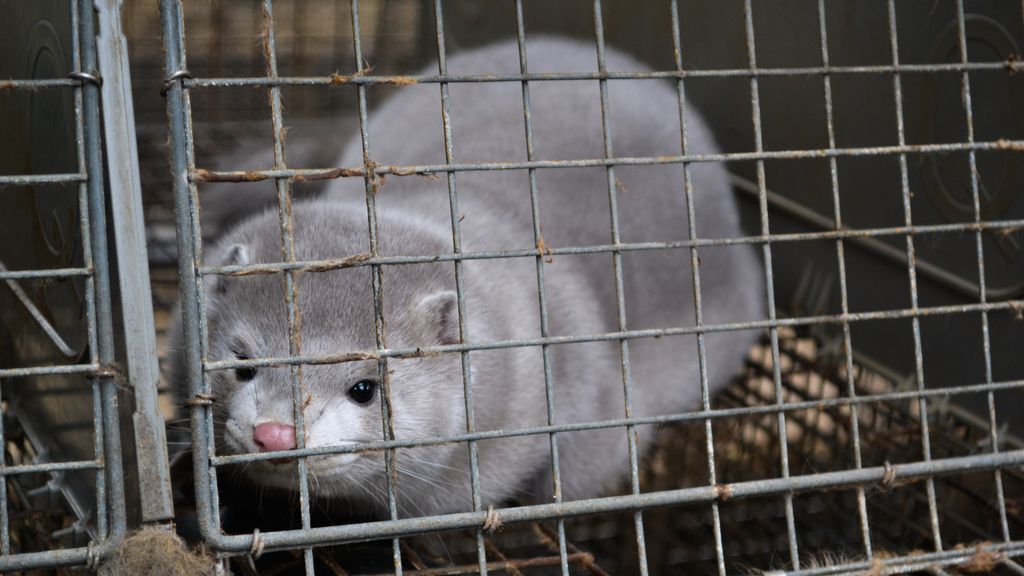 Last week, the Danish government announced plans to cull all farmed mink in the country to prevent spread of the novel coronavirus; now, legislators have dropped this plan, according to news reports.

Danish health authorities were initially concerned that a mutated version of SARS-CoV-2 could spread from mink to humans and render COVID-19 vaccines less effective, Live Science previously reported. The State Serum Institute, the Danish government’s public health and infectious disease arm, did find evidence that the virus mutated in mink and then got transmitted to humans, but that’s not enough evidence to say the virus changed in ways that would make vaccines ineffective.

“It’s almost never the case that it’s such a simple story of one mutation and all your vaccines stop working,” Emma Hodcroft, a molecular epidemiologist at the Institute of Social and Preventive Medicine in Bern, Switzerland, told Stat News.

Experts from Denmark and abroad expressed similar doubts that the new mutation would undermine a human vaccine, The Guardian reported. Meanwhile, some legislators and law experts argued that the Danish government cannot legally order the mass killing, noting that many people make their livelihoods from mink farming.

At this point, the Danish government has stopped trying to pass emergency legislation to cull the mink, according to The Guardian. But others argue that culling remains the best option, both for public health and animal welfare.

“If mink on a farm are infected, suffering respiratory problems and are not being culled, their welfare will also be seriously compromised,” Joanna Swabe, a policy adviser for Humane Society International, told The Guardian. “Mink, who are already stressed from the unnatural living conditions, experience severe respiratory distress before dying,” the Humane Society Veterinary Medical Association wrote in a statement. And life and death on a mink farm is no picnic even without COVID-19, according to National Geographic.

SARS-CoV-2 infections have been reported in mink around the world, including in the Netherlands, Spain, Sweden and the United States. Some infected minks show no symptoms, while others can develop nasal discharge, difficulty breathing and even pneumonia, Science Magazine reported. Just like older humans, older mink are more likely to die from the infection, according to a statement from the American Veterinary Medical Association.

Due to outbreaks on farms worldwide, thousands of mink have died from the infection itself, and thousands more have been culled to prevent further spread, Live Science previously reported.

But despite attempts to spot and snuff out the infection, mink farm workers and their contacts may still be catching SARS-CoV-2 from the animals at high rates. In a new study, published Nov. 10 in the journal Science, researchers surveyed 16 mink farms in the Netherlands for coronavirus infections among people. They tested 97 workers and their close contacts for the virus and found that 66, or 68%, of those tested had evidence of infection. Scientists analyzed the genetic sequence of the virus in some of these people.

“In most cases, these human sequences were near-identical to the mink sequences from the same farm,” but different from the variants spreading in the same region, the authors wrote. All that suggests people are catching the virus from infected mink.

While this mink-to-human spread may not affect how well vaccines work, in the long-term, mink farms represent “a pool of nonessential animals that could pose a risk to public health,” Swabe told The Guardian.

In general, factory farming, illegal wildlife trafficking, and the farming and consumption of wild animals create the perfect conditions for diseases to spread, mutate and then spill over into human populations, Live Science previously reported. Mink pose a similar risk, but unlike other animals, they aren’t farmed for food.

“So far it’s just luck that we are talking about mink rather than food animals,” Swabe said. “What if we get a zoonotic disease that affects pigs in the next pandemic? Or chickens? Mink can easily be culled, they are non-essential. It’s going to be harder to do that with food-animals.”