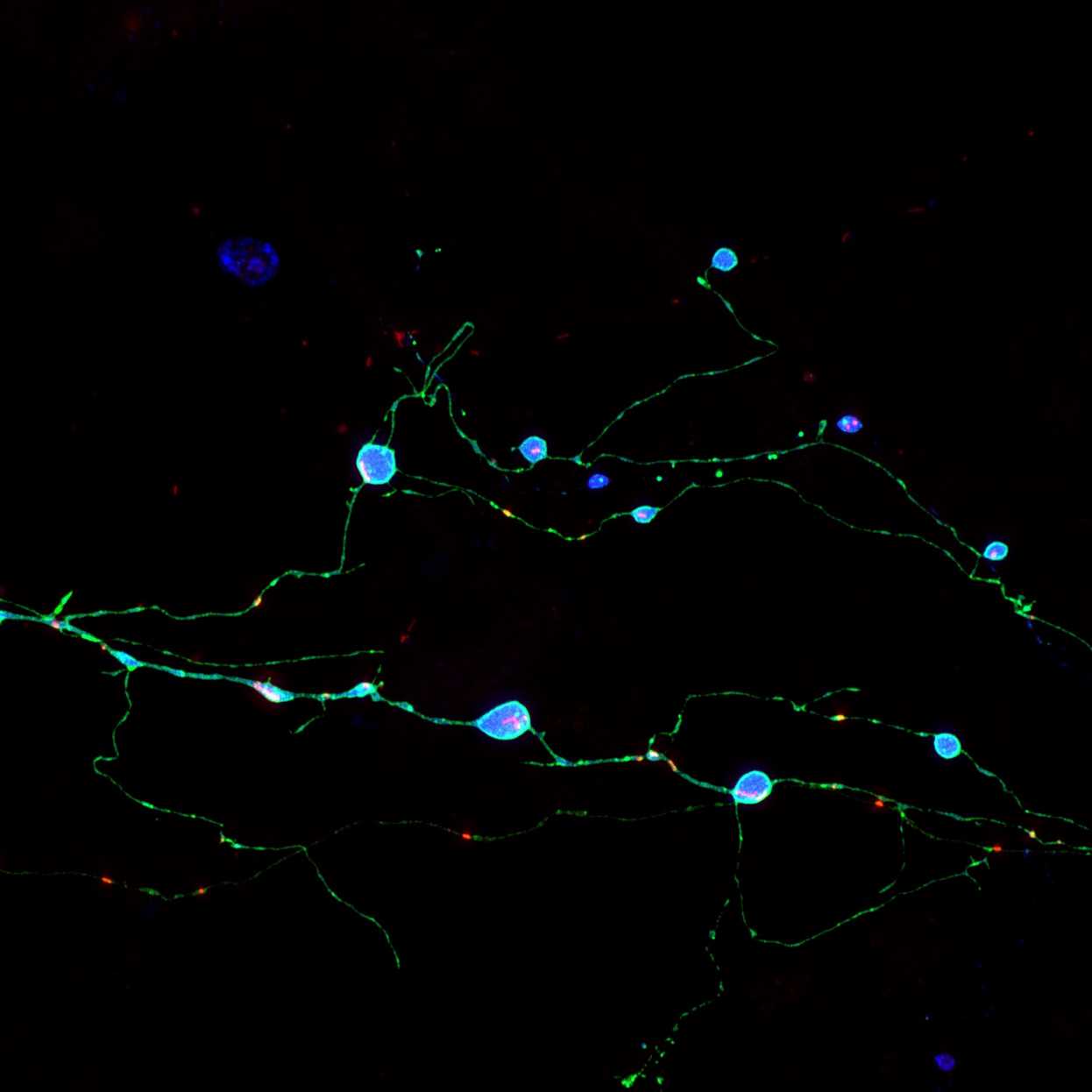 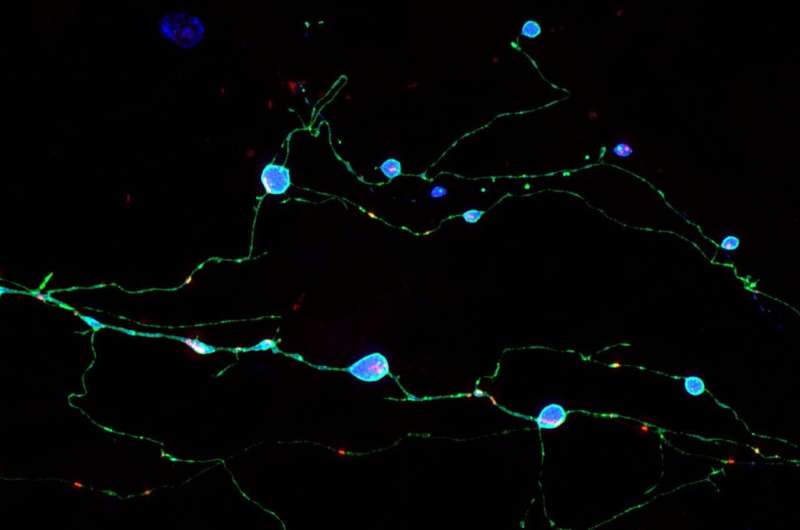 Prion diseases, such as Creutzfeldt-Jakob Disease (CJD), are fast-moving, fatal dementia syndromes associated with the formation of aggregates of the prion protein, PrP. How these aggregates form within and kill brain cells has never been fully understood, but a new study from scientists at Scripps Research suggests that the aggregates kill neurons by damaging their axons, the narrow nerve fibers through which they send signals to other neurons.

The accumulation of protein aggregates in axons, along with axonal swellings and other signs of dysfunction, are also early features of other neurodegenerative disorders including Alzheimer’s and Parkinson’s diseases. The discovery of how these prion aggregates form in axons and how to inhibit them, reported in Science Advances, may ultimately have a significance that goes far beyond prion diseases.

“We’re hopeful that these findings will lead to a better understanding of prion and other neurodegenerative diseases, as well as new strategies for treating them,” says study senior author Sandra Encalada, Ph.D., Arlene and Arnold Goldstein Associate Professor in the Department of Molecular Medicine at Scripps Research.

The researchers in their study closely observed mutant, disease-causing copies of the prion-disease protein PrP forming large aggregates in the axons of neurons, but not in the neurons’ main cell bodies. The formation of these aggregates was followed by signs of axon dysfunction and ultimately neuronal death. The scientists found evidence that neurons’ waste-disposal processes normally are able to cope with such aggregates when they are within or close to neurons’ main cell bodies, but are much less able to do so when the aggregates accumulate far out within axons.

The researchers also identified a complex of key proteins as being responsible for steering PrP into axons and causing aggregation associated with large axonal swellings. They demonstrated that by silencing any one of these proteins they could inhibit the aggregates from forming and protect the neurons from damage and death.

CJD is the most common human prion disease, occurring at the rate of about one case per million people per year worldwide. Most cases are thought to arise spontaneously when PrP somehow is altered in the brain and starts aggregating. Because these aggregates grow by a chain-reaction process that draws in healthy copies of PrP, they can transmit CJD in rare cases —for example, during corneal transplant surgery—from one person to another. About 15 percent of cases are hereditary, caused by mutations that make PrP more likely to aggregate. Prion disorders occur in other mammals and are thought to be due to similar toxic aggregations of different species’ PrP proteins.

In the study, Encalada’s team used mouse brain cells containing mutant PrP, along with microscopic motion-picture techniques, to study the initial accumulation of PrP aggregates in axons. A neuron’s axon is often very long in relation to its main body—the soma—and has been found to be uniquely vulnerable to disruptions of its delicate systems for transporting essential molecules and getting rid of waste.

PrP’s ordinary function in neurons has never been clear, but the protein appears to be normally secreted, via sac-like containers called vesicles, from the soma and the axon, where it sometimes returns to be recycled or degraded as waste. The researchers found in their experiments that mutant PrP produced in the soma is also largely encapsulated in vesicles that get moved into the axon along railways called microtubules.

This movement involves a somewhat complex vesicle trafficking system, and the researchers observed that this system shunts much of the PrP far out into axons, where PrP-containing vesicles gather and merge. Mutant PrP in this situation forms large aggregates—Encalada calls them endoggresomes—that axons can’t get rid of. The aggregates lead to axonal swellings, and other signs of dysfunction including reduced neuronal calcium signaling, and ultimately a much faster neuronal death rate compared to neurons with normal PrP.

The results point to the tantalizing possibility that prion diseases, and perhaps many other protein-aggregate diseases of the brain, can be prevented or treated by interrupting at least transiently the trafficking process that brings vesicle-encapsulated, aggregate-prone proteins out into axons.

“We’re very enthusiastic about discovering molecules that can inhibit this aggregate-forming pathway and studying the effects of such inhibitors in animal models of prion and other neurodegenerative diseases,” Encalada says.