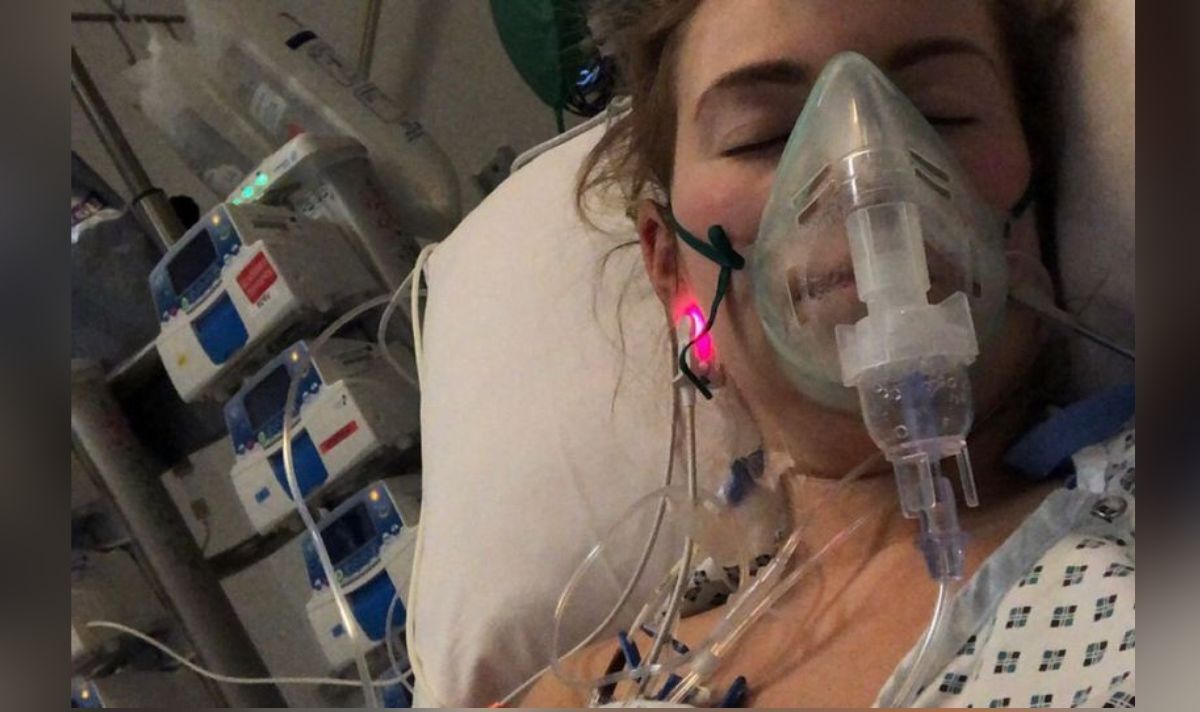 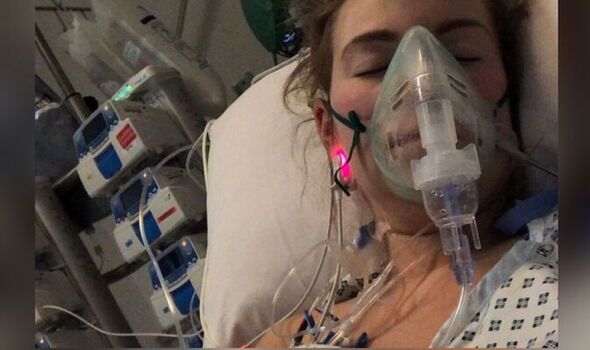 Olivia Bartlett has suffered with Type 1 Diabetes for 15 years and was recently diagnosed with Crohn’s Disease after a series of unbearable symptoms. The 30-year-old from Newtownabbey, North Belfast, said she had been passing blood and going to the bathroom up to 30 times a day.

Alongside these uncomfortable experiences, Olivia was vomiting and losing a lot of weight, reports Belfast Live.

In February 2020, she was rushed to hospital by ambulance, where she was diagnosed with ulcerative colitis – a long-term condition where the colon and rectum become inflamed.

This started months and years of treatment trials, some more successful than others, but all with the hope of avoiding the need for major surgery to have a stoma bag, something Olivia never wanted to happen.

Olivia, who is weeks away from one year with a stoma, she said she is now grateful for the stoma bag, which she says saved her life at a time where she was critically ill.

“I first became unwell in 2019. Before Christmas I was very fatigued and passing blood,” she said.

“I also had severe vomiting and diarrhoea. I was going to the toilet about 20 or 30 times a day and losing a lot of weight, I couldn’t keep anything down.

“I developed pneumonia and was on antibiotics. I was so fatigued, I couldn’t get out of bed.

“My diabetes then started to suffer and I was having out-of-control blood sugar levels. 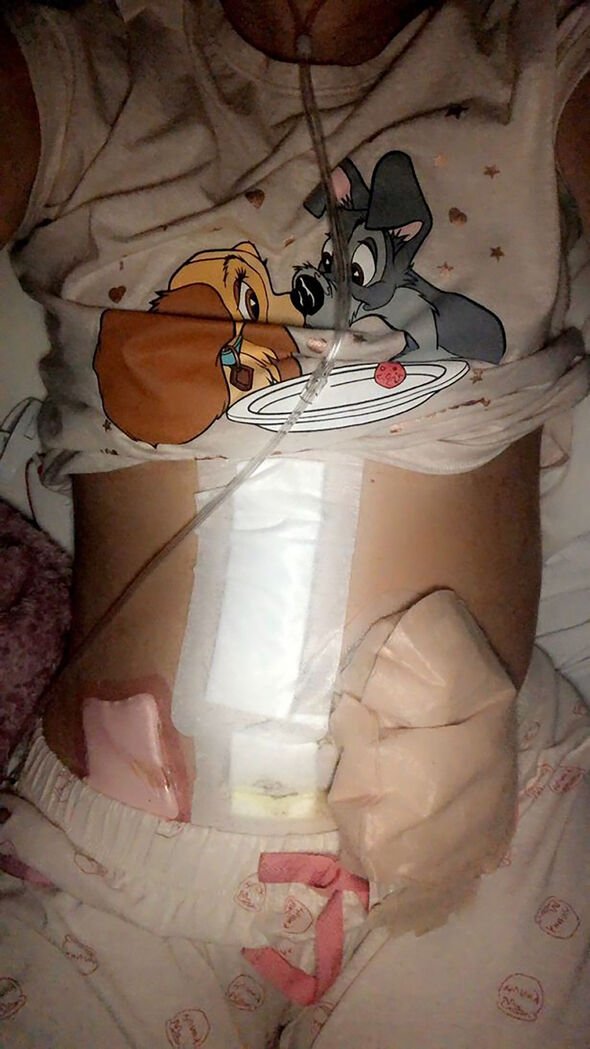 “I had thought I maybe had an intolerance to dairy or gluten so I cut that out of my diet, but it didn’t work.

“In February 2020, I was rushed to hospital by ambulance and that is when I was diagnosed with ulcerative colitis.

“I spent a few weeks in Antrim Hospital on different medications and trying out different methods of treatment.

“They had me on a lot of steroids, which made me put on a lot of weight and swell up really badly.

“I had pains all over my body and then my blood sugars were skyrocketing.

“I was in and out of hospital for two years, really violently ill. None of the treatments were working. I was on everything, infusions, tablets, injections.

“I was then diagnosed with crohn’s colitis because they couldn’t specify if it was either or.

“Every CT scan showed that by bowel was extremely ulcerated, and it would have perforated if they had of performed any full colonoscopies.

“Each treatment was just a different trial, to avoid a stoma bag.

“I was around 27/28 at the time, and I didn’t want a stoma bag, I was trying everything in the cupboard to avoid it, however my whole body just couldn’t copy with the medication.

“I was severely anaemic too, I was getting iron and blood transfusions, just very very sick.

“I had no quality of life, and couldn’t leave my house because I always had to be near a bathroom.” 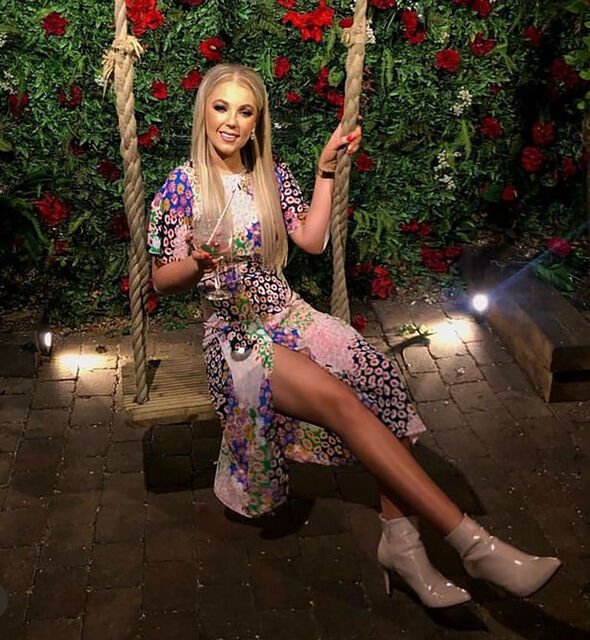 Olivia is very open about how her health journey had a negative impact on not just her physical health, but her mental health too.

As a once bubbly and very outgoing woman, she was beginning to feel more introverted and not interested in leaving her house.

Travelling for work as an air hostess, Olivia was always meeting new people and trying out different life experiences. But that part of her life was put on hold due to her health condition.

She said: “In August of 2021, I was back in Antrim Hospital again, severely ill and they tried a new treatment.

“The steroids were destroying me, my body, everything. People around me, my age, were out living their lives, and I was watching them from home and sick.

“So at the end of September I got the new treatment, and for my 30th birthday I had booked to go to a huge house in Lurgan with my family and friends, and it was supposed to be a weekend of celebrations.

“Things didn’t go to plan and I ended up in bed the whole Friday night, vomiting blood and couldn’t get off the bathroom floor, on the Saturday of my 30th birthday I ended up in an ambulance to Craigavon Hospital where I was admitted to re-suss.

“The surgeons came and explained to me that nothing else could be done, and that I needed emergency surgery for my large bowel to be removed, and a stoma bag.

“I was devastated. I was critically ill and if I didn’t get the surgery when I did, I probably wouldn’t have lived.

“I was critically ill in ICU for two weeks after the surgery.

“One week after it, I was brought back to theatre and they thought that my organs were shutting down and I took sepsis, I was on oxygen and critically ill again.

“They had to open my wound again and drain fluid from my stomach. When I brought onto the ward I ended up with clots in my lungs, I couldn’t breathe and couldn’t get out of bed.

“It was hard, but I soon came to realised that this stoma bag was giving me back a bit of quality of life and once I started to recover, and feel better, I was able to get on with my life.

“Physically, it was very tough, looking at my body with a stoma bag and a wound. I had 28 stapled down my stomach and I felt like I was a sick patient at 30 years of age.

“But I got up and tried my best to pull through the tough times and I did have really good days.

“After screaming and crying every day, I told the nurses I couldn’t live with a stoma bag – but when I was on social media I was looking on Instagram and TikTok for people in the same situation as myself and I found so much support online.

“I thought, I would love to be a source of support for people in my situation.

“I wanted to raise awareness and remove the stigma attached to people having stoma bags. I would be dead without it. I appreciate it every single day now. I can enjoy the little things in life again.

“Yes there are really hard days, but they make you a stronger person. I love my body more now, because of how much it has gone through.” 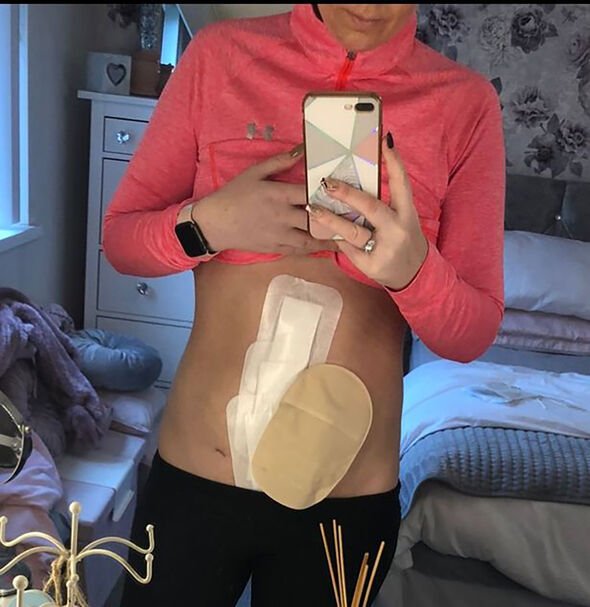 Olivia took the decision to use her Instagram platform to raise awareness for hidden illnesses and shows the good, the bad and the ugly side of living with a chronic disease.

Her page “Styling My Stoma” comes from her passion for fashion.

She said she should not have to stop her love for clothes and other nice things, just because she has a stoma bag.

“I want everyone out there to know that life doesn’t stop when you have a stoma bag,” she added.

“I would love more people to become aware of it, and decrease the stigma.

“People look at me and they wouldn’t know that I have this illness, because it’s not physically visible to them. It’s not invisible to me though.

“But other people just need educated on it more, that’s what I want to do. I don’t share my story for sympathy, I just want people to know that people can get through this.

“This chronic illness is hard to accept sometimes, and I feel like I have been sick for a long time. I suffered terrible sickness for many years, but my stoma bag has given back my quality of life. It cannot be reversed, and I am asked that a lot.

“Before I had a stoma bag, I didn’t know anything about it. So I am always so open with people, if they had questions. That is what I want to be able to do, I am always here to talk to anyone. Having a health condition is 24/7 but I try my hardest to get on with it.

“Six weeks ago I took a twist in my small bowel, and had to get another operation. That set me back again. I am not back to work just yet.

“All being well, I will be back to the way I was soon, and it is weird but this has been a good year for me – that is all down to my stoma bag, which I have named roma.”