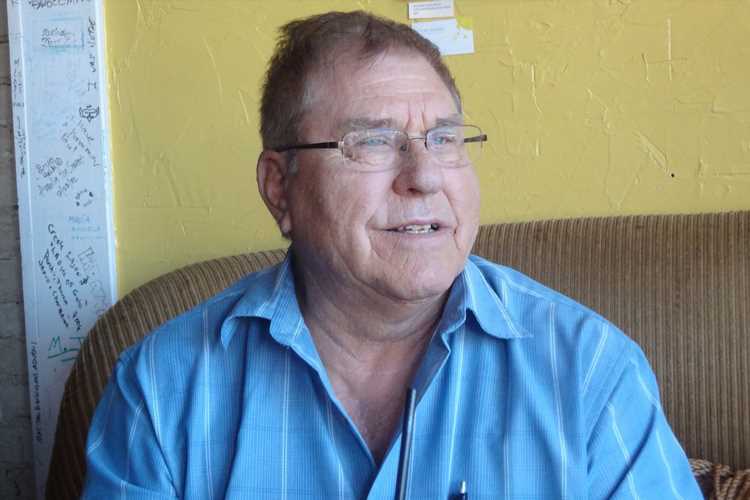 The obituary of Dr. Marvin J. Farr, an 81-year-old man from Kansas, has gone viral after his family called out anti-maskers and those who "refuse to wear a piece of cloth on their face to protect one another."

Farr died from the novel coronavirus on Tuesday at the Park Lane Nursing Home in Scott City, Kansas, according to a death notice posted on a local funeral home's website.

"He was preceded in death by more than 260,000 Americans infected with covid-19," the veterinarian's obit read. "He died in a room not his own, being cared for by people dressed in confusing and frightening ways. He died with covid-19, and his final days were harder, scarier and lonelier than necessary. He was not surrounded by friends and family."

Born in 1939 "into an America recovering from the Great Depression and about to face World War 2, times of loss and sacrifice difficult for most of us to imagine," Farr's obituary said that he "died in a world where many of his fellow Americans refuse to wear a piece of cloth on their face to protect one another."

Farr's son, Courtney Farr, said on Facebook that the family has received "vastly positive" responses to the obituary, though "I have seen a few negative comments, including claims that I made my father's obituary political."

"Well, his death was political," Farr wrote. "He died in isolation with an infectious disease that is causing a national crisis. To pretend otherwise or to obfuscate is also a political decision."

Courtney added that the tribute to father is "perfectly reflective of our relationship, something that a stranger would never understand."

"My father and I often didn’t see eye to eye on a lot of issues, though we shared a fundamental belief about caring for others. We were very different people, and I think we often struggled to understand one another," he wrote. "For me, there's an extra layer to his obituary, that it is political and that it will cause debate is fitting, it demonstrates the relationship between its subject and author."

In the obit, Farr was also described as a farmer who "filled his life with an understanding of the science of life: how to nurture it, how to sustain it, and the myriad ways that life can go wrong."

"He would look after those who had harmed him the deepest, a sentiment echoed by the healthcare workers struggling to do their jobs as their own communities turn against them or make their jobs harder," the tribute read. "He would also fail those who needed him the most at times, as he was still human, with his flaws and limits."

In addition to his children, Scott is survived by "numerous grandchildren, great-grandchildren, other family and loved ones," according to his obituary.

Farr's family said that a memorial will be held on a later date due to the ongoing COVID-19 pandemic.

As of Friday, there have been more than 14,331,200 COVID-19 cases in the United States and at least 277,600 deaths from coronavirus-related illnesses, according to a New York Times database.

As information about the coronavirus pandemic rapidly changes, PEOPLE is committed to providing the most recent data in our coverage. Some of the information in this story may have changed after publication. For the latest on COVID-19, readers are encouraged to use online resources from CDC, WHO, and local public health departments. PEOPLE has partnered with GoFundMe to raise money for the COVID-19 Relief Fund, a GoFundMe.org fundraiser to support everything from frontline responders to families in need, as well as organizations helping communities. For more information or to donate, click here.