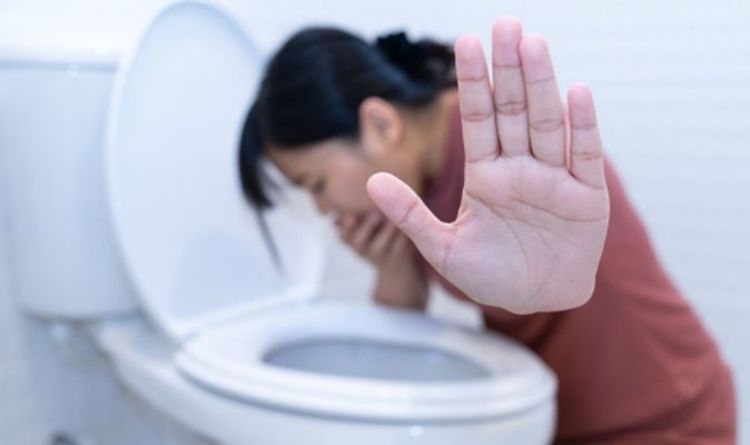 When you eat something infected with harmful bacteria, viruses or parasites, you get food poisoning. While it normally goes away within a week, food poisoning often means you have to stay off work or school. What are the symptoms of food poisoning, and how quickly do they come on?

More than 2.4 million cases of food poisoning occur every year in the UK, it is estimated.

Food poisoning can happen when food is not cooked, reheated, or stored correctly.

It can also happen if you eat something past its ‘use by’ date, or food that has been left out for too long.

If the person preparing your food hasn’t washed their hands or is ill, you can catch food poisoning.

READ MORE-  Can you wash chicken before cooking it? 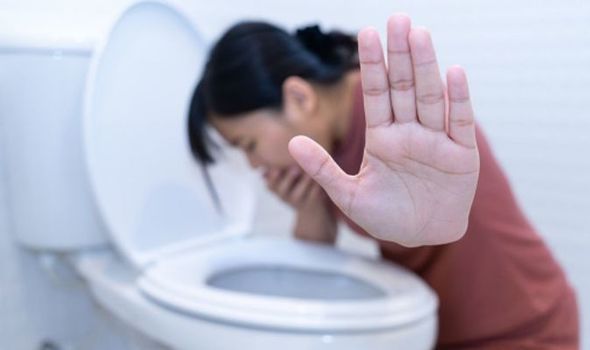 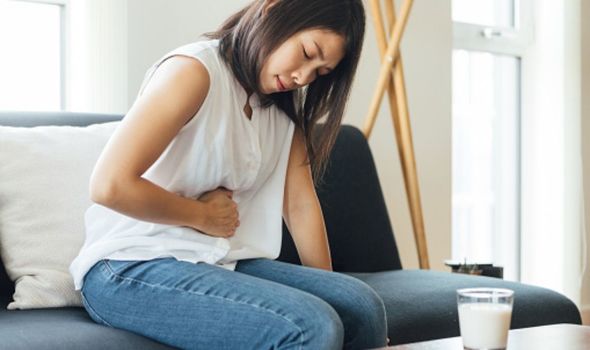 The most common cause of food poisoning is campylobacter bacteria, closely followed by salmonella bacteria, E Coli bacteria, and norovirus.

Campylobacter is found in the gut of animals and birds, and you will often catch it through contaminated shellfish and mushrooms or an infected pet.

Salmonella is mainly found in foods such as beef, chicken, eggs, cucumbers, melon, pistachios, tuna, sprouts, and other foods.

Sometimes you get E. coli infections through water contaminated with human and animal stool, or it is spread from person to person.

Norovirus is spread through close contract, touching surfaces, or through eating food that has been prepared or handled by someone with the virus. 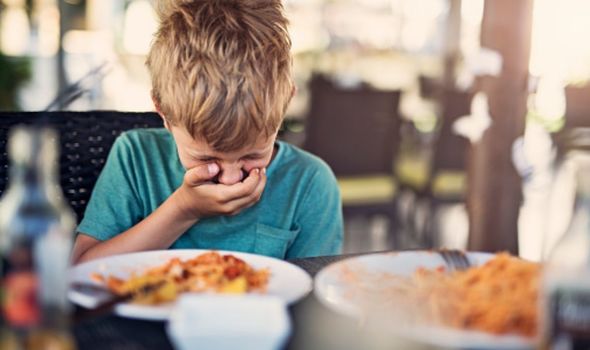 The symptoms of food poisoning differ depending on which bacteria or virus has infected you.

In general the symptoms are:

How quickly does food poisoning set in?

How quickly the food poisoning starts depends on which virus or bacteria you are infected with.

The symptoms of all food poisoning tend to start within a few days of eating the contaminated food.

However, sometimes they start just hours after or are delayed for a few weeks.

Salmonella tends to come on within 12 and 36 hours, whereas campylobacter symptoms start about two to seven days after. 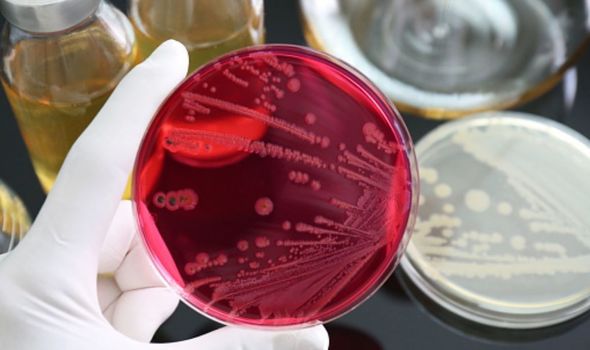 E. coli infection symptoms can start three or four days after exposure, but some people become ill a day or a week after infection.

If you have staphylococcus aureus poisoning, symptoms normally come within two to six hours.

Hepatitis A infection symptoms can occur between one to 36 hours after eating the spoiled food, and clostridium perfringens symptoms can take between eight and 24 hours to show.

To find out which food poisoning you have, you can get your stool tested in a lab.

How long do symptoms last?

Food poisoning normally subsides within a week, but again the length of time it lasts depends on the infection.

The symptoms of campylobacter, the most common cause of diarrhoea, usually last about a week.

Salmonella tends to be responsible for pain, diarrhoea, fever and vomiting and symptoms can last for four days or more.

The symptoms of E. coli infections such as fatigue, cramps, diarrhoea, low temperature and loss of appetite normally last five to ten days.