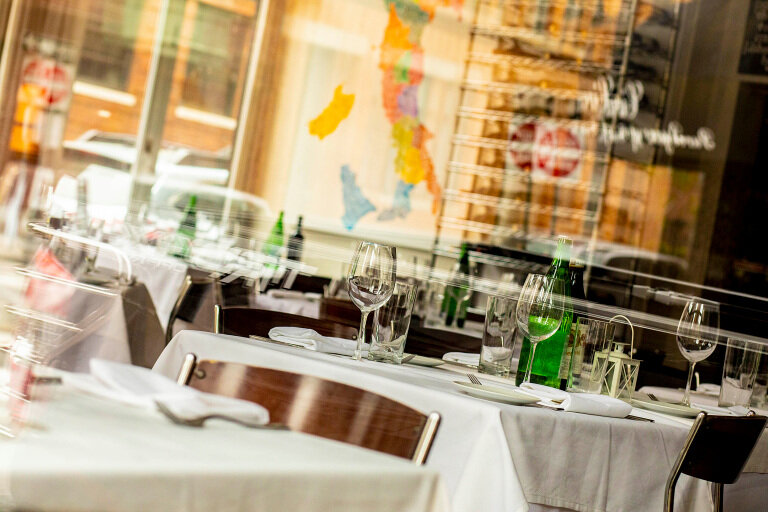 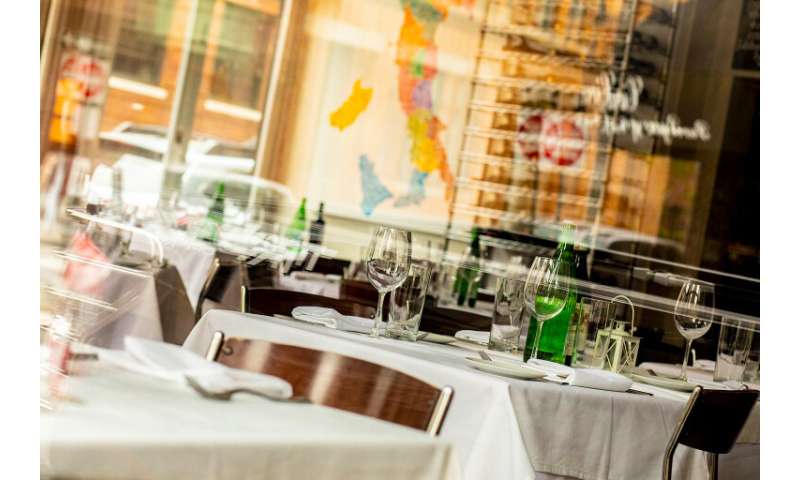 States are easing COVID-19 lockdowns, and many Americans are joyously leaping in with both feet, lowering their masks and their concerns about distancing as summer nears. But cases are continuing to rise in several states, and scientists expect a second wave in the fall. Based on public statements and news reports, however, there appears to be little will among some average Americans and a number of politicians and corporate executives to reinstitute the broad, economically costly closures of March, April, and May.

That is starting to make scientists and public health experts concerned.

“How are we going to manage the next round of mitigation efforts?” said Yonatan Grad, the Melvin J. and Geraldine L. Glimcher Assistant Professor of Immunology and Infectious Diseases at the Harvard T.H. Chan School of Public Health. “It’s not entirely clear to me whether there’s the political and social will that can sustain another round of community lockdowns. If not, what are we going to do?” Much remains in flux, but experts say that having had some experience with the disease and its treatment should prove a benefit.

Two recent studies in the journal Nature showed that the sweeping steps taken early in the pandemic were effective in curbing the coronavirus spread. One examined measures taken in 11 European countries and showed that they reduced transmission by 81 percent and saved 3 million lives. A second study showed that steps taken in six nations—including the U.S. and China—prevented more than 500 million new cases.

But these studies didn’t tease out the most effective components of programs that included things like wearing masks, distancing, limits on gathering sizes, travel restrictions, increased testing, contact tracing, quarantine, and self-isolation. Absent that information, officials face a tricky balance in selecting targeted steps to minimize what economists fear will be lasting economic damage and still keeping case numbers down.

“The question of how to balance this is the most crucial question our society has had to ask in decades, if not centuries,” said Michael Mina, Harvard Chan School assistant professor of epidemiology. “How do we balance these potentially catastrophic economic consequences with potentially catastrophic infectious disease consequences? …There’s no correct answer there.”

Around the world, several nations, including Germany, South Korea, Japan, Lebanon, and China, have delayed further easing or found it necessary to reimpose some controls after seeing cases spike. In the U.S., where President Trump has voiced opposition to a second lockdown, some governors have said proceeding through the phased easing of restrictions is dependent upon cases continuing to meet certain guidelines.

Mina said we should pay attention to what’s going on nationally today, because the country is in the midst of a real-time experiment, with different states opening at different speeds while at different points of their local epidemics. States in the Northeast, hit hard early, are reopening slowly after seeing cases decline, leaving some restrictions in place while easing others. Other states are reopening as cases plateau, while still others are doing so even as statewide cases continue to rise.

“In some places, bars are full. In others, people are being more wary. [The virus] will track whatever local conditions are,” said William Hanage, associate professor of epidemiology at the Harvard Chan School. “If we keep making contacts and we let the virus transmit, the outlook is grim. … The only thing we can be sure of is, given more opportunities to transmit, the virus will transmit more.”

Whatever a new round of restrictions may look like, it is unlikely to mirror the last. Not only is there little appetite for broad shutdowns, experience gained and advances made in the past few months—in particular, changes within the health care system and advances in testing —will make a difference in what future responses look like.

“We have about the same arrows in our quiver, but some are getting sharper,” said Marc Lipsitch, professor of epidemiology and director of the Center for Communicable Disease Dynamics at the Harvard Chan School.

Though testing still is not available for everyone everywhere, the diagnostic tests for active infection have grown more accurate and widespread. A key improvement, according to Mina, will be tests that can utilize samples taken from swabs of the front of the nose rather than more deeply in the nasopharynx, because they can be done more easily by individuals and sent to a lab.

Still being developed is an inexpensive, disposable test—akin to a home pregnancy test—that people could use regularly, if not daily, to monitor their own health, and then stay home from school or work if they test positive. The advent of inexpensive, convenient testing, Mina said, is a potential game-changer in the fight to reopen society safely.

“I think there’s lots of different ways we’re going to see testing being used to get students back into universities and get businesses back to work,” Mina said.

The landscape for the second major type of test—serologic or antibody testing that can detect past infections—has changed even more dramatically, Mina said. These tests have become more accurate recently and are of enormous value to public health leaders because they provide an indication of how wide the virus has spread and what progress has been made toward “herd immunity,” where enough of the population has been exposed to interfere with transmission. Recent serology test results, however, indicate that our immunity on a population level is around 5 percent, well below the 50 to 70 percent thought to be necessary to interrupt transmission.

“It means there’s a very, very long way to go before we have population-level immunity,” Mina said.

Sarah Fortune, chair of the Harvard Chan School’s Department of Immunology and Infectious Diseases, said the enhanced testing capacity may enable more-effective use of contact tracing by identifying more of those infected so people they may have exposed can be tracked and isolated before they pass the virus along.

“We clearly have vastly more testing capacity than we did when we had to shut down the first time,” Fortune said. “What that’s going to allow us to do is not just test symptomatic individuals, but contacts of symptomatic individuals. That will allow us to be smarter and to understand, through our contact tracing, what infection is likely to occur.”

Enhanced testing can also underpin additional safeguards for those most vulnerable to COVID-19, Hanage said. While it may be uncertain which measures best protect the general population, it has become clear that a more targeted response should include additional steps—likely built upon more testing—to protect the elderly, especially those in nursing homes and other elder care facilities.

Another reason a second response will be different is changed circumstances in the health care system. Paul Biddinger, chief of Massachusetts General Hospital’s Division of Emergency Preparedness, director of the MGH Center for Disaster Medicine, and associate professor of emergency medicine at Harvard Medical School, said having fought COVID once puts them way ahead should there be a second round.

“We’ve now cared for thousands of COVID patients and looked at the data. We’re at a point in this outbreak where we can safely care for COVID patients,” Biddinger said. “The fact that we’ve done it once does mean we can do it again—faster—if we have to.”

Cases have fallen enough that wards that had been converted to intensive care are being restored to their original purposes, Biddinger said. Staff are also returning to their original assignments, with some saying they’re ready to again care for COVID patients should the need arise.

Ideally, Biddinger said, the health care system will not only handle future outbreaks more easily, but also handle them well enough that care for other conditions is never again put on hold.

Though an effective vaccine is still months—and perhaps years—away, another potential game-changer is the emergence of an effective treatment. The antiviral drug remdesivir has been shown to shorten the course of illness for the most severely ill and some expressed hope that, if given earlier, it could prevent serious illness altogether. A recent study by researchers at the National Institutes of Health provides hope that that might be the case, showing that rhesus macaques given remdesivir 12 hours after SARS-CoV-2 infection didn’t develop respiratory disease and had reduced lung damage.

Biddinger said other drugs in the pipeline are even more promising, and strategies like using drugs in combination—which revolutionized the fight against HIV—may prove important.

Even though the path ahead may not be clear, Grad said it’s important to have discussions about thresholds that might signal the need for new restrictions and to begin to think about what those steps might be.

“What is the trigger for reintroducing mitigation efforts?” Grad said. “As you lift social distancing, you can expect a resurgence of cases as susceptible people are available and since we’ve not hit herd immunity.”

When it comes to indicators, those that provide the longest lead time are better, Hanage said. Worst would be rising numbers of fatalities, because deaths lag rising cases by weeks. Next-worst, he said, would be to wait until numbers of those hospitalized or seriously ill rise. Better would be to monitor indicators that might provide an early view of rising case numbers, such as routine testing of those seeking primary care and not necessarily ill yet.

Innovative approaches are also emerging that could allow officials to catch a new outbreak early. Smartphone apps that encourage users to input symptoms and new test results daily can provide an overview of a community, as can approaches such as wastewater monitoring for SARS-CoV-2 genetic material, which, by tracing pipes that serve different neighborhoods, can provide a view of the virus’ occurrence in the population.

Whatever the mix that emerges, other nations have already shown that controlling the coronavirus is possible. On Monday, China, where the pandemic began, reported just five new cases and no new deaths, while New Zealand, after 1,500 cases and 22 deaths, declared itself coronavirus-free and allowed its 5 million people to move around freely. And nations that fared worse in the pandemic’s first wave will have time to learn from that difficult experience, Hanage said.