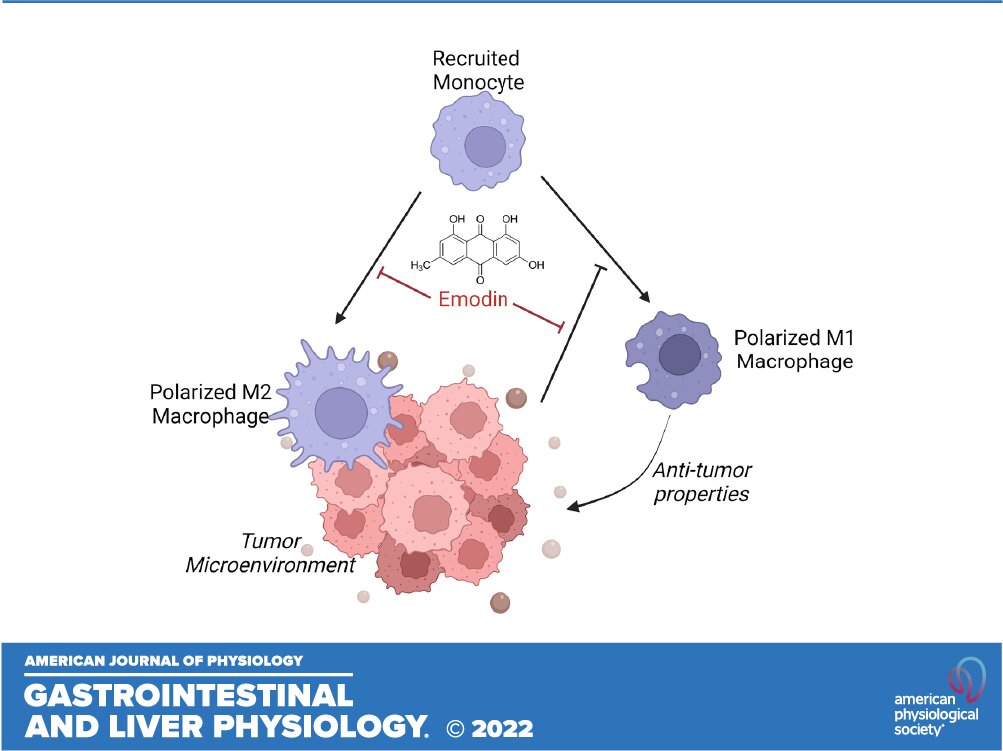 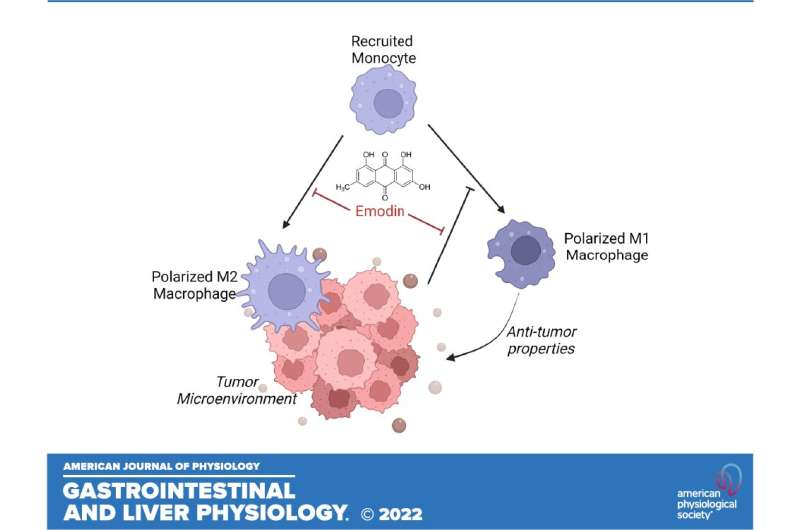 The active compound in Chinese herbs called emodin can prevent colon cancer in mice, according to researchers at the University of South Carolina School of Medicine. Physiologists conducting this study say this is likely due to emodin’s ability to reduce the number of pro-tumor macrophages (a type of immune cell that can promote tumorigenesis). The study is published ahead of print in the American Journal of Physiology-Gastrointestinal and Liver Physiology and has been chosen as an APSselect article for March.

In addition to examining whether emodin could prevent colon cancer, researchers specifically wanted to know if its cancer-fighting properties “could be attributed to its actions on immune cells and particularly macrophages,” said Angela Murphy, Ph.D., co-author of the study. Emodin was shown in this rodent model to reduce both polyp count and size. Also, mice treated with emodin “exhibited lower protumorigenic M2-like macrophages in the colon,” researchers wrote in the study.

According to Murphy, approximately 70% of colon cancer cases can be attributed to diet or other lifestyle factors. This study raises hope that daily consumption of fresh fruits and vegetables containing emodin could prevent colon cancer in humans.