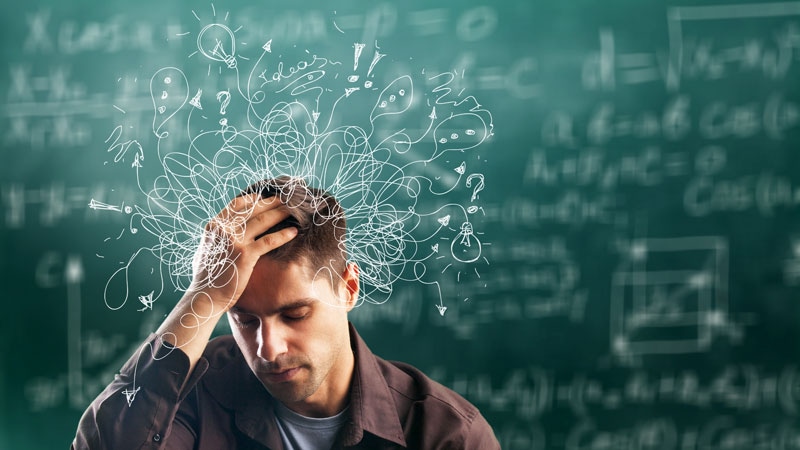 Results from the sham-controlled trial also showed that the tDCS treatment was both safe and well tolerated.

Overall, the findings suggest that the device could be a nondrug alternative for treating this patient population, Douglas Teixeira Leffa, MD, PhD, Department of Psychiatry, Universidade Federal do Rio Grande do Sul, Porto Alegre, Brazil, and colleagues note.

“This is particularly relevant since a vast body of literature describes low long-term adherence rates and persistence to pharmacological treatment in patients with ADHD,” they write.

The findings were published online August 3 in JAMA Psychiatry.

A noninvasive technique that is easy to use and relatively inexpensive, tDCS involves applying a low-intensity current over the scalp to modulate cortical excitability and induce neuroplasticity. Home-use tDCS devices, which avoid the need for daily office visits for stimulation sessions, have been validated in previous clinical samples.

The current study included 64 adults with ADHD who are not taking stimulants. They had moderate or severe symptoms of inattention, with an inattention score of 21 or higher on the clinician-administered Adult ADHD Self-Report Scale version 1.1 (CASRS).

The CASRS includes nine questions related to inattention symptoms (CASRS-I) and nine related to hyperactivity-impulsivity symptoms (CASRS-HI). The score can vary from 0 to 36 for each domain, with higher scores indicating increased symptoms.

The tDCS device used in the study delivered a current with 35-cm2 electrodes (7 cm × 5 cm). The anodal and cathodal electrodes were positioned corresponding to the right and left dorsolateral prefrontal cortex (DLPFC), respectively.

The investigators note that decreased activation in the right DLPFC has been reported before in patients with ADHD during tasks that require attention.

After learning to use the device, participants underwent 30-minute daily sessions of tDCS (2-mA direct constant current) for 4 weeks for a total of 28 sessions.

Devices programmed for sham treatment delivered a 30-second ramp-up (0-2 mA) stimulation followed by a 30-second ramp-down (2-0 mA) at the beginning, middle, and end of the application. This mimicked the tactile sensations reported with tDCS and has been shown to be a reliable sham protocol.

Participants were encouraged to perform the stimulation sessions at the same time of day. To improve adherence, they received daily text message reminders.

Nine patients discontinued treatment, two in the sham group and seven in the active group. However, patients who finished the trial completed a mean 25 of 28 sessions.

The mean inattention score on CASRS-I at week 4, the primary outcome, was 18.88 in the active tDCS group vs 23.63 in the sham tDCS group. There was a statistically significant treatment by time interaction for CASRS-I (beta interaction, -3.18; 95% CI, -4.60 to -1.75; P < .001), showing decreased inattention symptoms in the active vs sham groups.

The estimated Cohen’s d was 1.23 (95% CI, .67-1.78), indicating at least a moderate effect. This effect was similar to that reported with trigeminal nerve stimulation (TNS), the first approved device-based therapy for ADHD, and to that of atomoxetine, the second-line treatment for ADHD, the researchers note.

About one third of patients (34.3%) in the active tDCS group achieved a 30% reduction in CASRS-I score compared with 6.2% in the sham tDCS group.

There were also no significant group differences in other secondary outcomes, including depression, anxiety, and executive function.

Adverse events (AE) were mostly mild and included skin redness and scalp burn. There were no severe or serious AEs.

Using a home-based tDCS device allows for considerably more sessions, with 28 being the highest number so far applied to patients with ADHD. This, the researchers note, is important because evidence suggests increased efficacy of tDCS with extended periods of treatment.

The home-based device “opens a new window of opportunity, especially for participants who live in geographically remote areas or have physical or cognitive disabilities that may hinder access to clinical centers” they write.

Patients received training in using the device, but there was no remote monitoring of sessions. In addition, the study population, which was relatively homogeneous with participants having no moderate to severe symptoms of depression or anxiety, differed from the usual patients with ADHD who are treated in clinical centers, the researchers point out.

As well, the study included only patients not taking pharmacologic treatment for ADHD — so the findings might not be generalizable to other patients, they add.

Commenting for Medscape Medical News, Mark George, MD, distinguished professor of psychiatry, radiology and neurology, Medical University of South Carolina, Charleston, noted that although this was a single-center study with a relatively small sample size, it is still important.

Showing it is possible to do high quality tDCS studies at home, “is a huge advance,” said George, who was not involved with the research.

“Home treatment is cheaper and easier for patients and allows many people to get treatment who would not be able to make it to the clinic daily for treatment,” he added.

He noted the study showed “a clear improvement in ADHD,” which is important because better treatments are needed.

However, he cautioned that this is “just a first step” and more studies are needed. For example, he said, it is not clear whether improvements persist and if patients need to self-treat forever, as they would with a medication.

George also noted that although the study used “a pioneering research device” with several safety features, many home-based tDCS devices on the market do not have those.

“I don’t advise patients to do this now. Further studies are needed for FDA approval and general public use,” he said.