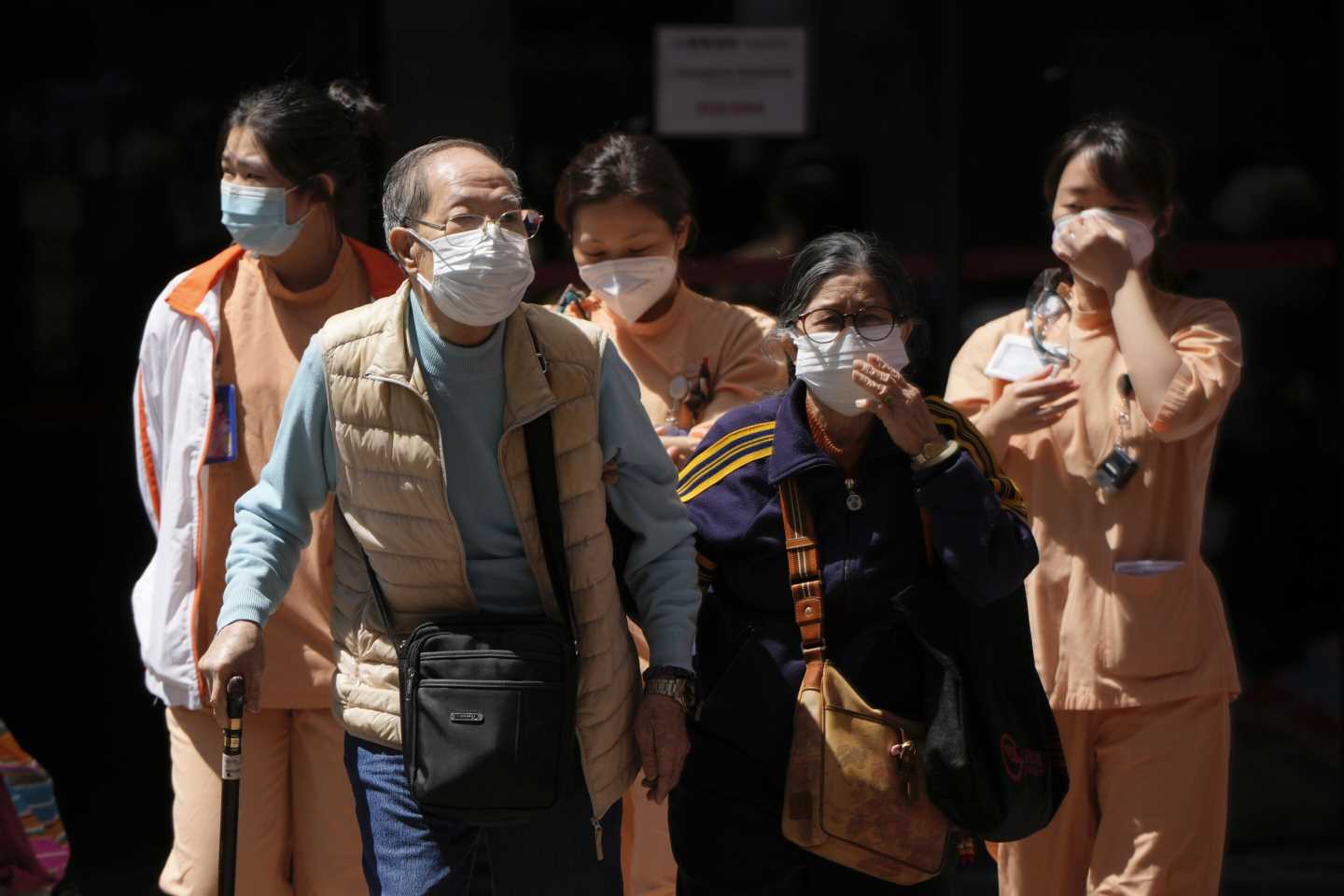 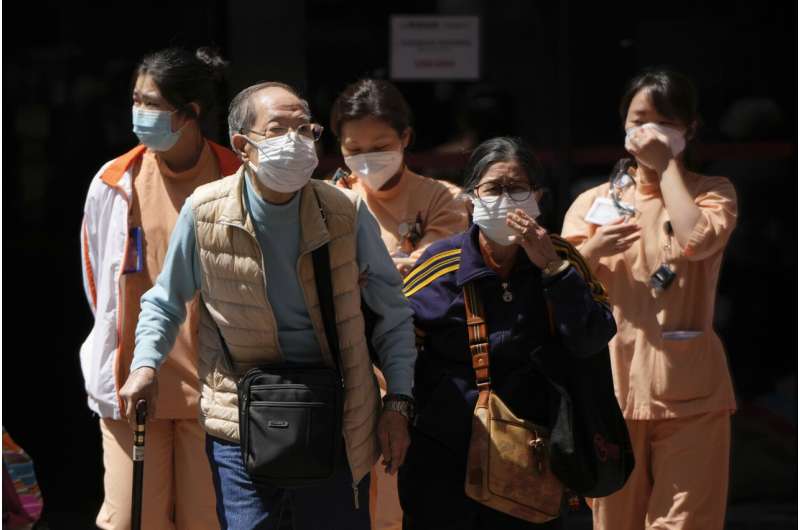 Hong Kong leader Carrie Lam said Wednesday that reducing the skyrocketing number of deaths in the latest coronavirus surge is the city’s priority, putting a plan to test the entire population on hold in the latest flip-flop in the government’s pandemic response.

Lam said there is “no specific time frame” for a citywide testing, two weeks after she announced it would happen this month. Her earlier announcement, coupled with rumors of an accompanying lockdown of the city, left store shelves bare as residents stockpiled daily necessities.

“Now the situation is that planning and preparation are still underway, but it is not a priority to do (mass testing). When to do it will be a collective decision, and will take into account the opinions of experts,” said Lam.

“If we are going to do it properly, we have to tell people that until you’ve got a negative result, you can’t go out and about.”

The city of 7.4 million people is in the grip of a spiraling omicron outbreak that has swamped hospitals and morgues and reduced hours or shut restaurants and other shops in the normally bustling financial hub.

More than 500,000 infections and over 2,600 deaths have been recorded since the fifth wave began at the end of December, with many of the victims among the unvaccinated elderly. 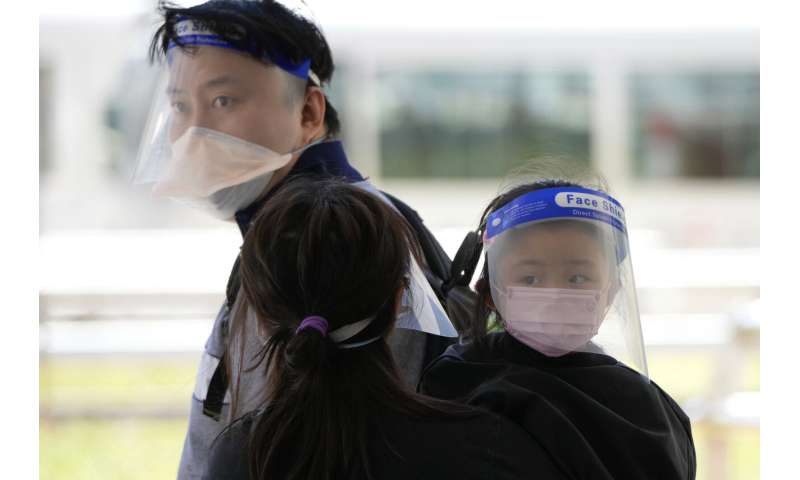 The government is focusing on reducing the number of deaths and critical cases, as well as the rapid spread of the virus, Lam said at a news conference with other senior officials and the slogan “Combating the Epidemic with Staunch National Support” in the background.

Any citywide test would depend on the trend of the epidemic, she said. “If we are going to do it … we will certainly announce as early as possible so that the public can participate and can anticipate what’s going to happen during the period.”

To reduce the number of deaths, infected patients will be treated centrally, with the city’s Queen Elizabeth Hospital becoming a dedicated hospital for COVID-19, she said. Some 1,500 beds will be set aside.

Some general wards in other hospitals will also be converted into COVID-19 beds, and an emergency hospital will be built by mainland authorities for the city that will be supported by medical staff from elsewhere in China. 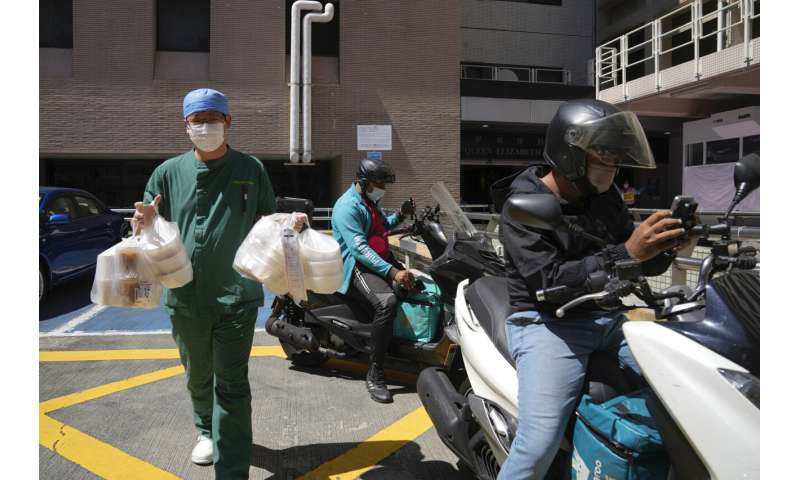 The city on Wednesday reported a total of 58,750 new infections, more than 32,000 of which were detected via rapid antigen tests. Hong Kong also reported 195 deaths, taking the total number since the pandemic began to 2,869.

Mainland China is also grappling with a surge in new cases, though much smaller than in Hong Kong. Another 233 cases of domestic transmission were reported Wednesday, bringing the total to 899 since the daily count leaped back into the triple digits last Friday—the highest figures since 2020, soon after the original outbreak in the central city of Wuhan was detected.

The bulk of the most recent cases have been found in the northeastern province of Jilin, more than 2,000 kilometers (1,200 miles) north of Hong Kong, along with the east coast province of Shandong. Beijing itself recorded six new cases. 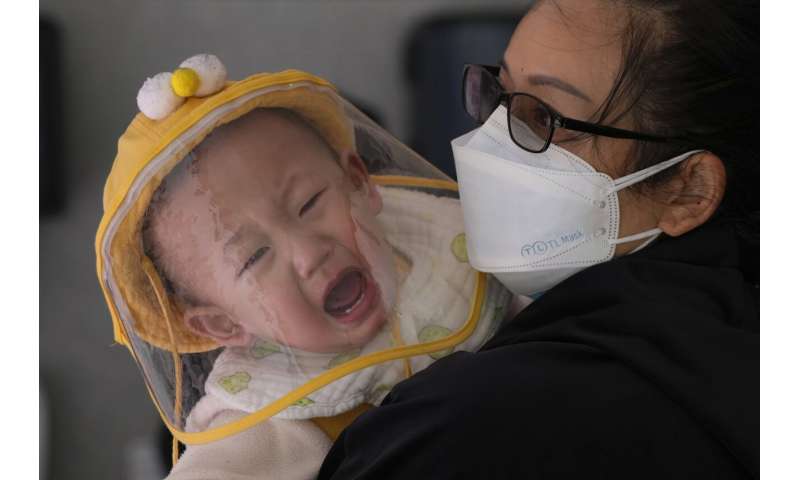 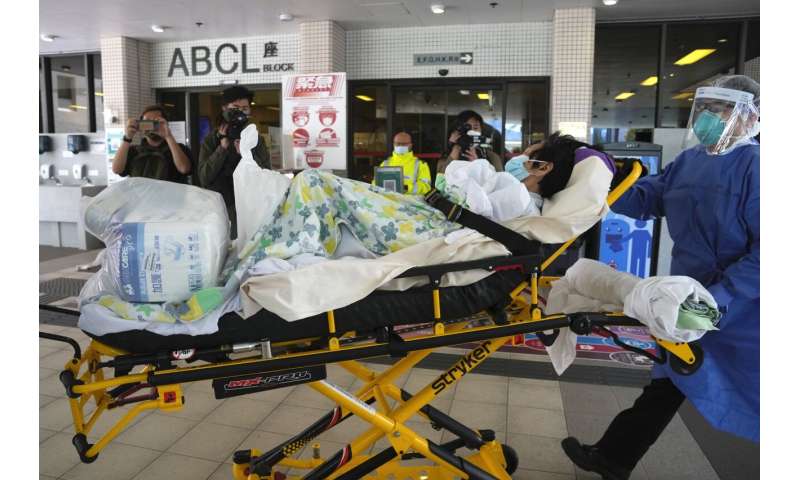 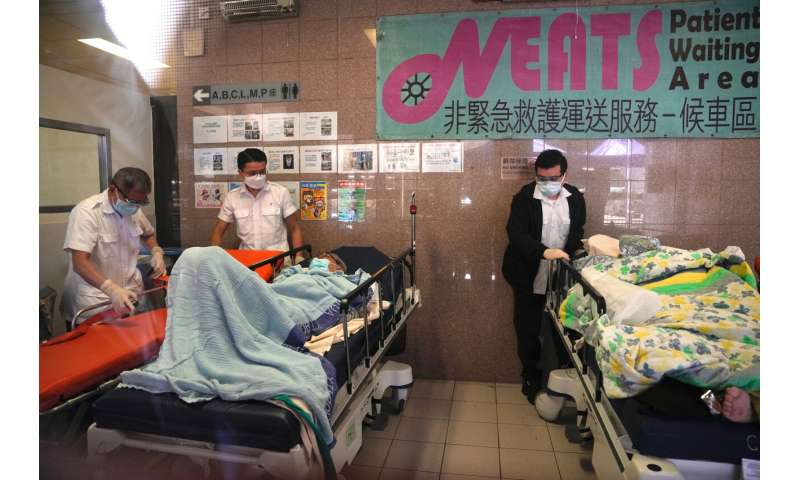 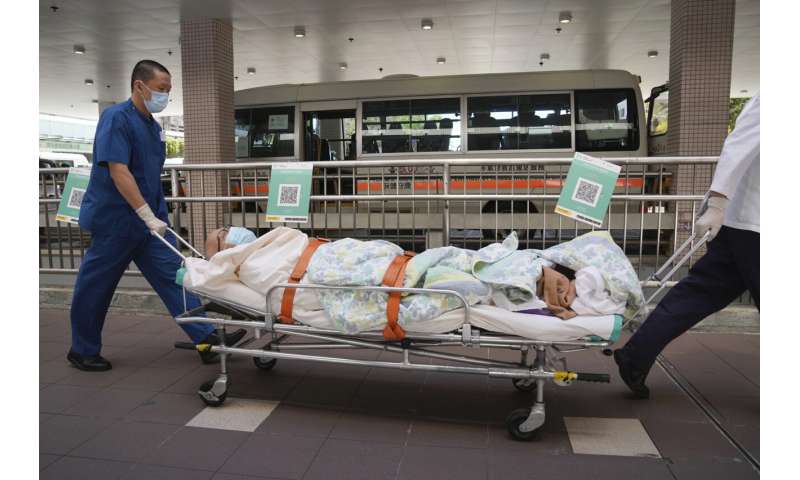 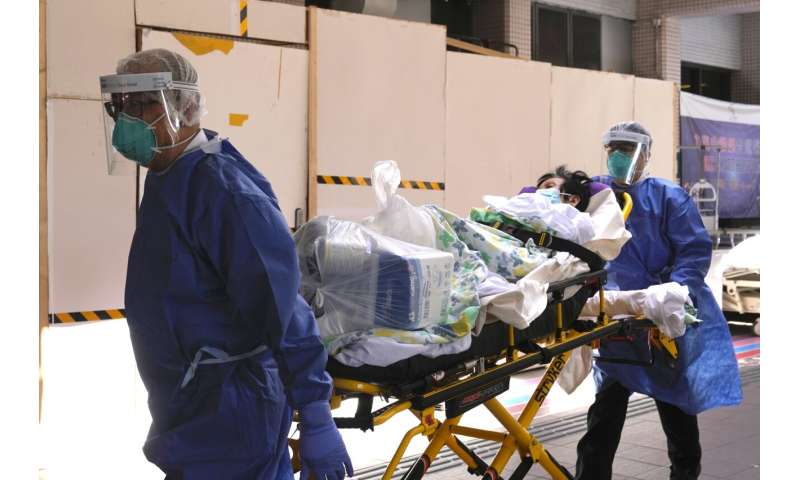 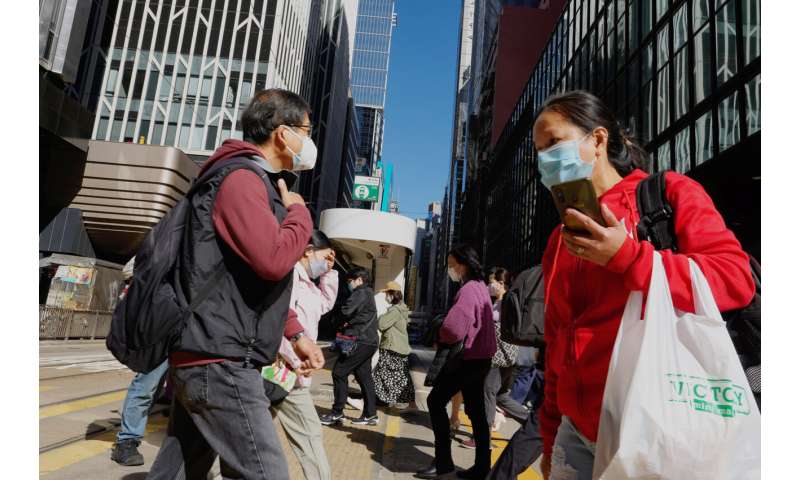 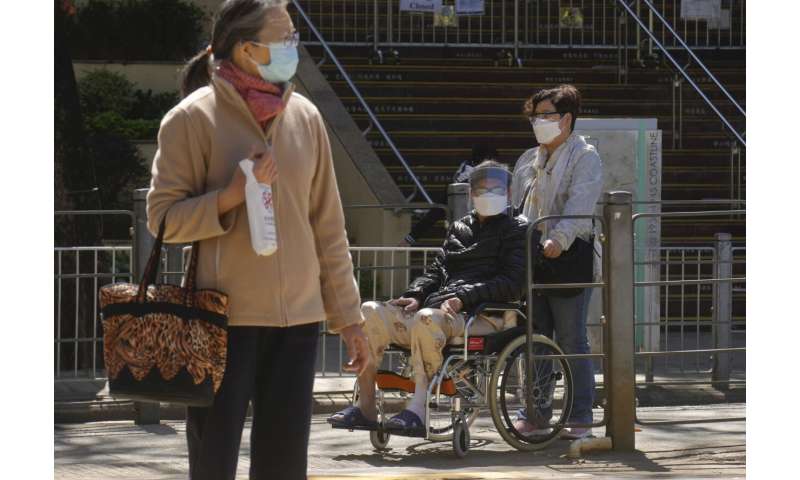 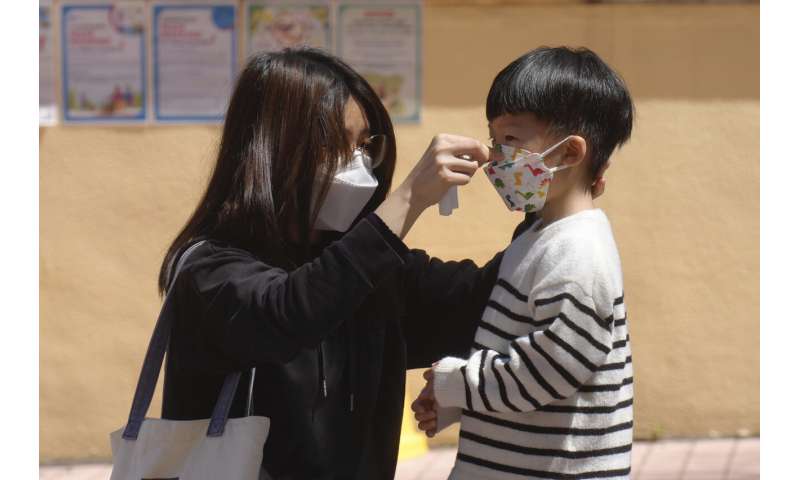 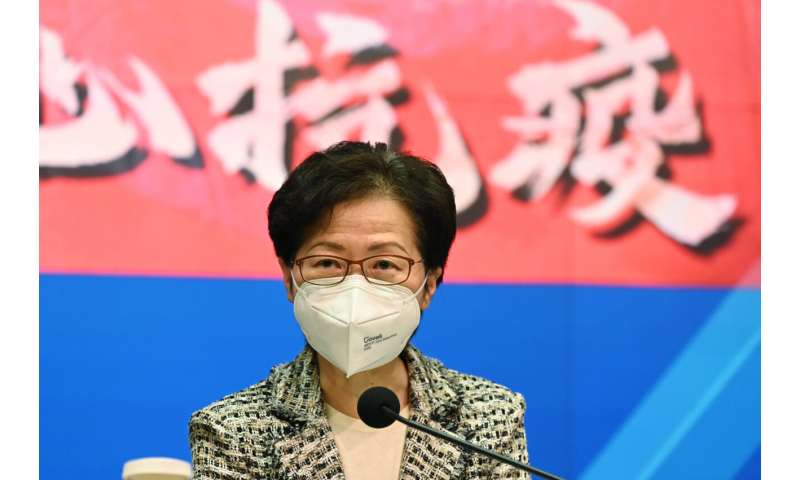 China has instituted mass testing and lockdowns of specific neighborhoods, but there have been no reports that entire cities have been sealed off, which happened in the runup to the recently completed Winter Olympics in Beijing.