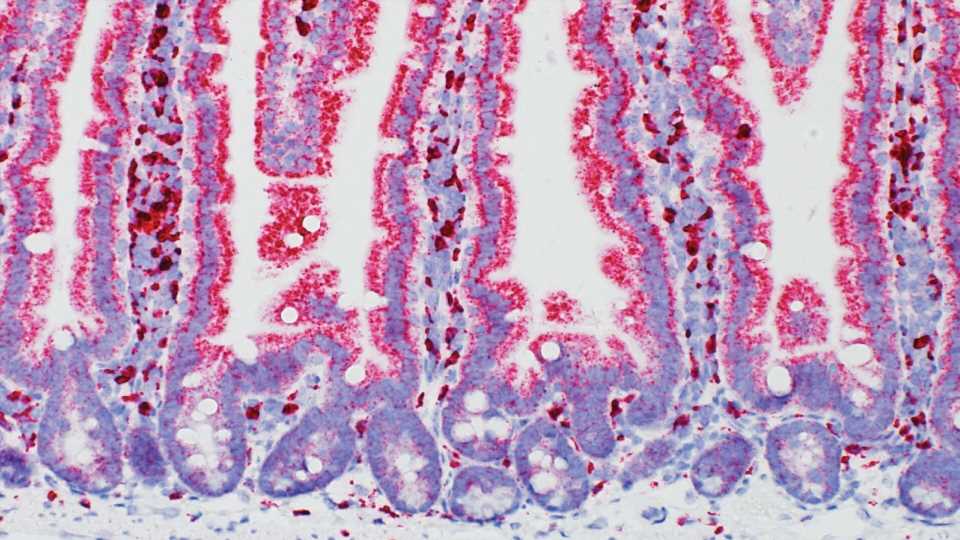 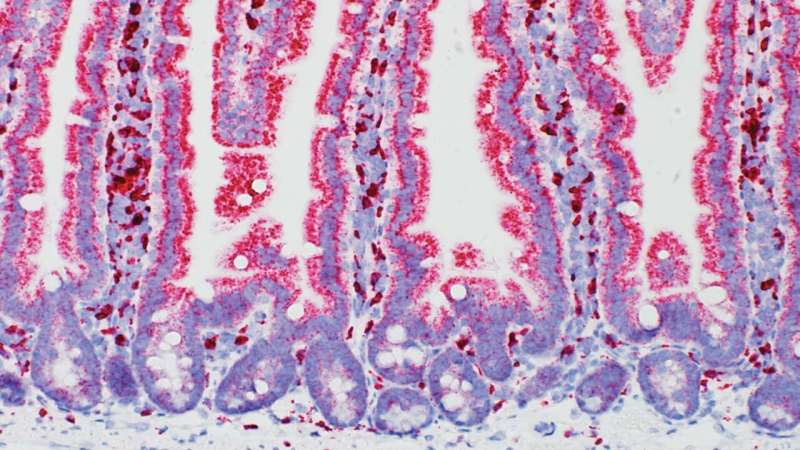 A high-fat diet increases the incidence of colorectal cancer. Cold Spring Harbor Laboratory Fellow Semir Beyaz and collaborators from Harvard Medical School and Massachusetts Institute of Technology have discovered that in mice, fat disrupts the relationship between intestinal cells and the immune cells that patrol them looking for emerging tumors. Reconfiguring the gut microbiome may be a way to heal the relationship.

The immune system patrols tissues looking for and eliminating threats. Certain immune cells look for tags that distinguish between normal and abnormal cells. One tag, called MHC-II, helps target cells for destruction. Cell-surface MHC-II activates the immune system to destroy that cell, whether it is just worn out or about to become cancerous. Beyaz and his colleagues found that when mice ate diets high in fat, MHC-II levels were suppressed in intestinal cells. Cells with reduced levels of these tags were not recognized as abnormal and thus could grow into tumors. Charlie Chung, a Stony Brook University graduate student-in-residence in Beyaz’s lab, says, “If we alter the level of these immune recognition molecules in a positive way, then the tumor will more likely be recognized by the immune cell. We hope this can be coupled with the existing strategies, such as immunotherapy, to eradicate tumors.”

The researchers found that a high-fat diet changed the mouse’s intestinal microbiome (the mixture of microbes in the gut). Several bacteria, including ones called Helicobacter, increase MHC-II, which may help immune cells locate abnormal cells. The team did a “dirty roommate” experiment where mice without these bacteria were housed with ones that had it. The “clean” mice became infected with the Helicobacter bacteria and produced more of the MHC-II tag. 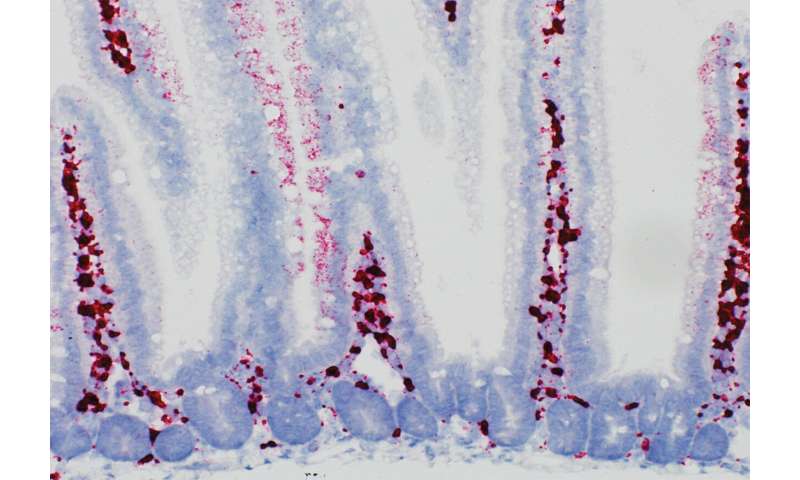 The scientists’ findings suggest a new way to boost current immunotherapy treatments against cancer. Increasing the production of this MHC-II tag, either by diet, drugs, or changing the microbes in the body, can help the immune system recognize and eliminate cancer cells. Beyaz says:

“This interaction between diet, microbes, and immune recognition has the potential to help us explain how lifestyle factors can contribute to tumor initiation, progression, or response to therapy.”

Cancer cells use many tricks to avoid being recognized as abnormal by the immune system, but Beyaz hopes he’s found several ways to outwit them.