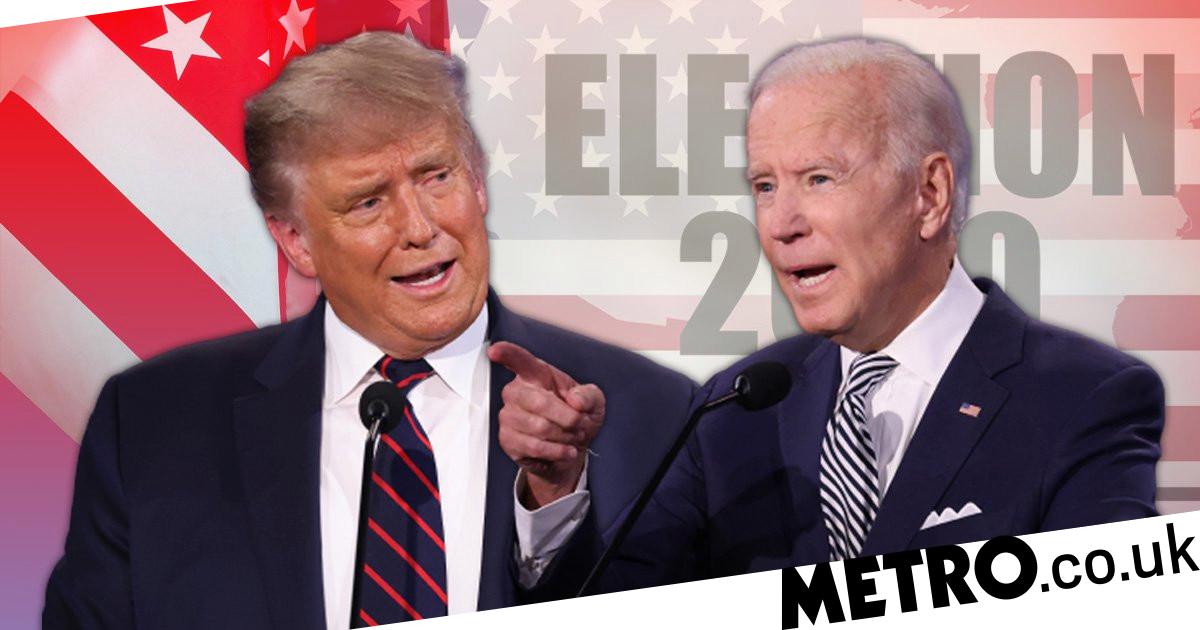 Despite the fact that there is not a UK election scheduled for this year, there is another major election coming up which could, for good reason, be making you feel pretty anxious.

We all remember where we were and how we felt when we learned the results of the last presidential election in the United States – and now it’s nearly time for us to go through a similarly high-stakes election once again.

Since the US is a global superpower, it makes sense to hope that the nation has a leader who knows what they’re doing.

As a major player on the world stage, the US is a hugely powerful economic force to be reckoned with, and could very easily help turn the tide against vital global issues such as climate change – with the right president that is.

So, it makes sense that the people’s choice of leader will weigh heavily on the minds of those who live in other countries, too.

He tells us: ‘It’s ok to feel how you do. It’s natural to feel anxious and stressed.’

‘What happens in the US affects us all,’ he adds. ‘The president is often referred to as the leader of the free world and the UK as the 51st state, but often the close relationship feels like control over us in which we have no say.

‘This is more acute in an election we can’t vote in, and with creeping authoritarianism that often seems undemocratic.

‘This is further compounded by the globalisation and Americanisation of the internet. Often what we read is from an American perspective that can feel more relevant to us than it is.

‘These are tumultuous times. It feels like a lot is changing and we don’t know what is going to happen.

‘There’s a lot of division and opposing opinions. Sometimes looking from the outside in it can all seem terrifying and out of control.’

Dr Daria Kuss, Associate Professor in Psychology at Nottingham Trent University, tells us: ‘UK and US relations have always been important politically, economically and socially, which is why someone from and in the UK may be stressing about the election in the US even if they don’t have any personal ties to the country.

‘Moreover, as a significant economic and political power, political decision-making in the US will likely have consequences beyond national borders, and therefore it is not surprising that some people will be worried even if they are not based in the USA.

‘In addition to this, the current pandemic gives many individuals more time to worry about the election outcome, especially when engaging in doomscrolling news reports on social media sites – a common pastime activity in the present day and age. This may lead to feelings of anxiety and general worry for the future.’

When it comes to how you can ease your election anxiety, Jamie says: ‘Talk to people about how you feel, and perhaps with people who aren’t going to just argue with your opinions.

‘What specifically are you worried about? For example, if it’s the US response to the climate emergency you can think about what you can do more locally. What do you have control over?

‘While we don’t know what will happen, remember things will change at some point. And while we can’t control when this is, all of us can make a difference.’

Meanwhile, Dr Daria recommends: ‘Manage your expectations. Be prepared for the eventualities and make a plan of how to cope with these.

‘One of the ways in which this can be done is to find positive distractions. Engage in self-care by nourish your bodies and souls with good company, music and exercise.

‘Moreover, be hopeful. No matter the result, tomorrow is another day. The current political situation in the USA has brought along opportunities for citizens to claim their individual rights and to organise themselves together to fight for equal opportunities.

‘Especially in difficult circumstances, such as a negative political climate, people will find their voice and ask for what is right and just.’