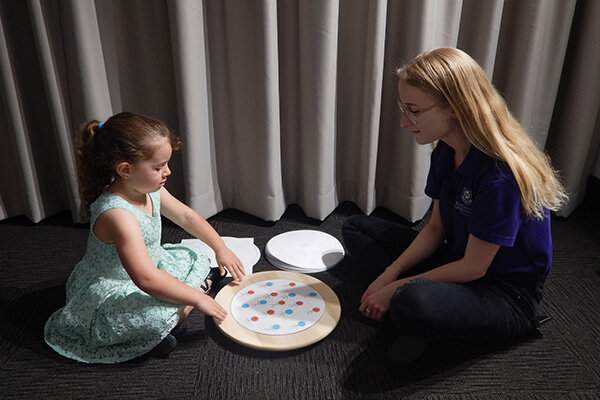 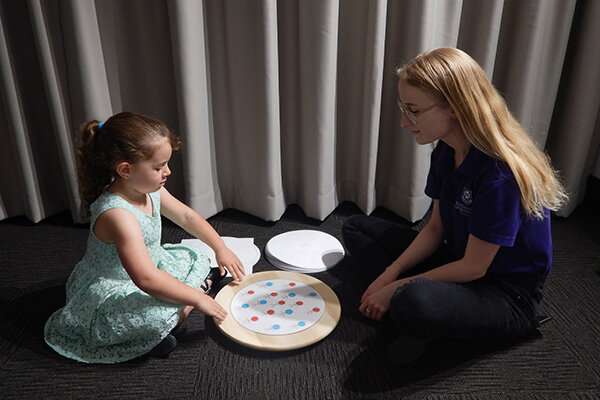 The human tendency to make thinking a little easier by using external objects or actions—known as cognitive offloading—begins at an early age, according to research from The University of Queensland.

“We often use cognitive offloading to simplify some tasks, such as turning to calendars to remind ourselves of upcoming events or calculators when confronted with difficult mathematical problems,” Ms Armitage said.

“Adults show remarkable flexibility in this ability, typically relying on internal cognitive processing when adequate but turning to external support in situations of high internal demand. Yet, despite being a critical component of complex human behavior, little has been known about when and how this capacity develops.”

Across two studies, children aged four to 11 years old were given a series of mental rotation tasks, where they had the opportunity to manually rotate a turntable instead of thinking of the answer, allowing them to solve the problem without using their brain.

“Even the youngest children used the external strategy more frequently as the task got harder, showing an early inclination for cognitive offloading,” Ms Armitage said. “In fact, many younger children continued to readily apply the external strategy even in situations where it was redundant, offering no benefit to performance.”

She said the research revealed that as children aged, they learned when best to apply cognitive offloading.

“With increasing age, children became better at differentiating between situations where the external strategy was beneficial and where it was redundant, showing a similar flexibility to that demonstrated by adults. These results show how humans gradually calibrate their cognitive offloading strategies throughout childhood and thereby uncover the developmental origins of this central facet of intelligence.”