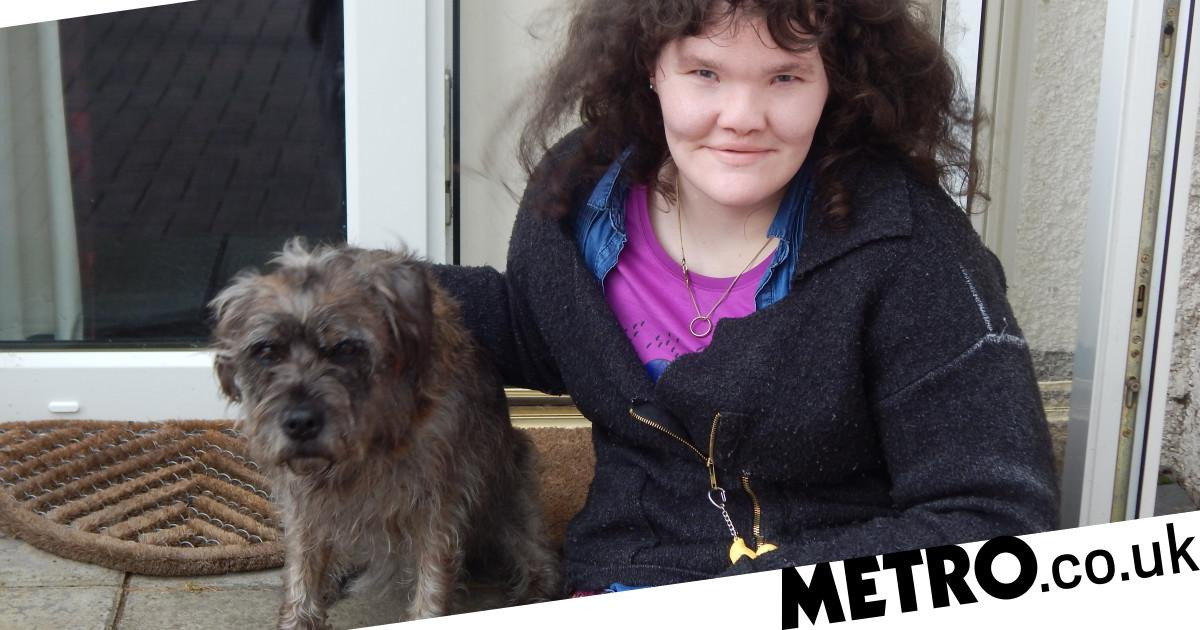 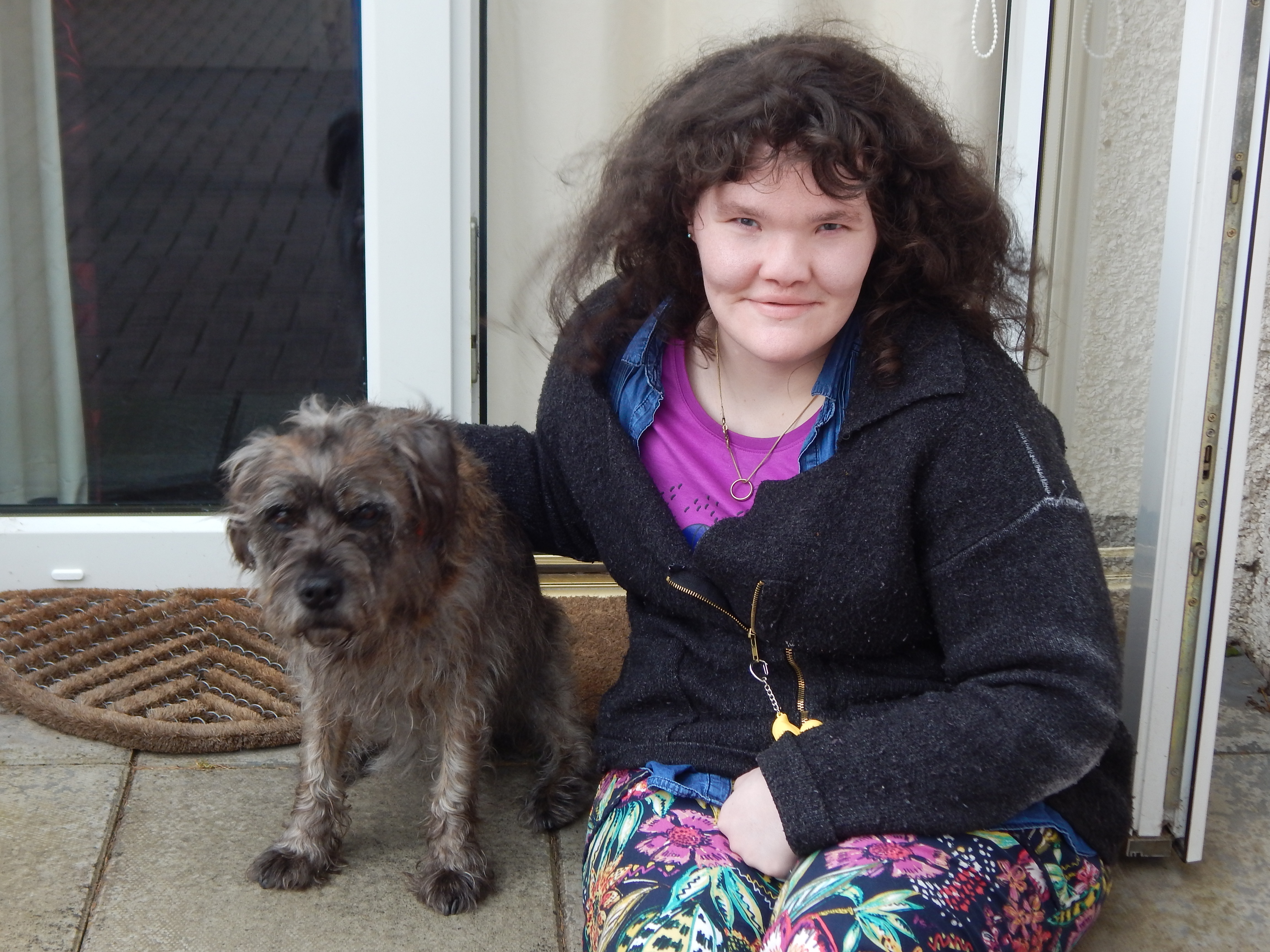 When I was in high school I always knew I wanted to do GCSE Drama – something about playing other people was very freeing.

Yet when my class (and later the whole school) found out, the comments began. One girl said I was too ugly to do drama. Someone else said I could be cast as a troll and another classmate made it their mission to ensure I was always chosen last for group exercises in drama class.

Nevertheless, I was determined to stick it out – this was the first time I remember not caring about people’s comments. When we performed our monologues in front of everyone, I did mine flawlessly.

I will always remember the silence after I finished – then came applause, some people even stood up to cheer. It was the first time I felt confident despite other people’s opinions of me. I showed them they were wrong. This was my first step on my journey of self-acceptance.

I was born with Char syndrome, which is a very rare genetic condition. Amongst other things, it affects the structure of the face as well as flattening my nose.

I am also very visually impaired – my sight changed as I was growing up and by my mid-teens I was using a white cane. Now I can sometimes recognise colours and abstract shapes but that’s it.

I don’t really remember a time when I didn’t know I was different. My early childhood was full of doctor’s appointments and hospital stays. I remember getting frustrated with my nose as a young child because I couldn’t wear Comic Relief red noses – they would just fall off.

In middle school, around ages 11 to 16, the actions of my peers changed. It went from stares, to words that hurt and then to people deliberately tripping me up like it was a game. They would call my nose a snout and call me piggy or act physically sick from looking at me.

I felt hopeless and silenced. At the age most kids are figuring out who they are and planning their life, I was thinking about ending mine.

When you are bullied it can seem like things will never change. At one point in high school, someone deliberately hurt me, causing permanent nerve damage to my wrist and that was it for me. I spiralled into depression and dropped out of school.

That’s why I think education is important: when kids aren’t taught about inclusion and empathy, they can make someone else’s life hell.

In my late teens, I would try to go out with friends at night but I soon came to understand that alcohol made people’s behaviour worse. People would shout ‘have you seen her?’ and their whole group would laugh.

Some drunk men would be rude and demeaning, as well as openly discuss whether they would sleep with me or not. I would always feel embarrassed and angry but there was no way to let that anger out and I was always scared things would escalate.

I’d plead with friends just to ignore the abuse because I was worried they might get hurt standing up for me – when people are drinking, I think there’s more of a chance for violence.

I was left feeling frustrated and bitter. I would remember their cruel words for days and weeks afterwards, but they had no clue of the hurt they had caused.

In the end, going out when there would be lots of alcohol wasn’t worth it for me. I wanted to have fun but I usually ended up crying in the bathroom and feeling ashamed.

I have changed my behaviour to try and minimise the number of abusive comments I receive – I don’t go on buses when it’s school leaving time. I don’t go to pubs anymore. I try to minimise the mental impact of being out and about.

I shouldn’t have to do this.

I do stand up for myself at times. If someone is talking about me to their friend, I will say ‘I can hear you’ because frequently people act like I’m deaf. But I pick and choose these moments as sometimes it doesn’t feel safe.

Before lockdown, I’d have a verbal incident every two weeks or so. I don’t want to escalate the situation but I wanted to remind them that I’m human and not a verbal punch bag to abuse.

I’ve started to realise that staying silent and not showing the person the impact of their words means they will never feel regret or change.

I now think it’s important to speak out and try and educate people about these issues to sway public opinion. This behaviour is unacceptable and classed as a hate crime. I want young people dealing with abuse because of the way they look to feel less alone and more accepted in society.

You could be the strongest, most confident person out there and the abuse will still have an effect. It’s almost a subliminal message being played on repeat that you are less than others. It doesn’t magically stop when you become confident.

Some days are better than others and the journey of self-acceptance is one I will be on for the rest of my life.

As my sight got worse I was determined to find ways to adapt, to keep a creative outlet going.  I started to use Instagram as a basic art account.

Slowly, I started to talk to people and answer comments on my posts and gradually I made friends with other artists and people with disabilities.

Over time, this turned into talking about mental health and disability issues. I opened up about my own experiences and finally I felt comfortable to put a picture of myself online for the first time.

The first picture I shared was of me and my dog Pebbles. I was very nervous but I wanted to know what people would say. That first post didn’t receive any hate comments and I had some lovely supportive messages. It gave me the confidence to post more pictures of myself.

I got my first troll on Instagram about the third time I shared a picture. Someone DM’d me saying I was on a list of the ugliest women on the internet. But I didn’t stop posting pictures of myself because that negativity was outweighed by the positivity of my followers.

My message to people who make comments about someone with a visible difference is that I was born this way, I am not a broken thing for you to judge. you don’t get to decide if I am worth your acceptance. A bully is always made, so do some self-reflection after all a mind is a lot easier to change than a face.

If you’re someone who makes fun of other people for the way they look, I want to tell you that you are not original – odds are it’s not the first or even 10th time that person has heard it.

These comments build up; we carry them around in our heads and it affects how we see ourselves.

At the very least these comments can ruin your day or make your friends feel awkward. At the very worst, they can stay with you for weeks and months, making you feel isolated and alone.

There are things that I can do to lighten the burden of those words, but don’t ever think the weight of words can’t crush a person.

Changing Faces is the UK’s leading charity for everyone who has a scar, mark or condition that makes them look different. For advice or support, visit their website here or call 0300 012 0275.

MORE: My facial disfigurement is not the problem – other people’s comments are

MORE: We have to challenge the fashion and beauty industry to be more inclusive of people with visible differences like mine

MORE: To those who bullied me for being autistic: You haven’t beaten me