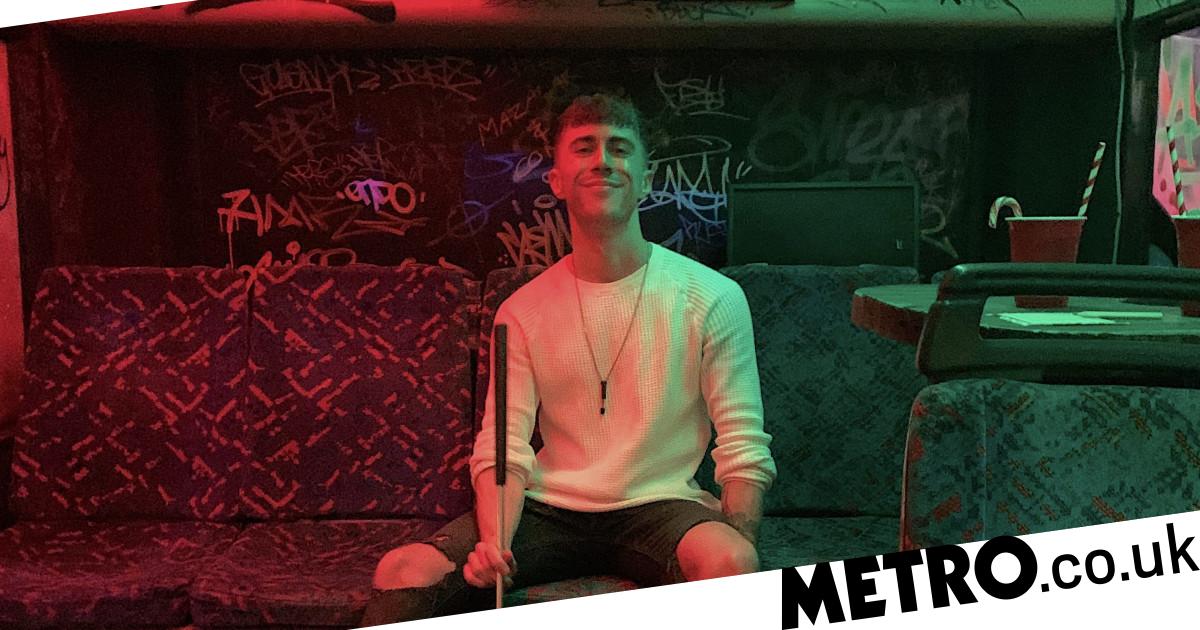 I’m proud to be HIV positive.

I was diagnosed with HIV this time last year, at age 25. At first, my diagnosis was almost too hard to handle. I wrote suicide notes and planned my funeral via my notes app, fuelled by my belief that I wasn’t strong enough to cope with HIV, that I deserved this.

I never thought I’d be comfortable enough to tell people that I was positive, but I have not only accepted my situation, I’ve embraced it.

This hasn’t always been easy, and is a journey that has taken a whole year.

I’ve been the boy who hid for months from his family, refusing to visit home because I was terrified that I wouldn’t be able to keep my diagnosis a secret and be judged (when really, I knew I wouldn’t be).

I’ve served as the messy, complicated raver who would hit up the warehouse every week just to pop a pill or two and forget all about reality for a few hours – a habit that would ultimately lead me to love, and show me just how much more to life there was than continual, and dangerous, drug usage.

I’ve been the new boyfriend, sat anxious and scared at the end of the bed, knowing that I have to tell the guy I’ve been seeing for two weeks that I’m HIV positive, because we’re both gay men and PrEP, which prevents HIV infection, just came up organically in conversation.

And I’m my current self: the man who has shared his story publicly, to family, friends, and the internet. A man who wears his heart, and a quite ironic seven-year-old ‘+’ tattoo on his sleeve (which I got on a whim one day, because I was going through a bad spell of mental health and I wanted a physical reminder that I possessed all the positivity I needed within me), discussing the path he’s found himself walking down and how living with HIV affects him on a daily basis.

The fact is that, at this point, it kind of doesn’t.

I now wear my status as a badge of honour. It’s my super suit. It’s not about the cavalier nature in which I got it (I slept with somebody unprotected one time, and waited a few days before getting an STI test… haven’t we all been there?), but how I have reacted to its presence in my life.

I’m undetectable, which means that as long as I’m taking my daily medication, there’s zero risk of passing on the virus to anybody, even through unprotected sex. That’s not like those Dettol adverts, where there’s a 0.01% chance… there is effectively a 0% possibility.

I’ve used HIV as motivation to find out and understand more about my body, and keep better track of my sexual health.

In early June, I was moved by stories of LGBT+ support and community during Pride Month, and so I made a PDF document containing a summary of my journey and understanding of HIV, accompanied with verified facts from trusted sources, and threw it onto my social media channels, waiting for the influx of messages. I’m not sure where the courage came from, but I knew I was ready to begin telling my story.

It seemed an easier way, to just drop a booklet and allow people the time to read it, rather than have a hundred of the same conversations with everybody close, or semi-close, in my life.

The support I received was overwhelming. I have cried with happiness, too, and I feel so accepted in my circles, which is something I once feared I would never be able to say.

The most surprising outcry of strength has been from straight friends; lads, who, quite maturely, realised far sooner than I did that a HIV diagnosis does not mean what I thought. They all became accustomed to my new reality instantly, and even though their educational knowledge was limited, proved themselves pillars of strength to lean on, and pledged to be as open and willing to educate themselves, so that they could better understand my experience.

My education on the matter has been very, very limited until last year, when I researched for myself, and I think that, especially for gay people, we need to address this further. I assumed that HIV would never stray close to my circles, given that it originated in the eighties.

The truth is, it can be anywhere. You cannot tell.

I’m undetectable, which means that, as long as I’m taking my daily medication, there’s zero risk of passing on the virus to anybody, even through unprotected sex

As long as you are taking your medication as required, and following the advice of your doctor, while maintaining your check-ups to monitor your diagnosis, then you can stay healthy. It’s so important to stick to your medication.

My physical health has never been better; I frequent the gym, eat well, and, despite some kind of clinical depression that I’m currently fighting, try at all times to stay in a balanced headspace.

The biggest impact HIV now has on me is mental.

Catching my reflection in the mirror when I was just diagnosed, and still not yet virally suppressed, I imaginined the virus running through my body, swimming in my veins and underneath my skin.

There was one night this year, back up North, when I was ridiculed by someone who was one of my best friends, called a number of horrible names, and had my face spat on repeatedly as I was told that I should have killed myself as soon as I’d found out.

That one has been a little harder to deal with, and I think I might need therapy for it, to be honest with you.

I know, though, that a lot of the backlash I have received, which has truthfully only been from one person is from fear or miseducation.

I know that as soon as I told my mother some facts, her tears stopped and she has since become the biggest advocate for me, proudly telling people of my diagnosis, and using her influence in the pharmaceutical industry to educate others, too.

I know that my little brother, who is just 17, has used me as an example to his friends, to open up a dialogue about their own sexual health, something I would never have dreamed of possessing the confidence to do at his age.

I know that people who follow my social media channels tell me that my journey is inspiring them, and they’re sharing my resources with others who can benefit from knowing that one unfortunate event does not need to throw a spanner into the rest of your life.

HIV came to me masquerading as a demon, and has since walked with me, hand-in-hand, as a mentor, a guide and a teacher, for me and many others in my life.

If somebody has a problem with HIV, that’s not about me, it’s about them. If somebody doesn’t want to sleep with me because of my status, I’m not going to argue; I’ll just say that I’m willing to have open discourse when they’re ready.

I went on a first date last night, and he sat across from me in the booth, as we both sipped on pretty disgusting-tasting cocktails. He told me that he was unfamiliar with specifics, but that he was looking forward to learning, and understanding it from my point of view.

Reader, I later took him home.