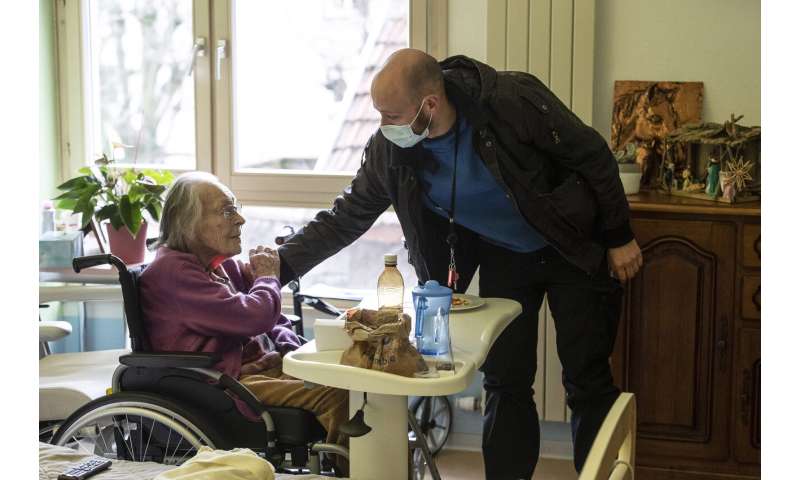 Not once in the long months since the pandemic struck has 74-year-old Jean-Francois been able to leave his nursing home in eastern France to visit his daughter or sister.

In fact, the retired metal worker thinks it’s been two months since he last stuck his nose outside at all, as nursing homes across France shielded their vulnerable residents from another nationwide surge of virus infections and deaths.

Until Jan. 3, France is springing nursing home residents for the holidays. The aim is to alleviate some of the mental suffering and solitude of the pandemic by allowing multi-generation family reunions, which have been off-limits during repeated lockdowns for fear of relatives infecting each other.

And so a year full of sorrows and privations is ending with nursing home residents and their families facing the agonizing dilemma of whether a few days, or hours, of communal Christmas and New Year’s cheer are worth risking lives for. As well as trips out of the nursing homes, the three-week window of relaxed rules also allows visits to homes that have COVID infections and to residents who are infected. Visits were previously allowed only in homes with no infections. 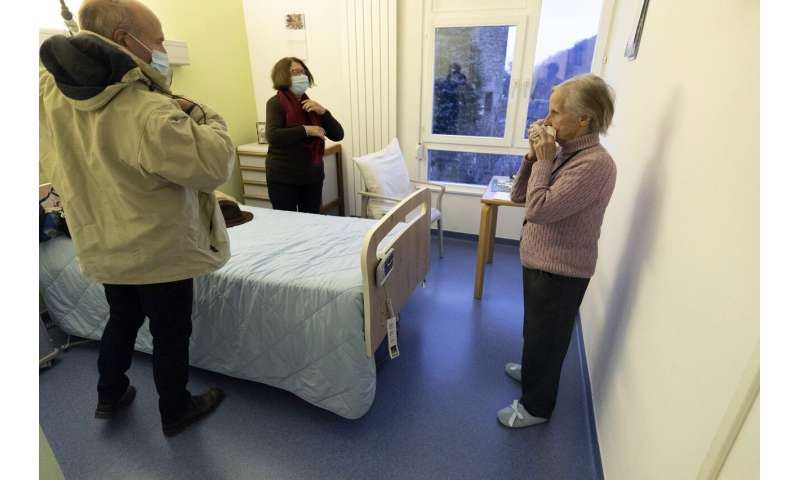 On the other hand, even without the pandemic, this might be the last chance for many elderly people to celebrate Christmas with their families.

Jean-Francois’ daughter wants him to join them around the Christmas tree. But he would rather stay put, as the risk of infection unnerves him.

The year-end gift of freedom also comes with strings attached: Residents face a government-mandated week of solitary confinement in their rooms when they return. Jean-Francois doesn’t relish that prospect. But he is also mindful of not hurting his daughter’s feelings, which is why he didn’t want to be identified by his full name in explaining his preference to spend the holidays apart.

“Family is sacred,” he said in a phone interview. “But to then spend a week in total confinement in my room is a big thing.” 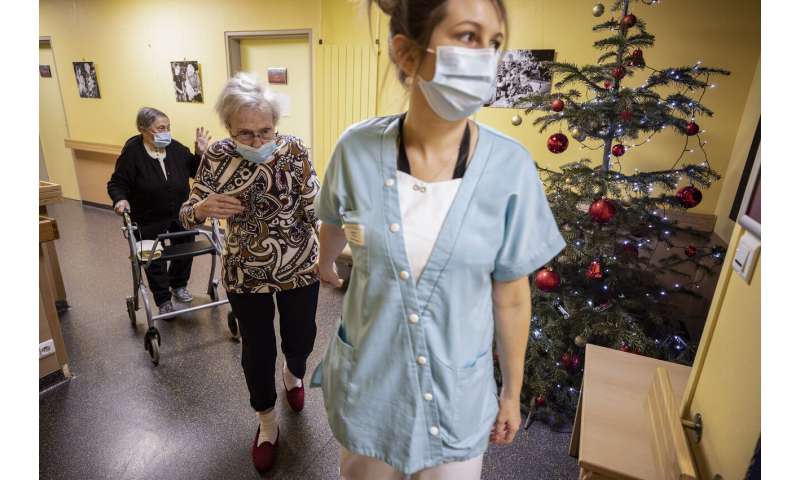 The director of Jean-Francois’ home is trying to limit family outings as much as she can. Lucile Grillon says some of her staffers are still traumatized by the two dozen deaths they saw when the epidemic hit France with full force in March. She wants to spare them and her residents more misery if she can.

She says some residents are secretly relieved that she is frowning on trips outside.

The three nursing homes that Grillon manages have so far successfully kept out infections during the autumn-winter surge in cases that has pushed France’s death toll past 60,000, nearly one-third of them inside nursing homes. During visits in homes, residents and loved ones are encouraged not to touch or embrace each other or exchange gifts. Grillon fears these barriers against the virus will be forgotten in family settings, with festive gift-giving and feasting. 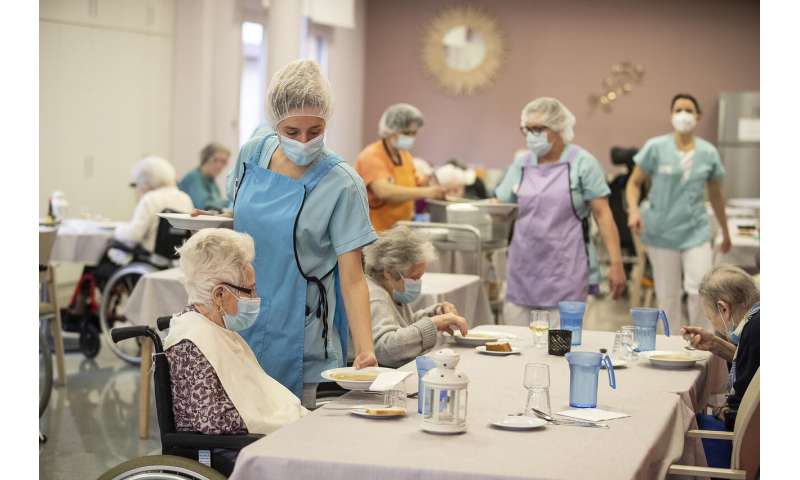 From her perspective, in one of France’s regions hit hardest by the latest surge of infections, “it’s completely irresponsible to let residents out,” Grillon says. “The virus isn’t going to say, ‘It is Christmas. I’m not going to contaminate people.'”

In the northeast town of Kaysersberg, Thierry Mouille is torturing himself over the government’s Christmas offer. He’s changed his mind again and again about whether to bring his 94-year-old grandmother Marguerite out to share a holiday meal.

“It’s awful,” he said. “The choice between one special visit at Christmas and confinement for a week, or multiple little visits on days that aren’t as special.”

His grandmother is letting him make the decision. He says he understands residents who don’t want to leave; he also understands families who fear this Christmas could be their loved ones’ last and don’t want to pass up this opportunity to surround them with holiday affection while they still can. 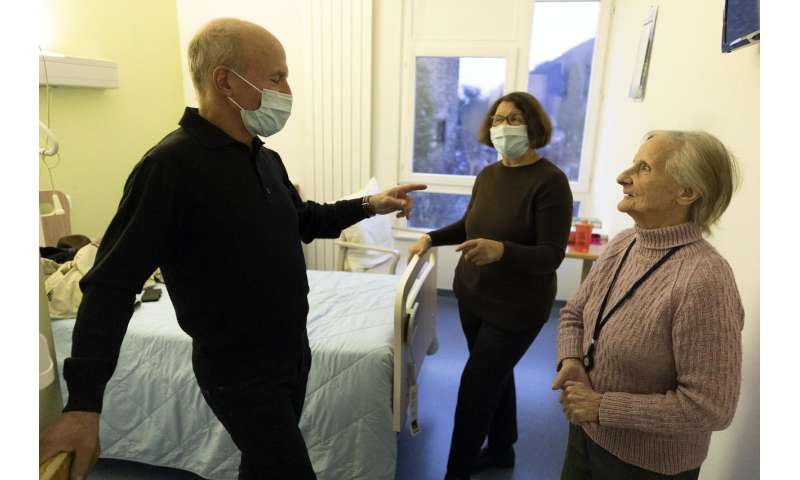 Many nursing homes are taking the view that the holidays are an unmissable family occasion. Directors of homes struck by cases are also hoping that residents who tested positive have some immunity that could protect them during family reunions.

Valerie Martin is letting out six of her residents on Christmas Day and has requests for another four for New Year’s Day. The home she manages on the outskirts of Lyon made headlines earlier this year when she and other staff members locked themselves in with their residents for 47 days to minimize the risk of infecting them. The home stayed COVID-free until November, when a resident returning from a hospital stay brought the virus back with him. The home has since had 35 cases and seven deaths.

Martin says some families have pleaded with her to lock in everyone over the festive period, to lower the risk of further infections. 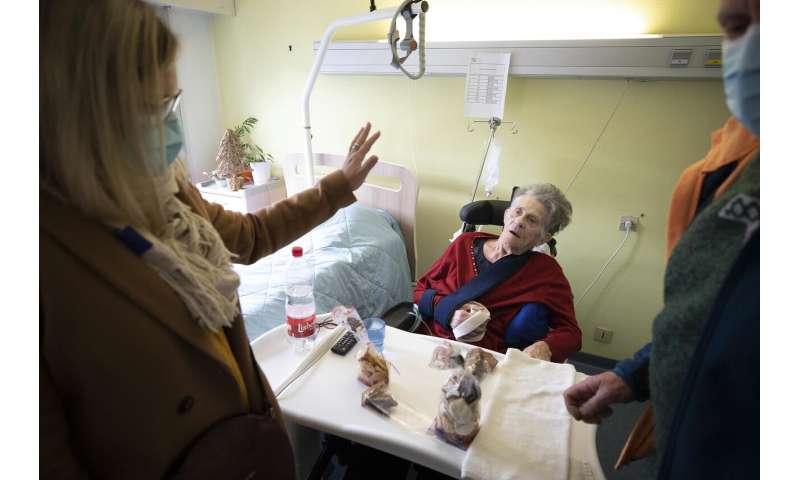