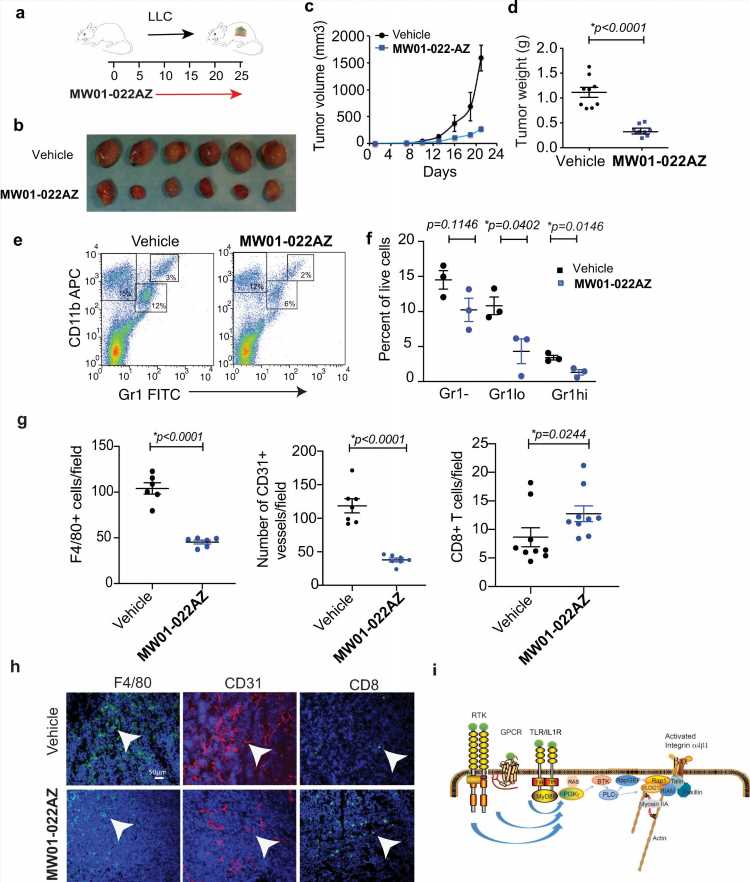 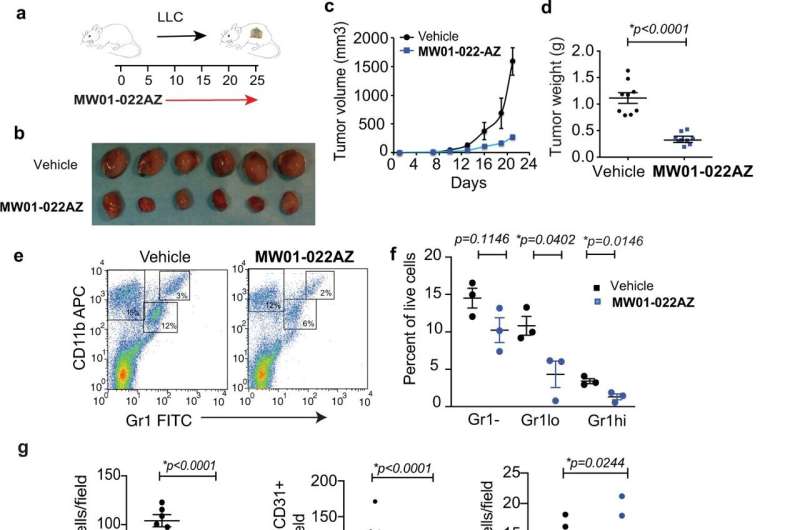 A specific immune system kinase has been found to promote tumor inflammation and progression, according to a study published in Nature Communications.

“The impact of the work is the demonstration that MLCK210 is a druggable target with potential utility in tumor biology,” said Daniel Watterson, Ph.D., the John G. Searle Professor of Molecular Biology and Biochemistry, professor of Pharmacology and a co-author of the study.

Inflammation contributes to a wide variety of diseases, including cardiovascular conditions, neurodegenerative diseases and cancer. Vascular endothelial cells and myeloid cells—monocytes, macrophages and neutrophils—play critical roles in the inflammatory response.

Myeloid cells often migrate to inflamed tissue, but sustained recruitment of these cells can cause tissue damage induced by release of oxygen radicals, which can also contribute to development of cancer. Such inflamed tissue often occurs in cancer, so controlling myeloid cell recruitment is one possible therapeutic strategy, according to the authors.

In the study, investigators stimulated myeloid cells with a cellular medium containing factors secreted by Lewis Lung carcinoma tumor cells. This medium fools myeloid cells into thinking they are in a cancerous environment, triggering behavior that closely mimics what is seen when they are recruited to the cancer sites.

The scientists discovered that in the cancer microenvironment, the kinase PI3K Gamma activates the MLCK210 protein, which facilitates recruitment of myeloid cells to sites of inflammation. Factors downstream of MLCK210 also improve myeloid cell adhesion to the lining of blood vessels and stimulate tumor progression.

Importantly, much of MLCK210 signaling is accomplished through integrins, which are transmembrane receptors that can mediate cell adhesion from within the cell, according to Watterson.

“The broader impact of this paper is the involvement of an ‘inside out’ physiological process involving MLCK210, a druggable protein kinase target,” Watterson said.