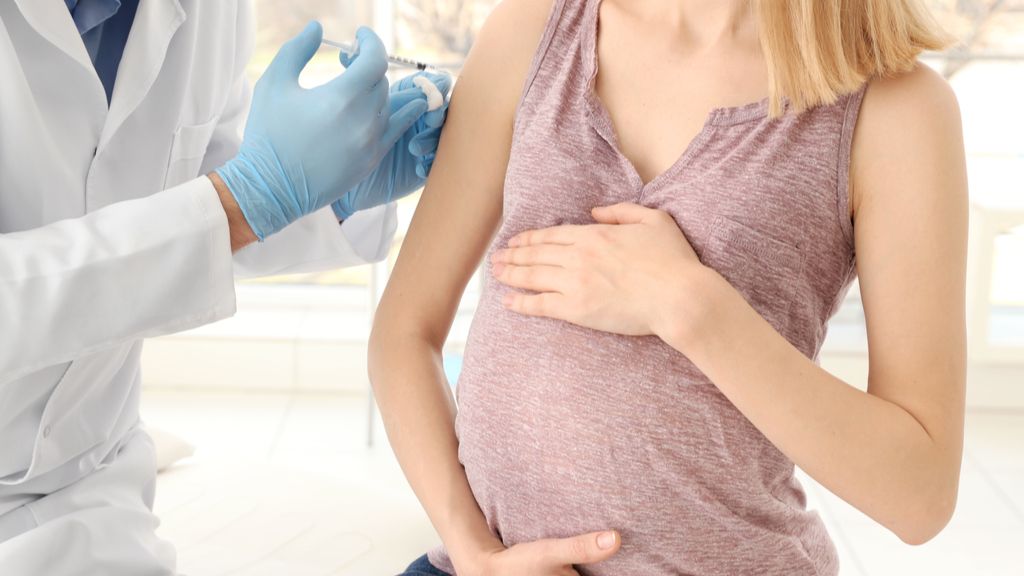 So, you’re pregnant in the middle of a pandemic. Is it safe to get a COVID-19 vaccine?

“The major risk is that there is no data, although scientifically, we think it’s very unlikely to have any harmful effects,” said Dr. Stephanie Gaw, an assistant professor of obstetrics, gynecology and reproductive sciences at the University of California, San Francisco. That’s because the two authorized vaccines — developed by Pfizer/BioNTech and Moderna — don’t contain the coronavirus itself, but instead contain a molecule called mRNA that cannot cause infection and breaks down quickly in the body, she said.

In general, many vaccines given in pregnancy did not undergo formal clinical trials in pregnant people before being recommended for them, according to a 2014 report from the World Health Organization (WHO). Instead, safety and efficacy data are often gathered through other means, such as animal and observational studies, and these studies are used to weigh the risks and benefits of each inoculation.

The risks of catching COVID-19 while pregnant likely outweigh the potential risks of a vaccine, said Dr. Denise Jamieson, the chair of the Department of Gynecology and Obstetrics at Emory University School of Medicine in Georgia.

Research suggests that pregnancy may increase the risk of severe COVID-19, ICU admission, need for ventilation and death from the virus, according to the American College of Obstetricians and Gynecologists (ACOG). Conditions like Type 2 diabetes may amplify that risk even more. (Type 1 diabetes may also raise the risk for severe COVID-19, but the link hasn’t been confirmed.)

People should speak with a health care provider to weigh the pros and cons of vaccination during pregnancy and ultimately decide whether to get the shot soon or to wait for more data, Jamieson said. For those at a high risk of exposure, such as health care workers caring for COVID-19 patients, Jamieson said that she would highly recommend getting the vaccine sooner rather than later.

Thankfully, for those who want more data, the Centers for Disease Control and Prevention (CDC) will be surveying pregnant people who receive the shots and should have more safety information available in the coming months, she added. The CDC and Food and Drug Administration (FDA) will collect this information using both existing surveillance systems and a new app.

Weighing the risks and benefits

So if you are pregnant, breastfeeding or planning to get pregnant, what should you know about COVID-19 vaccines?

First off, “we know that, in general, the vast majority of vaccinations are safe in pregnancy,” Jamieson told Live Science. For instance, inactivated influenza vaccines have been recommended for pregnant people since the 1960s, and the Tdap vaccine, which protects against tetanus, diphtheria and pertussis, is encouraged in pregnancy because it establishes immunity in the fetus, she said.

Influenza vaccines were not formally tested in pregnant people before being recommended, she said; similarly, the safety and efficacy of tetanus vaccines in pregnancy has been established through decades of animal studies and observational studies of vaccinated people, as well as surveillance for side effects after vaccination, according to the WHO report. More recently, both observational studies and true clinical trials have demonstrated the safety of giving Tdap during pregnancy, according to the CDC.

That said, certain vaccines aren’t safe to take during pregnancy, including the smallpox vaccine and MMR vaccine, which guards against measles, mumps and rubella, Jamieson said. These vaccines contain live but weakened viruses, so if the vaccine were to cross the placenta, there’s some risk that the live virus would infect the fetus.

But the COVID-19 vaccines authorized for emergency use don’t contain any viruses, Jamieson said. Instead they contain mRNA, a molecule that contains instructions for building specific proteins.

“mRNA is just a snippet of genetic information that gets delivered into your own cells,” in this case, muscle cells in the arm, Gaw told Live Science. Once inside the body, the mRNA vaccines instruct cells to build part of the coronavirus spike protein, a structure that sticks out from the surface of the virus. While not infectious on their own, the bits of spike protein trigger an immune response that trains the body to recognize the coronavirus if the body encounters it in the future.

Once used to build spike protein pieces, the mRNA quickly gets broken down by the cells. In other words, it doesn’t travel far from the site of injection.

“Because it acts locally, it’s likely of no consequence to the fetus,” Jamieson said. Some mRNA does get taken up by the lymphatic system, which transports immune cells throughout the body, but it’s less likely that any mRNA enters the bloodstream — though this still needs to be confirmed, she added.

Even if some mRNA does reach the placenta, “it’s so unlikely that anything meaningful would be able to cross,” though again, this still needs to be confirmed, Gaw said. In any case, the mRNA can’t cause infection. Similarly, based on how the vaccine works and the speed at which the mRNA degrades, “we [also] don’t anticipate that it would affect fertility in any way or affect the beginning of pregnancy,” she said.

Animal studies conducted by Moderna also hint that the vaccine is safe before and during pregnancy, at least in rats. Data submitted to the FDA showed that giving the vaccine to rats before mating or during gestation did not alter their reproductive systems, affect embryonic or fetal development, or disrupt the development of infant rats after birth.

For humans, the vaccines do carry some risk of mild side effects, such as soreness at the sight of infection, swelling or fever. One symptom to be on the lookout for during pregnancy in particular is fever following vaccination, since high fevers can raise the risk of miscarriage, Gaw said. If fever does occur, the fever-reducing medicine acetaminophen is safe to take during pregnancy, NPR reported. In general, if a person has any known allergies to one of the vaccine ingredients, they shouldn’t receive that vaccine, Jamieson said.

One possible benefit of getting a COVID-19 vaccine during pregnancy would be that the fetus may pick up some immunity to the virus, too. Antibodies generated by vaccines can potentially cross the placenta; this is why Tdap vaccinations are recommended in the third trimester, for example. However, we don’t yet know if antibodies produced by COVID-19 vaccination will cross the placenta, Jamieson said.

Maternal antibodies also pass through the colostrum — a nutrient-dense breast milk produced soon after birth — and normal breast milk, so it’s possible that newborn babies could gain some passive immunity through breastfeeding, Gaw said. A small study suggested that lactating mothers who’ve recovered from COVID-19 do carry antibodies in their breast milk, The Scientist Magazine reported, but it’s unknown whether the same goes for vaccinated mothers, Gaw said. UCSF will soon launch a study looking into this very question, she added.

Although scientists suspect that COVID-19 vaccines are safe during pregnancy, this also still needs to be confirmed. Some clinical trials with pregnant people are expected to begin in January, The New York Times reported, but the results of those trials won’t be available for many months.

In the meantime, the CDC is collecting safety data through its v-safe surveillance system, a phone-based app that asks people about any symptoms or reactions they experience after getting vaccinated for COVID-19. Anyone who receives a COVID-19 vaccine can register for the app, which sends daily reminders to users. The app will ask specific questions regarding pregnancy, and this data will be made publicly available before formal clinical trials get started, Jamieson said.

Safety data will also be collected through the decades-old Vaccine Adverse Event Reporting System (VAERS), which doctors and patients can send reports to, The Verge reported.

But only clinical trials can answer the question of whether COVID-19 vaccines are more or less effective in pregnant people as compared with the general population, Gaw said. The immune system changes throughout pregnancy in order to prevent the body from rejecting the growing fetus, according to the Stanford University School of Medicine, but it’s unknown whether or how these changes might affect how well COVID-19 vaccines work at different stages of gestation.

Pregnant people may also need a slightly different dose than those in the general population, Gaw said. While investigating these questions in clinical trials, scientists can also look for traces of vaccine in the placenta and umbilical cord blood and more closely assess potential risks for the fetus, Jamieson said.

Of course, “as more and more vaccine gets rolled out, it’ll be harder and harder to design a trial that includes a placebo group,” meaning a comparison group that does not receive the vaccine, Jamieson noted. In other words, when a vaccine is widely available, it becomes harder to recruit people for trials in which they might not receive the real shot.