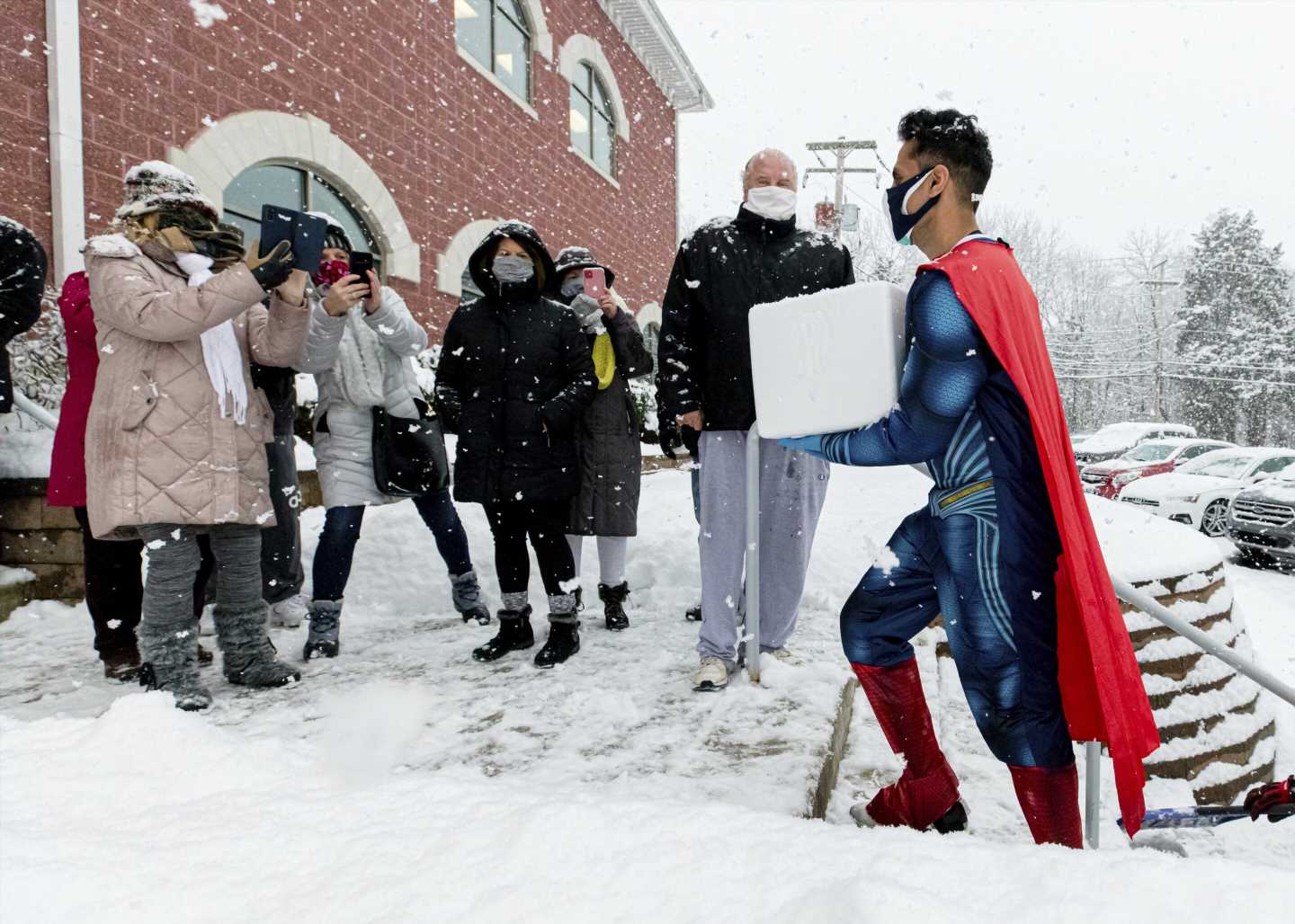 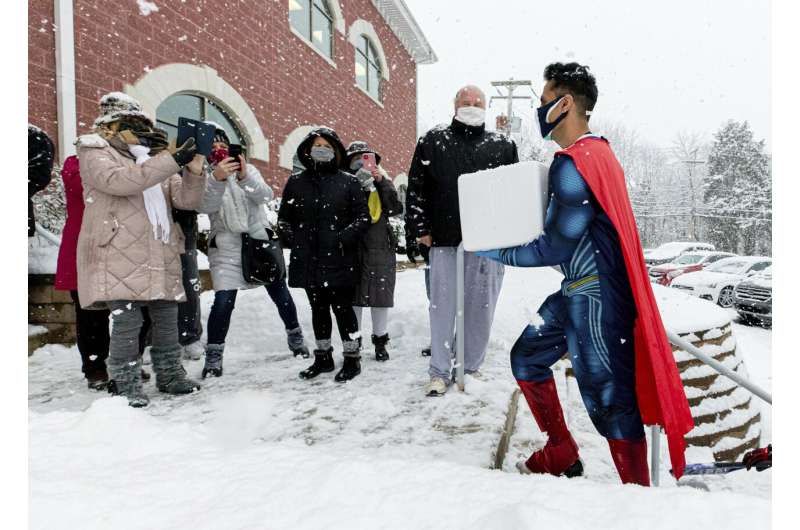 Local pharmacy owners are filling in the gaps as federal, state and county authorities across the country struggle to ramp up vaccinations vital to crushing the COVID-19 pandemic. In some small towns across the U.S., an independent pharmacy is the only local place where residents can get a COVID-19 vaccination.

President Joe Biden recently celebrated the injection of the 50 millionth dose of COVID-19 vaccine since his inauguration. But the huge undertaking has been hampered by vaccine shortages and concerns whether marginalized communities are getting access to shots.

The hope is that local pharmacies will now play a key role in getting more Americans inoculated. They have become vaccine providers by applying to state health officials and the Federal Retail Pharmacy Program for COVID-19 Vaccination, which has been distributing vaccine to networks of independently owned pharmacies, as well as the big national chains.

The Biden administration’s coronavirus coordinator, Jeff Zients, said at the start of the program last month about 6,500 pharmacies would receive a total of 1 million doses, with more pharmacies joining the program as vaccine production increases. The program doesn’t fully fill the gaps, however—more than 400 rural counties lack a retail pharmacy that’s included in the partnership.

Giving vaccinations requires long hours and administrative work, and there’s little or no money in it for pharmacy owners. They don’t have to pay for the COVID-19 vaccine, unlike flu and other vaccines, but they do have administrative costs they may be able to recover when patients have insurance. Still, the money is not their immediate concern.

Adam Bayer and his wife have given out shots at their store, Hillcrest Pharmacy in Vernon, Texas. The work can be intense—the first batch of 100 doses took them a day and a half to administer. Besides giving the vaccine, they must monitor patients for 15 minutes for signs of allergic reactions.

Bayer applied to become a vaccine provider because he believed he was in a position to help fight the pandemic. He’s been proactive and reaching out to customers.

“We’re calling patients who we know aren’t online,” he says. “My prayer is that we’re not leaving people behind.” 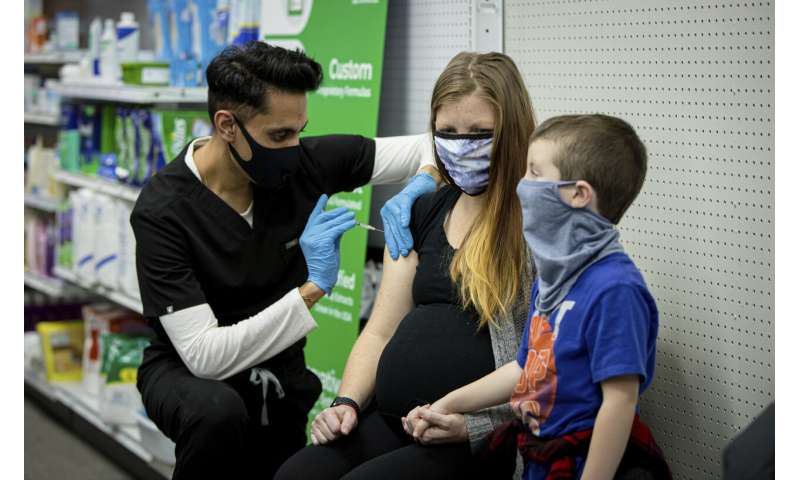 Good Neighbor Pharmacy, one of the networks whose members are participating in the Federal Retail Pharmacy program, has so far been allotted 75,000 doses for pharmacies in Kansas, Kentucky, Nebraska, Texas and Guam, says Jenni Zilka, a senior vice president at the network. Those doses began arriving the week of Feb. 11.

All told, the Federal Retail Pharmacy program has 21 companies taking part including big drugstore and grocery chains and mass merchandisers like Costco and Walmart. However, not all the big chains like CVS, Rite-Aid and Walgreen’s are giving out vaccinations in every state they’re located in.

The program is giving a boost to the independents that have been losing ground to the nationwide retailers for decades. In 2015, independents accounted for 36% of the 61,000 pharmacies across the U.S., according to the National Community Pharmacists Association, a trade group. By 2019, they accounted for 35% as the number of pharmacies overall grew to 61,480.

Pharmacists who get a smile and a nod when customers pick up routine prescriptions are now being greeted by applause and tears from customers, first responders and residents of assisted-living centers in communities across the country.

The pharmacists themselves are equally emotional.

“The opportunity to call someone who’s 85 and tell them, ‘I’m going to give you a vaccine’ is a pretty profound experience,” says Chris Antypas, co-owner of Asti’s South Hills Pharmacy in Pittsburgh, which has given out several hundred doses.

Besides giving COVID-19 shots in their stores, pharmacists have also set up mass immunization clinics. They’re already experienced at giving out shots—for years they’ve administered flu, pneumonia, shingles and other vaccinations. But they’re required to get additional training before they can give out COVID-19 shots: They must learn how to handle and store the vaccine, and unlike with other immunizations, they must report to health officials who gets the vaccines, and the name of each dose’s manufacturer.

Matt Hopp owns what’s known as a closed-door pharmacy—it specializes in packaging and delivering medication for assisted-living facilities and nursing homes in the Atlanta area. So far, Guardian Pharmacy has administered 1,500 doses to people in assisted living and who have come to drive-through clinics. Hopp says he’ll bill Medicare and insurance companies later.

“We’re more focused on getting the vaccine out there and into arms,” he says. 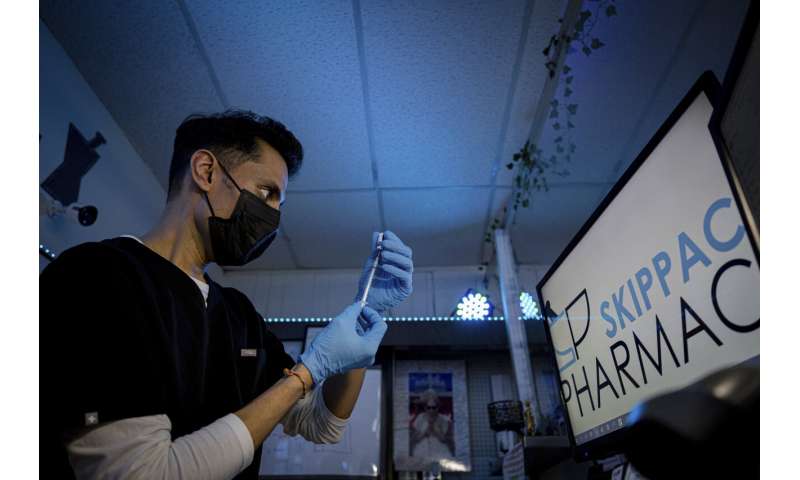 Many pharmacists, especially those running mass clinics, are getting help from their communities. School districts, fire departments, landlords with empty stores have been offering the use of their space, Antypas says.

Mayank Amin, who has set up mass clinics in the Philadelphia suburbs, has gotten help from doctors and other health professionals who volunteered to administer shots, sometimes as many as 1,000 over an eight-hour period. Amin, owner of Skippack Pharmacy in Skippack Township, Pennsylvania, has also fielded requests to set up more clinics.

“As soon as word spread that we were doing, this, we started getting calls from different counties and mayors,” Amin says.

Like other pharmacists, the owners of Ochoa’s Pharmacy had to give Texas health officials detailed information about the population they serve and their physical plant, including how they would store and administer the COVID-19 vaccine. The Ochoa family, which has two pharmacies in the town of Edinburg, even had to tell the state the model number of their refrigerators and how they would log the temperatures the vaccine would be stored at.

“When we received the email saying we were going to receive vaccine, we started to cry,” Alessandra Ochoa says. Her family’s pharmacies are located in Hidalgo County, an area hard-hit by the virus.

Pharmacists have had to contend with the same uncertain pace of vaccine distribution as hospitals and other medical facilities. They fill out surveys that include estimates of the number of doses they need, but they don’t know how many doses they’ll get—or if they’ll get any at all.

“You don’t want to get excited and get zero,” Amin says. But when the vaccine does arrive, Amin says he has to be quick on his feet, securing a location for a clinic. But despite the stress of getting a clinic together, Amin manages to bring a little levity to vaccine distribution—he’ll arrive dressed in a superhero costume, complete with red cape.

People who get their shots are overwhelmed with gratitude. When Guardian Pharmacy’s employees arrive with the vaccine, assisted living residents greet them with applause. And Ochoa has seen many deeply emotional moments.