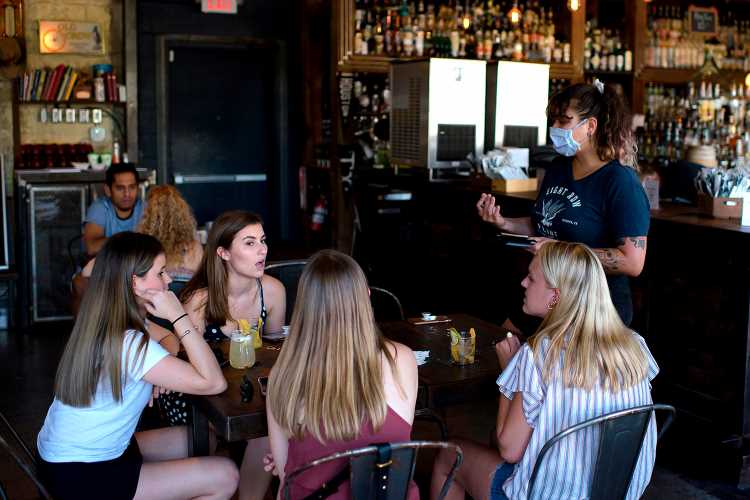 As several states — primarily Arizona, California, Florida and Texas — continue to break their own records for their highest number of new COVID-19 cases, local officials say that the majority of cases are in young adults in their 20s and 30s.

In Florida, Governor Ron DeSantis said that new COVID-19 cases are “shifting in a radical direction” away from older patients to young adults. He said Friday that 62 percent of new cases during the week of June 7 were in people under 45 years old, and that the median age of patients is 37.

Meanwhile, Texas Governor Greg Abbott said that the majority of cases in his state are “under the age 30.”

“This typically results from people going to bar-type settings,” he said during a press conference on June 16. Abbott warned bars that if they are not following social distancing regulations, they will have their liquor licenses suspended for 30 days.

And in California, where new cases hit a record high of 4,250 on June 17, people under 35 years old now represent around 44 percent of new infections. That’s a steep increase from last month, when they were just 29 percent, infectious disease epidemiologist George Lemp found.

“It’s very striking that there’s been such a strong shift,” Lemp told NPR. “Some of that could be due to the testing itself and targeting of younger people. And it’s also likely due to the shift in behavior as younger people start to move away from social distancing and consistent mask use.”

With younger people now testing positive at a high rate, the U.S. death rate will likely go down as they are less likely to die from COVID-19, Dr. Tom Frieden, the former director of the Centers for Disease Control said Sunday. However, he added, that can quickly change if young adults spread the virus to older parents or people in their community.

“With younger age of recent infections in at least some places such as Florida, expect a lower death rate in this wave … until the 20-40 year olds who are infected today go on to infect others….” Frieden tweeted.

What Americans of all ages need to do, experts say, is to wear masks and maintain social distance while out in public.

"Masking has become controversial. It shouldn't be," Dr. Scott Gottlieb, former commissioner of the US Food and Drug Administration, said on CBS' Face the Nation on Sunday, CNN reported. "It's a simple intervention. It's a collective action we can all take to help protect our fellow citizens and also protect ourselves and try to reopen the economy safely."

As information about the coronavirus pandemic rapidly changes, PEOPLE is committed to providing the most recent data in our coverage. Some of the information in this story may have changed after publication. For the latest on COVID-19, readers are encouraged to use online resources from CDC, WHO, and local public health departments. PEOPLE has partnered with GoFundMe to raise money for the COVID-19 Relief Fund, a GoFundMe.org fundraiser to support everything from frontline responders to families in need, as well as organizations helping communities. For more information or to donate, click here.