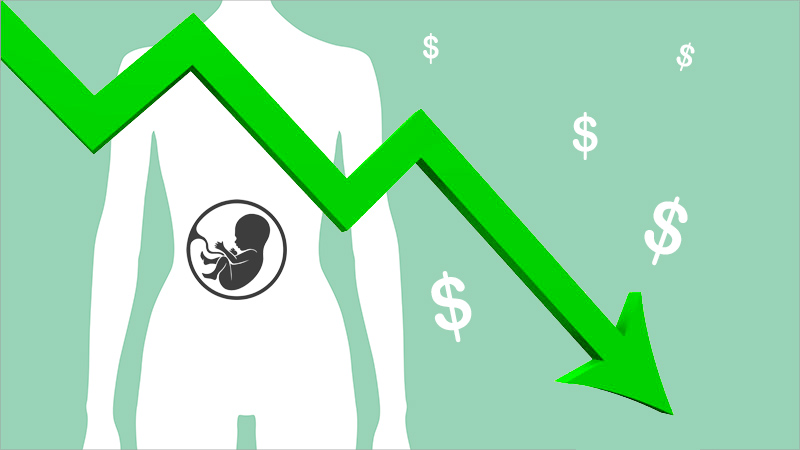 Medical management of early pregnancy loss costs less and offers similar quality of life to uterine aspiration, based on data from an analytical model.

Early pregnancy loss (EPL) occurs in more than 1 million women in the United States each year, and many patients are diagnosed before they show symptoms, wrote Divyah Nagendra, MD, of Cambridge Health Alliance, Mass., and colleagues.

A 2018 study showed that medical management of EPL with mifepristone added to misoprostol increased effectiveness and reduced the need for additional medication or subsequent uterine procedures, but the cost of mifepristone is perceived as a barrier, and the cost-effectiveness of its use, compared with surgical or expectant management, has not been well studied, the researchers noted.

“We already know that adding mifepristone to the medical management of early pregnancy loss increases the effectiveness of the regimen,” coauthor Courtney A. Schreiber, MD, of the University of Pennsylvania, Philadelphia, said in an interview. “Procedural uterine aspiration is highly effective as well, so patients and providers may consider the cost when deciding on a treatment strategy,” she added.

“If medication management is preferred by many patients, decreases the need to access in-person clinical care during a pandemic, and is found to be cost-effective, clinicians and policymakers should increase efforts to improve mifepristone availability and reduce access burdens,” the researchers wrote.

In a study published in the American Journal of Obstetrics & Gynecology, the researchers created a decision-analytic model using data from published literature and the Pregnancy Failure Regiments Trial (PreFaiR) to compare office-based uterine aspiration to medical management with mifepristone pretreatment followed by misoprostol for EPL.

The PreFaiR study randomized 300 women who experienced EPL before 12 weeks’ gestation to medication management with 800 mcg misoprostol vaginally, with or without pretreatment of 200 mg mifepristone orally. The average age of the participants was 30.7 years, and demographics were similar between the groups.

The researchers used the PreFaiR data for medical management and patient-level data from published literature for uterine aspiration.

The primary outcome was the cost per quality-adjusted life year (QALY) gained. QALY was based on a modified utility score from the published literature. Effectiveness was based on QALY gained and the rate of complete expulsion of the gestational sac without additional intervention.

Cost-effectiveness was greater for medical management from a health care sector perspective, with lower costs and higher QALYs than uterine aspiration, the researchers noted.

“Our analysis demonstrates that the incremental cost-effectiveness ratio (ICER) for medical management is well below the maximum willingness-to-pay threshold of approximately $100,000 per QALY gained,” the researchers wrote in their discussion of the findings.

Despite the potential savings and patient benefits, access to mifepristone remains a barrier, the researchers said.

Although the FDA lifted some restrictions on mifepristone in 2021 in the wake of the ongoing COVID-19 pandemic, the effect of new abortion-related restrictions remains to be seen.

The study findings were limited by several factors, including the use of 2018 National Medicare reimbursement rates to calculate costs, though actual costs vary by region and payer, the researchers noted. Other limitations include variations in cost of mifepristone by region and time and the differences in data sources between the uterine aspiration and medical management groups. More research is needed to assess QALYs for early pregnancy loss to establish standard measures and to assess the societal perspective of ESL as well as the health care perspective, they added.

However, the current results support medical management of EPL with mifepristone pretreatment followed by misoprostol as a “high-value care alternative” to office-based uterine aspiration, they said. “Increasing access to mifepristone and eliminating unnecessary restrictions will improve early pregnancy care,” they concluded.

“Given how effective procedural management is, we were slightly surprised that medical management remains cost effective,” Schreiber said in an interview.

Looking ahead in the wake of new restrictions on use for abortion, “patients may have difficulty accessing either medical or procedural management for early pregnancy loss,” Schreiber noted. “We support the accessibility of all evidence-based care and hope that our data will help overcome perceived financial barriers,” she said. Additional research needs include improved implementation and access to evidence-based early pregnancy loss care, she added.

“Given the recent overturning of Roe v. Wade, any medications that are associated with abortion have increased scrutiny, especially mifepristone and misoprostol, even though these medications are also used for managing early pregnancy loss,” Sarah W. Prager, MD, of the University of Washington, Seattle, said in an interview. “Demonstrating that medication management of EPL with mifepristone/misoprostol is less expensive and has increased QALYs associated with it is yet another reason to deregulate mifepristone so it can also be more accessible for management of EPL,” said Prager, who was not involved in the study.

Prager said she was not surprised by the findings, as effective medication should be less expensive than a procedure. “I would caution that the increased QALYs found in this study should not be interpreted as a reason to restrict surgical management of EPL but to increase access also to medication management, even though medication has a slightly lower rate of complete gestational sac expulsion,” she noted. “Mode of management should be up to the patient, unless there is a clear medical reason for one or the other.”

Going forward, “the FDA has it in its power to remove the REMS, which would immediately make mifepristone a medication that can be prescribed through a pharmacy and therefore much more available,” said Prager. “Restrictions for both medication and surgical management of EPL will likely increase in states where abortion is illegal, and it could possibly lead to patients having less choice as to mode of management,” she explained.

“There are many studies showing that all modes of EPL management are safe and effective and should be supported with respect to patient choice,” Prager noted. “There are also substantial data supporting the overall safety of mifepristone, and there are no scientific or medical data suggesting the REMS increases safety in any way. Frankly, there are no good, evidence-based reasons to continue to keep the REMS in place,” she said.

The study was supported by the National Institute of Child Health and Human Development of the National Institutes of Health and a Society of Family Planning Research Fund Midcareer Mentor Award. The researchers had no financial conflicts to disclose. Prager had no financial conflicts to disclose and serves on the Editorial Advisory Board of Ob.Gyn. News.

This story originally appeared on MDedge.com, part of the Medscape Professional Network.