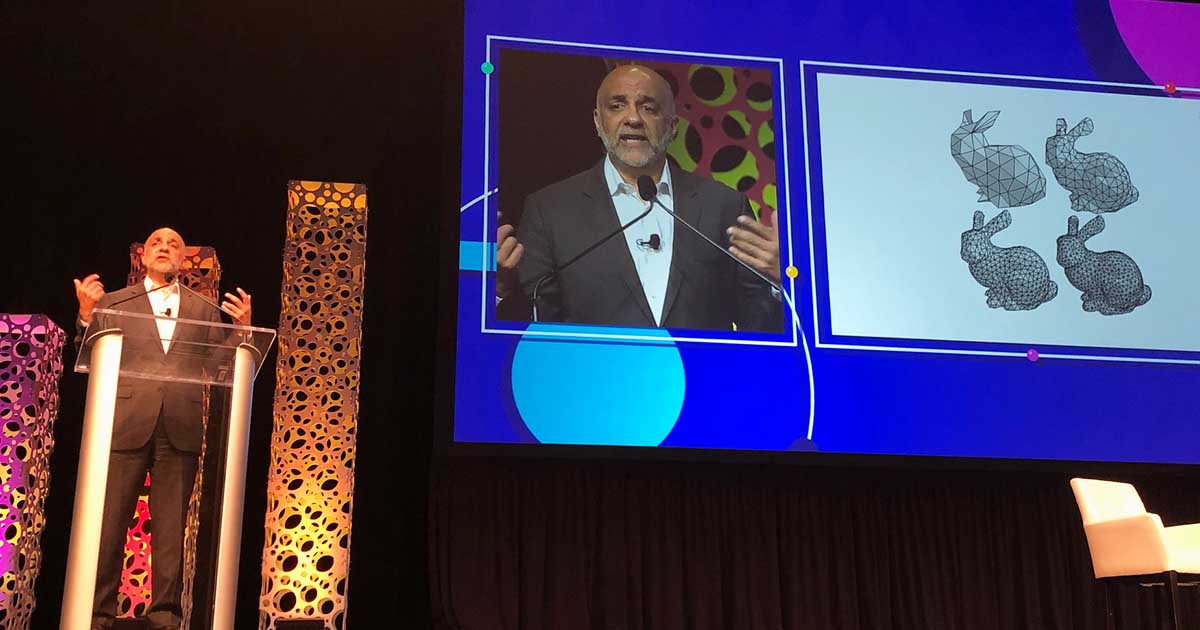 ORLANDO, Fla. – During a Tuesday evening Views from the Top session at HIMSS22, National Coordinator for Health IT Micky Tripathi shared the stage with Dr. Daniel Jernigan, deputy director for public health science and surveillance at the Centers for Disease Control and Prevention.

The topic was how the nationwide data exchange system can be shored-up and streamlined to enable more seamless and robust information-sharing with public health agencies – and ease the burden on healthcare providers.

The patchwork data reporting systems and strategies deployed in the U.S. as the novel coronavirus first spread two years ago were adequate in some respects. But clearly many of them – cobbled together on an ad hoc basis, often relying on phone and fax – left much room for improvement.

“It was really clear during those first moments of the pandemic response how unprepared we were,” said Jernigan. “There were lots of reasons why we weren’t. It was not something that just came up at that time, but it was something that had been developing for a number of years prior to that. For many years, we’ve been developing these siloed systems that didn’t speak with one another and could not scale.”

There are other fundamental challenges, such as outdated skillsets, and a public health workforce that has not been invested in as it should be.

“There are also older technologies,” he said. “We know that state health departments, almost all, many of them have on-premises systems.They have not been able to migrate to the cloud. And they have multiple different tools which CDC has provided that have not been necessary to maintain over time.

“The other challenge is that there’s a heavy burden for providers,” he added.

“We know that a doctor is basically required to submit some information for public health. They may be required by the state to do something separate. So there are multiple point-to-point submissions that these providers have to give. Doctors don’t have time. That kind of a system is quite burdensome for the provider, and also the labs that are required to report as well.”

It’s a longstanding problem, he said. But the good news is “there are a lot of great efforts that are coming up that are going to help us to address that problem.”

Pulling forward to the ‘next level’

A major enabler of those new efforts will be the recently-opened Trusted Exchange Framework of Common Agreement, said Tripathi, who used the talk to highlight TEFCA and other projects ONC is doing with respect to “a whole bunch of different things in the area of standards and data quality” with a firm focus on the public health domain.

“We’re pulling all of those levers in the direction of public health towards what we’re calling ‘North Star’ architecture,” he said.

ONC has had a busy past decade, coordinating some herculean efforts nationwide to get providers up and running on electronic health records and generating critically useful data. But, as Jernigan mentioned, public health agencies – not to mention payers, and labs, and post-acute care providers – were largely left out of the meaningful use gold rush, and aren’t as well connected to the provider side as they should be.

“We’ve invested now over 10 years and more than $40 billion in public dollars and a lot of sweat equity on the part of healthcare providers and technology developers, starting with HITECH Act in 2010 to provide incentives for the adoption of EHRs, which at that time was something like 10% of adoption, to the point where we are now, which is almost flipping that equation, 95% of hospitals, 90% of ambulatory providers EHRs, and that’s in a relatively short period of time.” he said.

“We now have the opportunity to really start to think about what it is we want to do. Now we have the opportunity – now that we’ve got virtually all of the hospitals and the majority of the outpatient providers on EHRs – to ask, how do we start thinking about a world where it really is a digital foundation from this point forward?

The question now is how to “bring healthcare and the public health system together more quickly, so it’s not one-way static reports periodically, but a much more dynamic ecosystem where we can be responsive in the way that we need to be for public health generally, and to help prevent crises that we may have in the future.”

ONC’s goal is to create architecture, said Tripathi, “based on open industry standards so you have the ability to have connections, have interoperability across different points in the ecosystem based on open standards.

“You don’t have to go very far to see what that looks like,” he added. “Think about everything you’re doing on your mobile phones every single day.”

The challenge is “how do we get to a place where you have that kind of open architecture, where you’re not having to negotiate bespoke contracts, having engineers on both ends of a phone call or a Zoom call to set up a point-to-point interface,” he said.

“We’ve got networks, we’ve got HIEs, we’ve got some point to point interconnections that allow for some of that capability. But as we start to get more and more ambitious, with more and more APIs, more and more capabilities, we start to build that in and have much more opportunities for high level, high traffic, high volume exchange, but also deeper point-to-point exchange.

There’s already more progress than many realize, said Tripathi – who offered a comparison to help put the scope of existing health data exchange in perspective.

“We’ve got networks. Carequality, CommonWell, eHealth Exchange, or a number of state and regional HIEs that are up and running to provide these kinds of network services, with high volume and high reliability.

Tripathi mentioned Swift, the sprawling international financial and bank messaging service that has drawn attention in recent weeks after Russia was cut off from it to sanction its invasion of Ukraine.

Ten to 15 million of those are actually payloads, he explained: “C-CDA, continuity of care documents, the medical records, snapshots or exchange among providers. And then the rest of that is messaging traffic that builds up to that, the query for patients, all of that. So we’ve got a lot of interoperability already, which is just something for us all to recognize and appreciate.”

Still, “for all of that traffic, public health barely participates,” said Tripathi. “And that’s one of the challenges that we have. That’s one of the siloing effects that we have on the interoperability of the healthcare delivery system, and you’ve got public health that gets reporting, relatively static, one way kind of messaging reporting. And then even in the pandemic, the opportunity to tap into those networks that have 50 million transactions a day was very, very difficult.”

That’s one of the things ONC and other stakeholders want to achieve with TEFCA, he said.

“We brought it live in January of this year – live, meaning networks can now participate – and what it directs is that ONC create a governance framework on top of the networks that exist today to allow more seamless exchange of information across those networks, according to a common set of rules, common set of technical specifications – basically common rules of the road.”

TEFCA is important because it helps “pull it forward to the next level in interoperability,” said Tripathi. “Because one of the challenges that we have with the networks today is that they focus on provider providers, for treatment purposes.

Since January, “networks are now in the process of reviewing contracts, reviewing specifications, and we have every expectation that by the end of this calendar year, we’ll have a couple of networks signed up and onboarding,” said Tripathi.

Together, alongside FHIR-based apps, the 21st Century Cures information blocking rules and other recent changes, all of those things and other pieces coming together,” to help build the conditions for a larger and more connected exchange ecosystem, he said.

To nudge the public health piece along even further, ONC recently worked with CDC to and HL7 to launch the Helios FHIR Accelerator.

“It brings together parties who are interested in a particular use case, in this case, public health, and to be able to bring together stakeholders – CDC, ONC, EHR vendors, providers, anyone else who’s considered themselves a public health stakeholder help develop novel use cases using FHIR APIs,” said Tripathi.

“We’re working with the CDC and other stakeholders on thinking about the policy considerations related to public health activity with TEFCA. That’s very exciting. And that hopefully will be the opportunity for public health to truly participate in that kind of exchange on a day-to-day basis.”