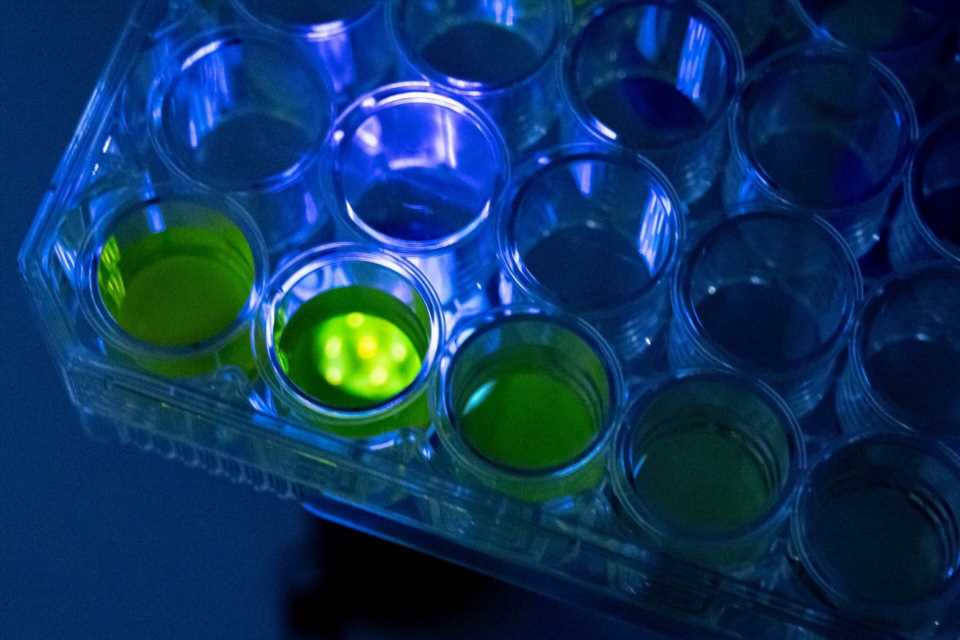 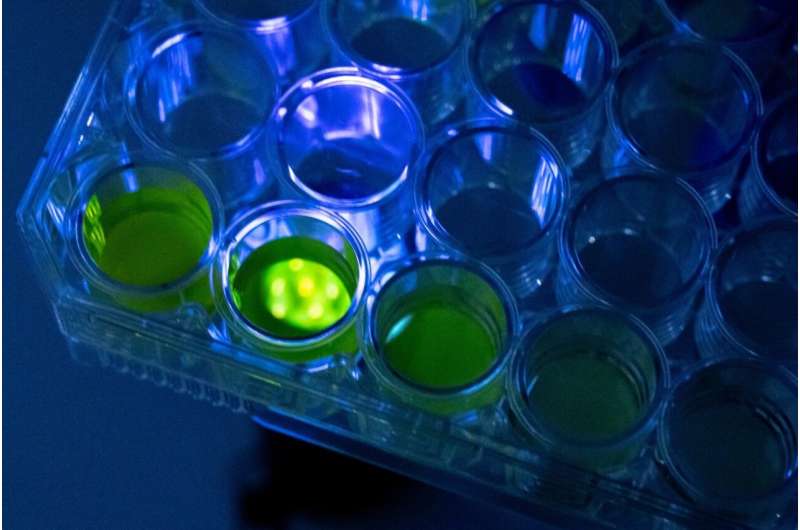 Dr. Izabela Ragan, an assistant professor at Colorado State University, is working in her dream job. A veterinary scientist by training, she said she always wanted to work in a research setting, adding that she likes taking an idea and moving it forward into the different phases of discovery.

Ragan is doing just that, as part of the team working on SolaVAX—one of several coronavirus vaccine candidates being studied at CSU.

SolaVAX uses UV light and riboflavin to create an inactivated virus, which stimulates a person’s immune system to fight the virus. The technology utilizes an existing commercial platform that is used to inactivate pathogens in blood transfusions.

This month, a new study on SolaVAX from the CSU team was published in the journal Vaccines. It was also featured on the cover of the publication.

Immune response, effect on tissue in the lungs ‘promising’

CSU scientists saw that the vaccine candidate helped minimize changes in tissues in the lungs caused by SARS-CoV-2.

“Based on what we’ve seen about the damage the virus potentially does to the respiratory tract, we did not see as much of an impact in our pathology results,” said Ragan.

In addition, in assessing the vaccine candidate for immune response, including reaction from T-cells, which play a critical role in the immune system, Ragan said the team saw that SolaVAX promotes a really good immune response.

“That was exciting to see,” she added.

The immune response research is led by study co-author and Assistant Professor Marcela Henao-Tamayo in the Department of Microbiology, Immunology and Pathology at CSU.

Ray Goodrich, senior author on the study and executive director at the Infectious Disease Research Center at CSU, said the findings are important because scientists continue to learn new things every day about how the human body has responded to the disease and is responding to vaccination.

“Sharing this information within the scientific community helps others,” he said. “We’re all learning from each other, and we’re all sharing our research.”

Goodrich, one of the inventors of the commercial platform being used to create SolaVAX, said the team saw that the vaccine candidate not only promoted the production of antibodies, but also by stimulating the body’s immune cells, it led to a cellular-level immune response consistent with other vaccine research about how to protect people from SARS-CoV-2.

“That’s important because this is the type of immunity that gives you long-term protection against COVID-19, the disease caused by SARS-CoV-2,” he said.

Ragan said the team continues to move toward the goal of creating “a very good vaccine candidate that has the potential to help with the pandemic, which is impacting humans and animals.”

“When the next new pathogen or virus emerges, we’ve got the resources, tools and expertise to attack it head on,” said Ragan. “We can come up with countermeasures, and I hope the SolaVAX platform can assist with that.”

CSU scientists will continue to study the longer-term immune response to the vaccine candidate, using more than a year’s worth of data. They’re exploring the new variants, how to protect people from being reinfected and also trying to see if the vaccine candidate can stop transmission of the virus within a population.