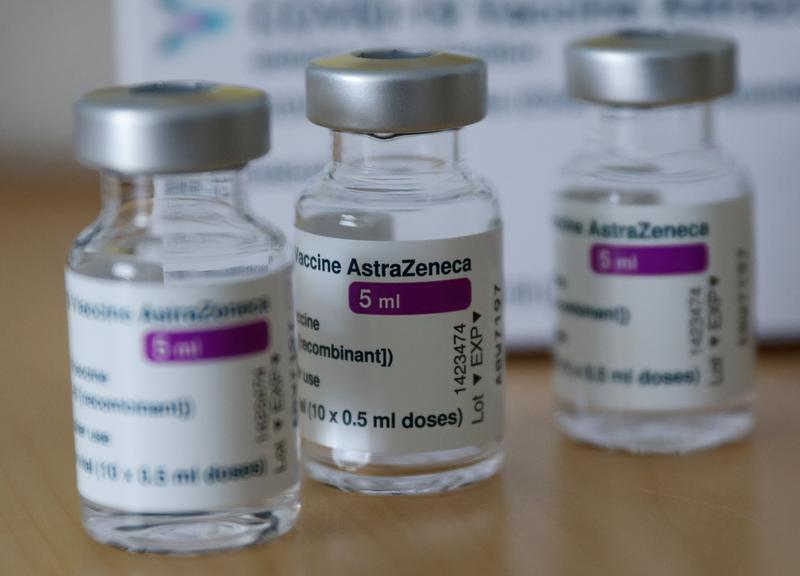 FILE PHOTO: Vials of the AstraZeneca’s COVID-19 vaccine are seen in a general practice of a doctor, as the spread of the coronavirus disease (COVID-19) continues, in Vienna, Austria April 30, 2021. REUTERS/Leonhard Foeger

OSLO (Reuters) -Norway will not resume its use of the COVID-19 vaccine made by AstraZeneca due to a risk of rare but harmful side-effects, newspaper VG reported on Wednesday.

Prime Minister Erna Solberg is expected to announce at 1600 GMT whether Norway will resume the use of the AstraZeneca shot, as well as the government’s decision on Johnson & Johnson’s inoculation.

The prime minister’s office and the health ministry were not immediately available for comment.

Authorities on March 11 suspended the AstraZeneca rollout after a small number of younger inoculated people were hospitalised for a combination of blood clots, bleeding and a low count of platelets, some of whom later died.

A study in Denmark and Norway found slightly increased rates of vein blood clots among people who have had a first dose of AstraZeneca’s vaccine, including clots in the brain, compared with expected rates in the general population.

On May 10, a public panel of medical, legal and other experts said the two vaccines should not be offered as part of the national inoculation scheme, although volunteers should be allowed to take them.