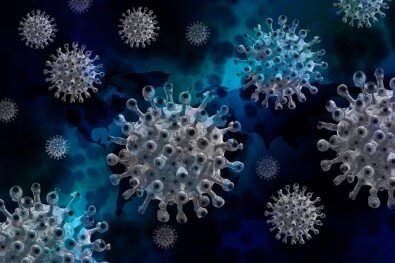 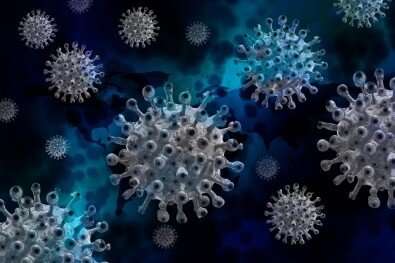 The probability that an obese person will develop severe COVID-19 is high regardless of age, sex, ethnicity, and the presence of co-morbidities such as diabetes, high blood pressure, and heart or lung disease, according to a study by Brazilian researchers published in Obesity Research & Clinical Practice.

The systematic review and meta-analysis of relevant data in the scientific literature focus on nine clinical studies, which in aggregate reported the evolution of 6,577 COVID-19 patients in five countries. The authors conclude that obesity is itself a factor that favors rapid progression to critical illness requiring intensive care and significantly increases the risk of death. The associated research project was supported by São Paulo Research Foundation – FAPESP .

“Several factors contribute to the progression to critical illness in the obese organism. One is the limited capacity to produce interferons [a class of proteins secreted by defense cells and essential to inhibit viral replication] and antibodies. In addition, adipose tissue functions as a reservoir for the virus, maintaining it in the organism for longer,” said Silvia Sales-Peres , a professor at the University of São Paulo (USP) in Bauru and principal investigator for the project.

This potentially higher viral load, she explained, is not the only problem faced by patients with a high body mass index (BMI). Recent research shows that the chronic low-grade inflammation typical of obesity—caused by excessive expansion of adipose cells—makes the inflammatory cytokine storm triggered by SARS-CoV-2 even more damaging to the lungs.

“Obese patients usually present with impaired respiratory function, as abdominal adipose tissue compresses the diaphragm and prevents it from moving normally,” Sales-Peres said. “In sum, various concurrent factors make these patients more predisposed to dependency on mechanical ventilation and other kinds of intensive care if they contract COVID-19. In the studies we analyzed, 9.4% of the obese patients treated in intensive care units died.”

BMI is a measure of body fat proportional to height and weight that applies to adult men and women and is considered the international standard for diagnosing malnutrition and obesity. It is calculated by dividing weight in kilograms by height in meters squared. Generally speaking, overweight corresponds to a BMI of 25 or more, while 30 or more indicates obesity. Almost 60% of Brazilians are overweight and some 20% are obese, according to the Health Ministry’s telephone surveillance survey on risk factors for chronic diseases (Vigitel).

“A higher degree of susceptibility to the novel coronavirus when a person reaches a certain number on the BMI scale is no accident. Impaired antibody production and chronic inflammation favor progression of COVID-19 in overweight subjects,” Sales-Peres said. “Our analysis also showed that the risk associated with obesity is even greater for smokers or subjects with co-morbidities such as diabetes, hypertension, and lung disease.”

She went on to argue that studies like this are important both to alert patients to the need to protect themselves against the virus and to help health services prepare for the potential demand for intensive care.

“We embarked on the study in April when it wasn’t so clear that obesity would be considered a major risk factor for COVID-19,” she said.

For the systematic review, the authors first searched Medline, Embase, Web of Science, BVS/Lilacs, SciELO, Scopus, and Google Scholar to select studies published on or before April 27 using key terms such as obesity and COVID-19. They identified 40 and ended up with eight that matched the inclusion criteria and were considered worthy of meta-analysis because they contained scientific evidence at the highest level to orient clinical practice.

“The 2018 Vigitel survey pointed to 30% growth in the overall prevalence of overweight in Brazil compared with 2006. Considering only the 18-24 group, the increase was 55.7%. This makes discussing the risk of severe COVID-19 associated with obesity extremely important,” Sales-Peres said.