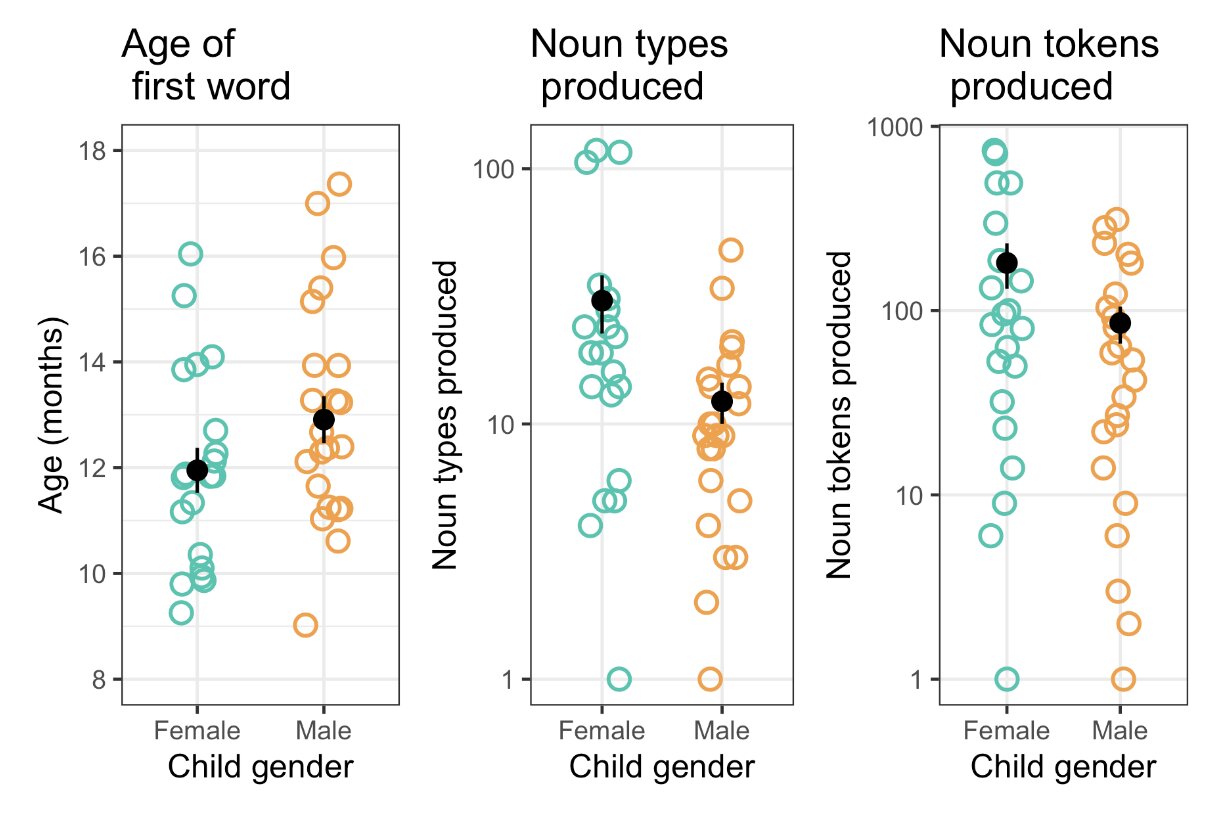 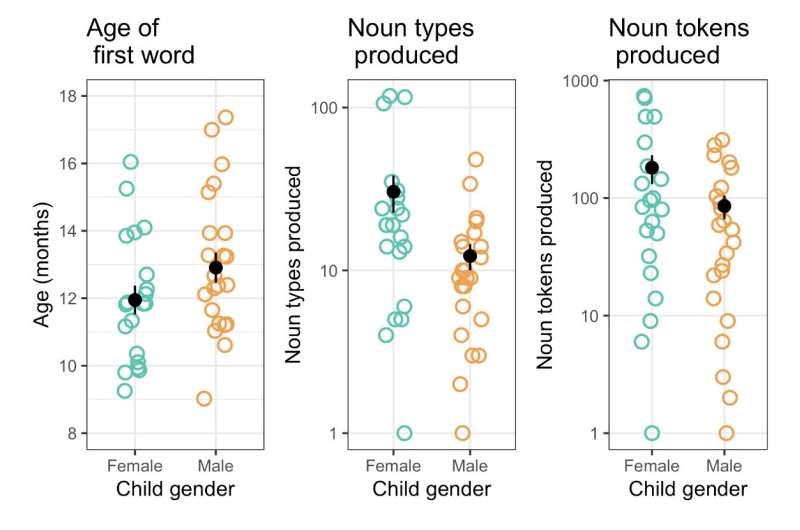 These are just a few of the thousands of words scientists at Duke painstakingly decoded from over 2,000 hours of infants’ daily lives. They recently used these data to determine if the amount of language kids hear might explain why girls have bigger vocabularies early in life than boys.

Instead, Shannon Dailey, Ph.D., a Duke University postdoctoral scholar and lead author of the new study, found that rather than caregivers talking more to their young daughters, they appear to talk more to young children who themselves are already talking, regardless of their gender. This offers an important insight for language development.

“This study provides evidence that children actively influence their own language environments as they grow,” Dailey said.

The new findings from Dailey come from her time as a graduate student in the lab of co-author and Duke psychology & neuroscience professor Elika Bergelson, Ph.D.

The paper appears in the journal Child Development on Dec. 1.

“People have long noted that there are sometimes differences between girls and boys for different language skills,” Bergelson said. “Language delays and deficits, for example, are more common in boys than and girls, so that raises the question of why.”

Dailey and Bergelson reasoned that girls’ typical (and temporary) vocabulary advantage might be due to them receiving more “language input” from their parents than boys.

To test that hunch, the team and a cadre of research assistants counted the utterances that 44 kids (21 girls and 23 boys) heard and produced for an entire year, starting when the tots were only six months old. This age range is ideal because they can track what kids are hearing at six months, which is well before they start talking, all the way through when most kids have started talking at 18 months, Dailey explained.

Babies were outfitted once a month with a colorful vest that covertly housed a pocket-sized audio recorder to capture a day’s worth (~16 hours) of conversation. They also wore a small camera-embedded cap on their noggin on a separate day once a month to record video, from which the team extracted audio for analysis.

All told, Bergelson amassed a whopping 8,976 hours of sound.

“If it’s fully transcribed by the time I retire, I’ll be happy,” Bergelson said.

That’s because it can take up to eight hours to transcribe just a single hour of recorded audio with a “fine grain of detail,” Bergelson said. To help save time, the team focused on the chattiest few hours per recording, amounting to 2,112 hours of sound to unpack.

Still, with 48 hours of audio from each of the 44 kids, a researcher working nonstop starting January 1 wouldn’t finish transcribing it until December 5 the following year (appropriately, that happens to be National Communicate With Your Kids Day).

Unfortunately, Siri and its peers aren’t smart enough to automatically transcribe baby talk (or even everyday caretaker talk), so Bergelson relies on research assistants in her lab to annotate everything by ear.

The team’s hard work paid off with their latest batch of findings from their massive “corpus,” or finely detailed set of spoken words.

“Most of what kids under 18 months say is nouns,” Bergelson said. “So it’s a nice proxy for language development and vocabulary.”

The team then went down the line trying to figure out what might account for girls’ larger lexicon.

Dispelling antiquated beliefs, Dailey and Bergelson found that girls aren’t more talkative—girls and boys spoke the same amount, a finding that others have found persists into adulthood, Bergelson said. That made it less likely that more conversational practice might lead to a bigger vocabulary.

The girls’ bigger vocabs also weren’t due to them speaking earlier per se. While girls typically warbled their first words around the time of their first birthday, boys were right behind them, and tended to start talking just a month later at 13 months of age.

In the end, the team couldn’t account for girls’ bigger vocabularies based on what they heard before they uttered their first words. Rather, they found that parents talked more to their kids once they started talking, regardless of gender.

“It turns out that girls have a larger vocabulary by 18 months,” Bergelson said. “And so that could’ve meant caretakers talk to girls more, but really they just talk to talkers more.”