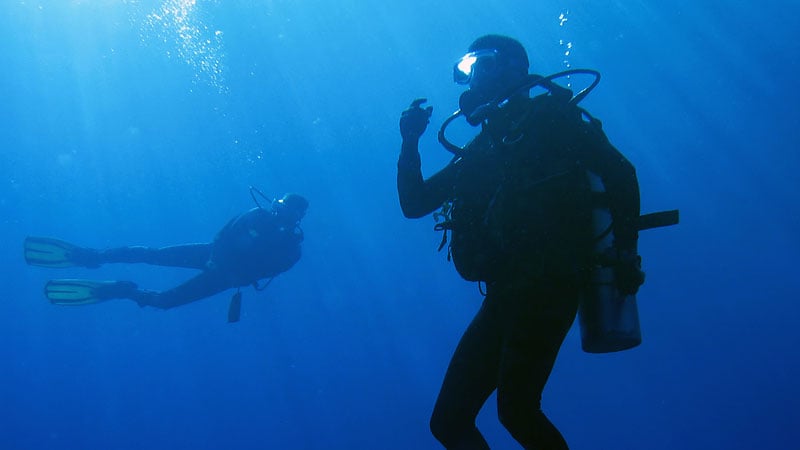 An analysis of more than 800 divers showed that those who were screened and then underwent PFO closure were less likely to experience unprovoked decompression sickness (DCS) than those who took a conservative approach to management.

“This is the first study to show that PFO closure is effective in DCS prevention in divers with a high-grade PFO,” who face an increased risk, Jakub Honěk, MD, PhD, Motol University Hospital, Prague, said in an interview with theheart.org | Medscape Cardiology.

In contrast, he noted, “a conservative approach to diving that limits nitrogen exposure and allows for more gradual decompression had lower efficacy in this group of divers.”

The findings were published online August 18 in JACC: Cardiovascular Imaging.

PFO is associated with an increased risk for decompression sickness in divers due to paradoxical embolization of nitrogen bubbles, the researchers note. “These events can be unpredictable in divers with a PFO.”

Recently, transcatheter closure was shown to reduce DCS occurrence in divers with a high-grade shunt, the researchers note in their report. “However, to date, there are no data regarding the effectiveness of any PFO screening and risk stratification strategy for divers,” they write.

For this study, 829 consecutive divers were enrolled in the Decompression Illness Prevention in Divers with a Patent Foramen Ovale registry between January 2006 and December 2018.

Elective PFO closure was performed on divers with a grade 3 PFO on examination, and either a history of unprovoked DCS or their preference if they were not able to dive conservatively. Follow-up was conducted through a telephone visit. If follow-up was unavailable, the National Database of Deaths was used to check survival.

Of the 748 divers for whom follow-up was available, 702 kept diving. Of these, 153 had a high-grade PFO; catheter-based PFO closure was performed on 55, whereas 98 were advised to dive conservatively.

“The results are consistent with previous findings that i) PFO closure eliminates arterial gas emboli and ii) PFO is a major risk factor for unprovoked DCS,” write Honěk and colleagues.

“From the reported data, it appears that closure is far better than conservative diving. That confirms our expectations,” Petar Denoble, MD, Divers Alert Network in North Carolina, who was not involved in the research, said in an interview.

However, Denoble noted that he would have liked to see more data reported by the authors, including details about the diagnostic criteria for DCS, the non-PFO divers, and the divers who gave up diving.

Although elective PFO closure might be considered in technical divers, Denoble said that he “does not endorse it in general for recreational divers; it should be decided about on a case-by-case basis in consultation with a diving medicine specialist.”

“For example, divers with a history of thousands of dives but no DCS may not need the closure; they should instead continue diving conservatively or at least be cautious not to exceed their past limits,” he added.

Questions remain about the actual risk–benefit ratio of PFO closure and the amount of risk reduction that conservative diving offers, comparatively, to “progress towards precision medicine and an individualized approach to solving the PFO issue in divers,” Denoble said.

Study limitations include selection bias and the self-reporting of the study endpoints, the researchers note.

Next steps include investigating whether there any individual characteristics that would make divers with a PFO more prone to DCS occurrence, Honěk said.

This study was funded independently. Honěk and Denoble disclose no relevant financial relationships.

Anna Goshua is a reporting intern with Medscape. She is a dual medical and journalism student who has previously written for STAT, Scientific American, Slate, and other outlets. She can be reached at [email protected] or @AnnaGoshua.