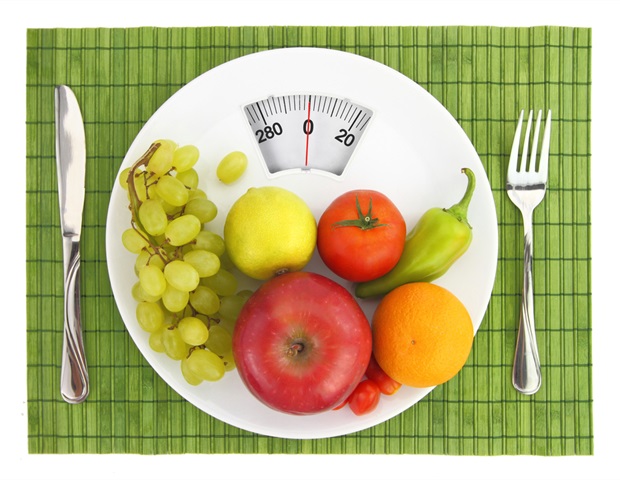 A plant-based diet appears to afford significant protection to rats bred to become hypertensive on a high-salt diet, scientists report. When the rats become pregnant, the whole grain diet also protects the mothers and their offspring from deadly preeclampsia.

Although we have all heard to avoid the salt shaker, an estimated 30-50% of us have a significant increase in blood pressure in response to high-salt intake, percentages that are even higher and more impactful in Blacks.

The two new studies provide more evidence that the gut microbiota, which contains trillions of microorganisms that help us digest food and plays a key role in regulating the response of our immune system, is also a player in the unhealthy response to salt, investigators at the Medical College of Georgia and Medical College of Wisconsin report in the journals ACTA PHYSIOLOGICA and Pregnancy Hypertension: An International Journal of Women's Cardiovascular Health.

The findings provide more evidence of the "potential power" of nutritional intervention to improve the gut microbiota, and consequently our long-term health, says Dr. David L. Mattson, chair of the MCG Department of Physiology, Georgia Research Alliance Eminent Scholar in Hypertension and senior author on the two studies.

They result from the unexpected observation that the protection works even in a well-established model of salt-sensitive hypertension: The Dahl salt sensitive rat.

As their name indicates, these rodents are bred to develop hypertension and progressive kidney disease on a high-salt diet. In 2001, the Medical College of Wisconsin shared their colony of Dahl SS rats, who were fed a milk-based protein diet, with Charles Rivers Laboratories. Once the rats arrived as Charles River Laboratories, headquartered in Wilmington, Massachusetts, they were switched to a grain-based diet. Both diets are relatively low in sodium, although the protein, or casein-based, diet actually has a little less salt.

It was soon noted that when high-salt content was added to their diet, the relocated rodents developed significantly less high blood pressure and related kidney damage than the rat colonies that remained in Wisconsin.

People ordered them and used them with the idea that they were going to study hypertension and they developed next to none."

More than a decade of research documented these differences, Mattson and his colleagues at MCG and MCW write, and now has shown them that developing salt-sensitive hypertension isn't just about sodium consumption.

"The animal protein amplified the effects of the salt," says Mattson, a longtime hypertension researcher, who along with Dr. Justine M. Abais-Battad, physiologist, and postdoc Dr. John Henry Dasinger, came to MCG from Wisconsin two summers ago.

"Since the gut microbiota has been implicated in chronic diseases like hypertension, we hypothesized that dietary alterations shift the microbiota to mediate the development of salt-sensitive hypertension and renal disease," they write in the journal ACTA PHYSIOLOGICA.

The gut microbiome is designed to metabolize what we eat, break it down and put it in a form that gives us nutrition, first author Abais-Battad says, and reciprocally it reflects what we eat.

When they looked at the microbiomes in the rats: "Sure enough, they were different," she says.

They sequenced the genetic material of both rat colonies and found they were "virtually identical," but their response to a high-salt diet was anything but, Mattson says.

As they anticipated at this juncture, the Wisconsin rats developed renal damage and inflammation — both indicators of high blood pressure — but on the same high-salt diet, the Charles River rats experienced significantly less of these unhealthy results. The distinct differences they saw in their microbiota, reflected the difference in disease incidence and severity.

When they gave the protected rats some of the distinctive gut microbiota from the Wisconsin rats, via fecal transplant, the rats experienced increases in blood pressure, kidney damage and in the number of immune cells moving into the kidneys, organs which play a huge role in blood pressure regulation by regulating fluid balance, in part by determining how much sodium is retained. It also changed the composition of their microbiota.

But when they shared the microbiota of the protected rats with the Wisconsin rats, it didn't have much impact, potentially because the new microorganisms couldn't flourish in the face of the animal-based protein diet, the scientists say.

Preeclampsia is a potentially lethal problem during pregnancy where the mother's blood pressure, which typically was normal before, soars and organs like the kidneys and liver show signs of damage. There is evidence that even on a low-salt diet, Dahl salt sensitive rats are inclined to develop preeclampsia.

To look at the impact of diet in this scenario, the Dahl SS rats were kept on their respective plant- or animal-based protein diet, which again are each relatively low salt, and both groups had three separate pregnancies and deliveries.

Rats on the whole wheat based-chow were protected from preeclampsia while about half of the rats on the animal-based casein diet developed this significant complication of pregnancy, says Dasinger, first author on the preeclampsia study. They experienced a significant increase in the protein spilled into their urine, an indicator of kidney trouble, which worsened with each pregnancy; increased inflammation, a driver of high blood pressure; increased pressure inside the renal artery; and showed significant signs of kidney destruction when the organs were studied on follow up. They died of problems like stroke, kidney disease and other cardiovascular problems.

"This means that if mom is careful with what she eats during pregnancy, it will help during the pregnancy, but also with her long-term health and could provide protective effects for her children," Dasinger says. The scientists note this reinforces the message that physicians and scientists alike have been sending mothers-to-be for decades.

They plan to look more directly at the impact of diet on offspring and whether protection is passed to the babies through breast milk, Dasinger says. Since they know that the function of immune cells is affected by diet, they also want to look further at the function of the immune cells that show up and already have some evidence that T cells, drivers of the immune response, are a factor in the development of preeclampsia.

The work Abais-Battad, Dasinger and Mattson already have done shows that a key difference the different diets yield is the protein-based diet results in production of more proinflammatory molecules, where the plant-based diet actually seems to suppress these factors.

They also are further exploring the impact of diet of the renin-angiotensin system, which helps regulate blood pressure. They also want to better dissect the blood pressure-raising bacteria and the factors they produce.

High blood pressure is the largest modifiable risk factor for development of cardiovascular disease, and, according to the newest guidelines from groups like the American Heart Association, which say a systolic, or top number of 120+ is elevated and top numbers of 130-139 is stage one hypertension, nearly half of us are hypertensive. Diet — including a high-salt diet — is one of the top modifiable risk factors for high blood pressure and cardiovascular disease, the scientists say. Hypertensive humans and animals alike have been found to have an unbalanced, less diverse gut microbiota than those with normal blood pressure.