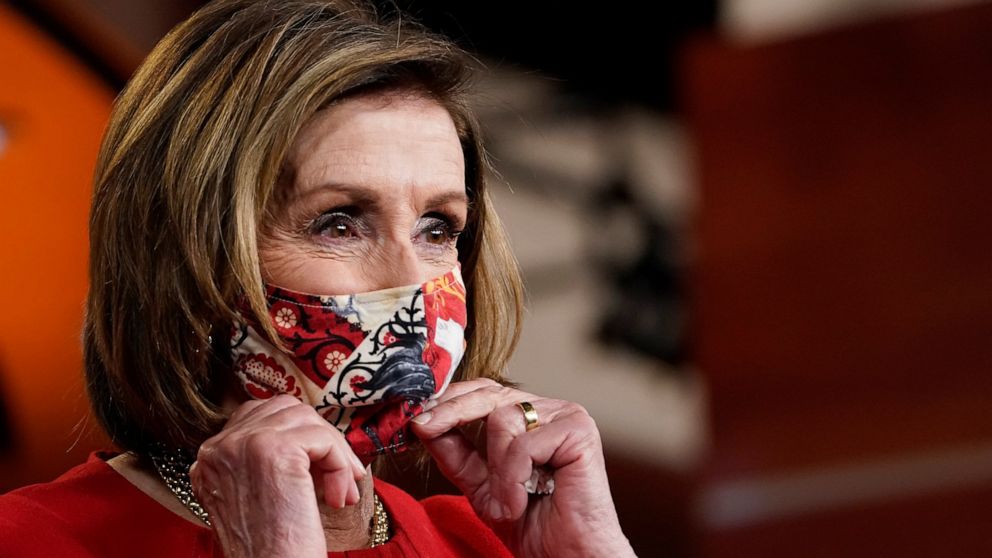 WASHINGTON — Republicans are rebelling against the requirement that they wear a mask on the House floor, stoking tensions with majority Democrats who are refusing to change the rules despite updated guidance from federal health officials.

The GOP lawmakers opted to keep their mask off during votes Tuesday, with some taking care to stand in the well of the chamber to ensure that spectators, colleagues and C-SPAN’s cameras could not miss them.

Seven lawmakers will be getting such warnings, according to a list obtained by The Associated Press: Reps. Lauren Boebert of Colorado, Thomas Massie of Kentucky, Marjorie Taylor Greene of Georgia, Chip Roy of Texas, Bob Good of Virginia, Louie Gohmert of Texas and Mary Miller of Illinois

Three more had already received a warning and will be fined $500. They are Reps. Brian Mast of Florida, Mariannette Miller-Meeks of Iowa and Beth Van Duyne of Texas. They will be subject to a fine of $2,500 for additional offenses.

The mask revolt in the House has been brewing for months, with some Republicans chafing at the extra safety precautions imposed during the pandemic and bolstered after the Jan. 6 insurrection at the Capitol. Democrats imposed mask-wearing requirements last year when many Republicans, defying public health guidance, refused to wear face coverings.

But the dynamic has shifted now that the Centers for Disease Control and Prevention has altered its mask guidelines, saying it’s safe for fully vaccinated people to skip face coverings and social distancing in virtually all situations. The CDC guidelines say all people should still wear masks in crowded indoor locations such as airplanes, buses, hospitals and prisons. Lawmakers and others in the Capitol have stopped wearing masks when moving around the building.

At one point Tuesday, Boebert, Taylor-Greene and Massie stood together unmasked for several minutes in the well of the House. Democratic Rep. Jamie Raskin of Maryland went over and spoke with them. The conversation appeared cordial.

Raskin told reporters that he can’t wait to take his mask off during House floor proceedings. “The reason we can’t take our masks off is because so many Republicans are not vaccinated and are refusing to do it,” he said.

Lawmakers can remove their mask off when speaking on the House floor, but otherwise must keep it on when they are in the chamber. There is no requirement for wearing masks in the Senate chamber.

After Tuesday’s votes, several of the Republicans who declined to wear a mask gathered outside the Capitol for a group picture.

Massie tweeted: “We’ve had enough. We are refusing to wear our masks on the floor during this vote in spite of Pelosi’s threat to take $500 from each of us. Her rule is not based on science.”

“Proud to join @RepThomasMassie to stand up for every student and every hard working American wanting the insanity to end,” Roy tweeted.

Taylor-Greene took to the House floor again on Wednesday without her mask. She positioned herself in a chair behind the Republican lawmakers who spoke on the floor, which ensured she would be seen by television viewers watching the proceedings.