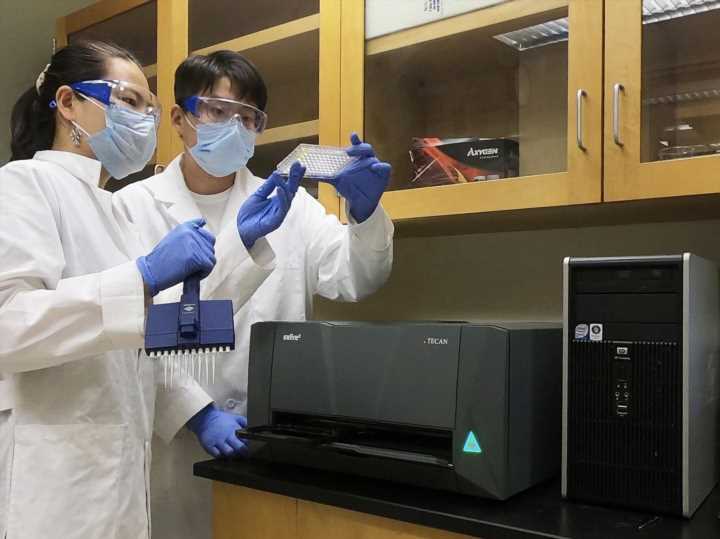 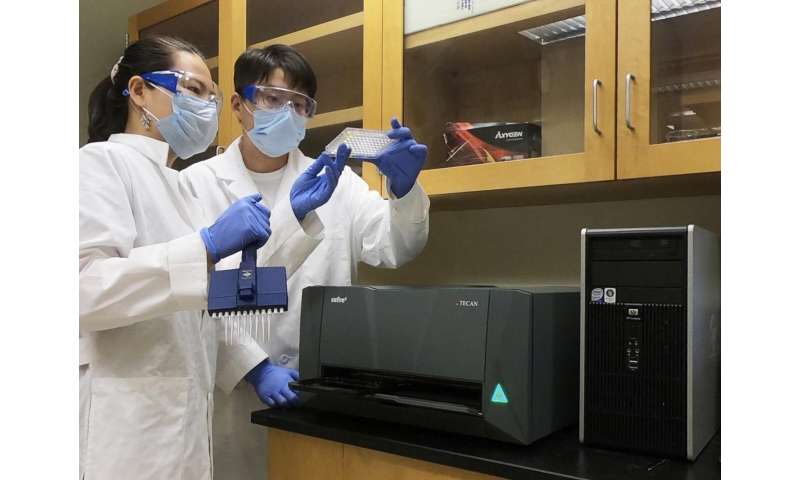 Washington State University scientists have developed a method to detect the biomarkers for Alzheimer’s disease that is 10 times more sensitive than current blood testing technology.

While still in the initial stages of development, the research could lead to earlier detection of the neurodegenerative brain disease that affects 5.8 million people in the U.S. That number is predicted to rise to 14 million Americans by 2050.

Led by Research Professor Dan (Annie) Du in WSU’s School of Mechanical and Materials Engineering, the researchers report on their work to use an artificial enzyme to detect the Alzheimer’s biomarkers in the Science partner journal, Research. WSU Ph.D. students Zhaoyuan Lyu and Shichao Ding are the co-first authors of the paper.

For Alzheimer’s disease, doctors most often diagnose patients based on their symptoms. By that time, the patients often already have severe brain damage. Imaging technology such as magnetic resonance imaging and CT scans can also be used to help confirm the disease, but they are not suitable for early stage diagnosis.

Occasionally, doctors may test spinal fluid to look for beta-amyloid proteins, markers of the disease, but the process is more invasive than a simple blood test would be.

One common way of testing blood is the ELISA, or enzyme-linked immunosorbent assay, which is used to test for a variety of diseases such as HIV, which causes AIDS, and Lyme Disease. The ELISA uses a natural enzyme found in the roots of horseradish that can change color to indicate the presence of disease biomarkers. But, using the technique to detect the beta-amyloid proteins of Alzheimer’s is difficult because their levels in the blood are too small.

Last year, the WSU researchers created an artificial enzyme using a single-atom architecture that was able to work as efficiently as natural enzymes. Their artificial enzyme, called a nanozyme, is made of single iron atoms embedded in nitrogen-doped carbon nanotubes.

For this work, the researchers were able to use their single-atom nanozyme to mimic the active site of a natural enzyme and to detect the Alzheimer’s Disease proteins at levels 10 times lower than commercially available ELISA tests.

“The nanozyme based on a single-atom catalyst that we created has a similar structure as a natural enzyme with remarkable enzyme-like activity and paved the way for detecting the Alzheimer’s Disease biomarker,” Du said.

The nanozyme was also more robust than natural enzymes, which can degrade in acidic environments or in high temperatures. It is also less expensive and could be stored for long periods of time, Du added.

Lyu said she has family members who have been touched by Alzheimer’s Disease that has such a huge impact on the daily lives of patients and their families. She hopes that she can make a difference in detecting the disease earlier.

“This shows great potential for the early-stage diagnosis of Alzheimer’s Disease,” she said.

The next step of the research will involve testing their method with real blood samples.