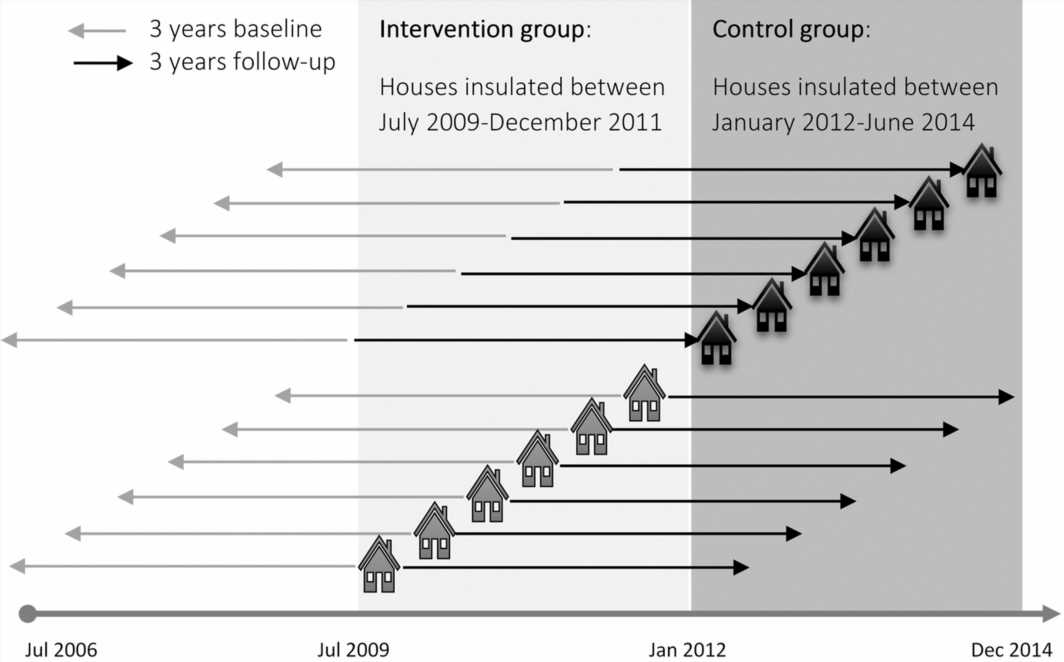 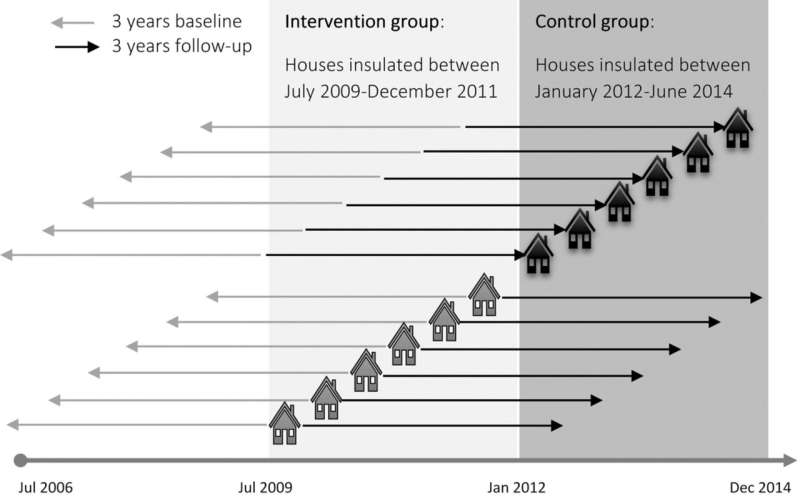 Retrofitting home insulation can reduce the onset of chronic respiratory diseases such as asthma by up to 10%, new University of Otago research shows.

The research, published in science journal Indoor Air, found insulation can also help to manage symptoms, with even greater gains in homes that also had heat pumps fitted.

Researchers from the He Kāinga Oranga—Housing and Health Research Program at the University’s Wellington campus analyzed pharmaceutical prescriptions that were dispensed to residents of more than 200,000 houses that received subsidized insulation through the EECA Warm-Up New Zealand: Heat Smart program that ran between 2009 and 2014.

Results show the intervention group, which included people whose homes were insulated between 2009 and 2011, was 10% less likely to develop chronic respiratory diseases when compared with a control group whose homes had no retrofitted insulation.

Children under the age of 15 were 15% less likely.

Lead author Dr. Caroline Fyfe says the results support other studies conducted by He Kāinga Oranga that show children are less likely to develop asthma symptoms when their home environment is warmer and less prone to damp and mold.

“We also know that the longer people are exposed to cold and damp housing the more likely they are to develop chronic respiratory disease, so it is particularly important that children have a healthy home environment,” Dr. Fyfe says.

Researchers also discovered there was a 4% relative reduction in medication for respiratory disease symptoms dispensed to the intervention group after insulation was retrofitted.

The reduction was 7% when a low-emissions, energy efficient heater—mostly commonly a heat pump—was also installed.

Dr. Fyfe says the study adds to an emerging body of evidence that new onset of chronic respiratory conditions, as well as exacerbation of pre-existing diseases, can be prevented, at least in part, by addressing some of the causes of cold damp housing in Aotearoa New Zealand.

“Most New Zealand houses are cold by international standards, and many were built before insulation was required.