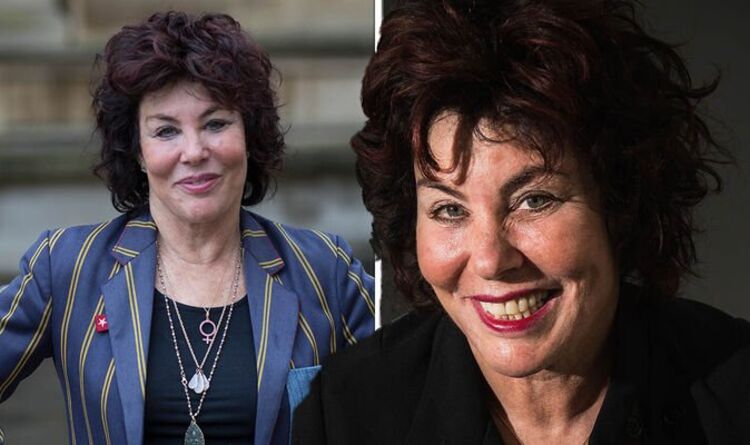 The star, who was awarded an OBE in 2015 for her services to mental health has always spoken plainly about her own mental health. After being hospitalised back in 2007 with what she called a “tsunami of all depression,” Wax has gone on to make an online series on mental-health issues for the BBC and her 2010 stand-up show Losing It focused on her experience with clinical depression.

When writing for the Mirror late last year for World Mental Health Day, Wax revealed more about her own personal experience, and the stigmas that still surround mental health problems.

She wrote: “When I was institutionalised, I got very few good luck cards or flowers. If I had a broken leg or a case of shingles, I’d be ­inundated. I just got a few phone calls telling me to ‘Perk up’.

“When you have a mental disorder, like depression, you get a big double whammy –you’re ill but you can’t tell you’re ill.

“Because when the very thing that makes these assessments – your brain – has gone down, it can’t give a correct reading. If you had a spare brain it would tell you, but you don’t.

“I had to ask my agent if she thought I was crazy and she said: ‘Yes’.

“I just thought my old personality had been replaced by a block of cement and that depressed me even more.”

Clinical depression is described by the NHS as more than feeling unhappy or fed up for a few days but a serious mood disorder.

The condition causes severe symptoms that affect how you feel, think, and handle daily activities, such as sleeping, eating, or working, causing severe impacts on an individual’s everyday life.

The National Institute of Mental Health explains that if individuals having been experiencing the following symptoms for two weeks or more they should seek medical advice:

There is also no single cause for depression. It can occur due to a variety of reasons including a stressful life event, bereavement, job or money worries or a combination of events that build up over time.

The NHS explains that if someone in your family has had depression in the past, such as a parent or sister or brother, it’s more likely that you’ll also develop it, something that Wax worried about after having her three children.

In an interview with the Guardian she said: “The kids didn’t know I had depression until they were older. Ed [Bye] covered for me and told them I was away making a documentary or if I was home, that I had the flu, but when Max was about 16 we shared it with them.

“We introduced them to other people with depression and that made it less scary. My children have all been there for me and are very nurturing and rally round and understand.

“We don’t know if mental health is nature or nurture and I did worry about that and whether I had passed the baton on. Depression kicks in early but it didn’t for any of them. I look at them now and think ‘I got lucky’.”

As well as sharing her darkest moments, Wax has shared how she copes with depression, even gaining a master’s degree in mindfulness-based cognitive therapy. “We live in a time where a life crammed to the hilt is considered a success story, but so many of us are struggling with the pressure and afraid to admit it,” she said talking to Women’s Weekly.

“I only use social media when I need it, then I switch it off, but that’s something that you need to train your brain to do now. It’s addictive and I am addicted to it.

“I watch Netflix until late at night, but if you practise something like mindfulness or cognitive therapy, there will be a little buzzer in your mind that acts as a warning. I have that when I have depression coming on – a warning that says ‘enough already’.”

Treatment for depression usually involves a combination of self-help, talking therapies and medicines. Cognitive behavioural therapy (CBT) aims to help you understand your thoughts and behaviour. The therapy recognises that events in your past may have shaped you, but concentrates mostly on how you can change the way you think, feel and behave in the present.

For confidential mental health support, call 116 123 to talk to Samaritans, or email: [email protected] for a reply within 24 hours. Alternatively, text “SHOUT” to 85258 to contact the Shout Crisis Text Line, or text “YM” if you’re under 19.