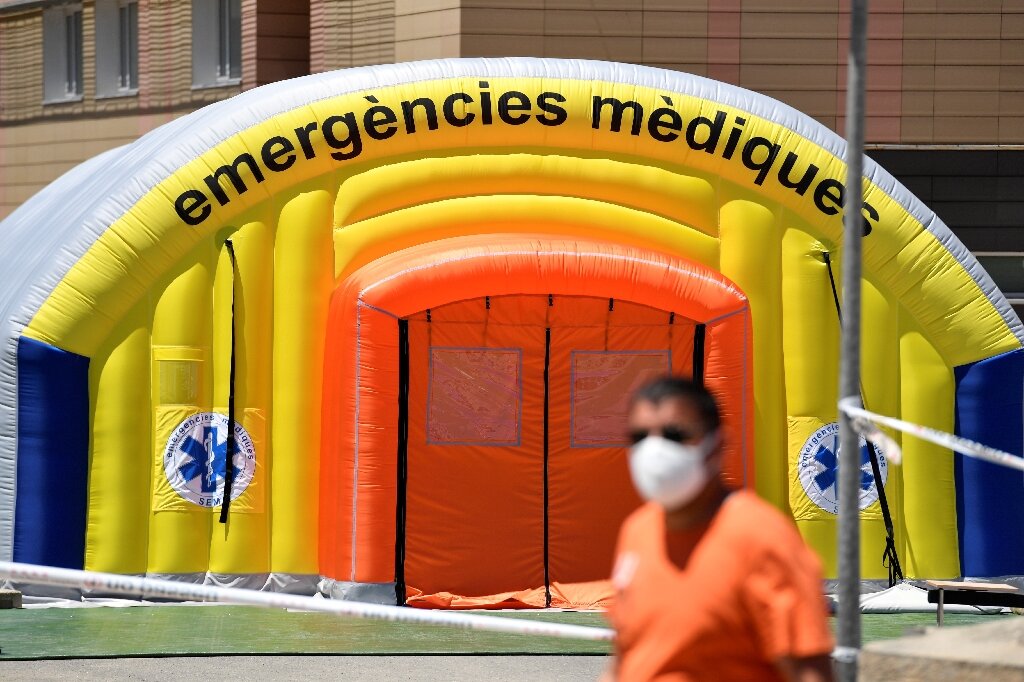 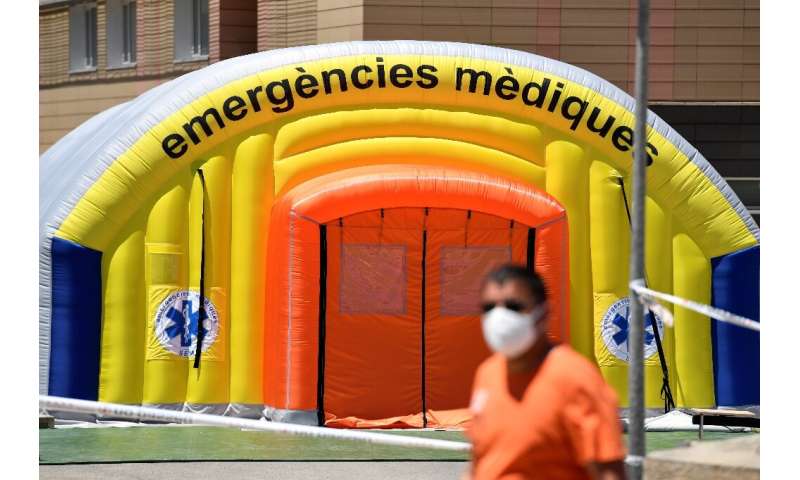 Hundreds of thousands of Catalonia residents were ordered back into lockdown on Sunday as coronavirus cases spiked in the Spanish region and new figures showed infections accelerating in many other parts of the world.

Since the start of July, nearly 2.5 million new infections have been reported, a record level since the first outbreak of the disease in China last year, according to an AFP tally.

In just a month-and-a-half the number of cases worldwide has doubled, according to the count based on official figures.

The government of Catalonia region told residents in and around the northeastern town of Lerida to go back into home confinement.

The area, with a population of more than 200,000, had already been ordered isolated from the rest of the region last weekend.

It marks the first time that Spaniards have been kept in their homes since the hard-hit country exited confinement on June 21.

‘Never been against masks’

US President Donald Trump, meanwhile, wore a face mask in public for the first time, apparently dropping his resistance to the protective item.

He opted for a dark mask bearing the presidential seal during a visit Saturday to wounded veterans in a hospital outside Washington . 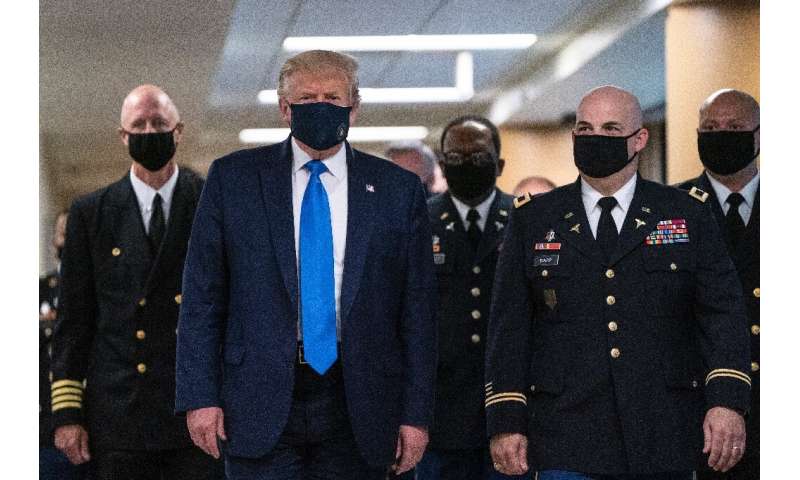 “I’ve never been against masks but I do believe they have a time and a place,” he told reporters.

Surveys show most Americans are unhappy with how Trump, who is trailing Democrat Joe Biden in opinion polls ahead of the November election, has handled the public health crisis.

The US posted yet another daily record of confirmed cases Saturday with more than 66,500 new infections, while the death toll rose by almost 800 to nearly 135,000.

Across the planet, the pandemic has infected nearly 13 million people, killed over 565,000 and triggered massive economic damage in the seven months since it was detected in the Chinese city of Wuhan. 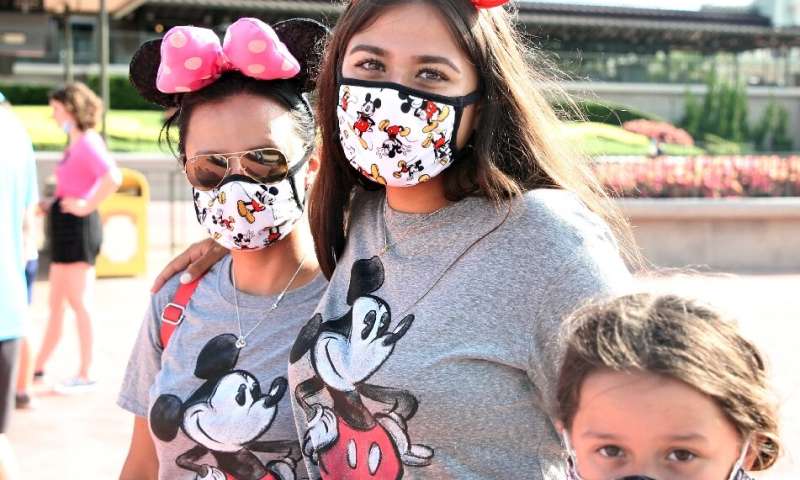 India, a country of 1.3 billion people, is the third-worst infected in the world after the United States and Brazil where President Jair Bolsonaro tested positive last week.

WHO chief Tedros Adhanom Ghebreyesus on Friday called on countries to adopt an aggressive approach to tackling the virus, citing successful efforts in Italy, South Korea and elsewhere.

Despite Sunday’s lockdown move in Spain, life in parts of Europe has been returning to some semblance of normality, although the continent remains the worst affected with more than 202,000 deaths from 2.8 million cases.

Elections were held in Spain and Poland Sunday after being postponed because of the virus, with strict hygiene measures in place. 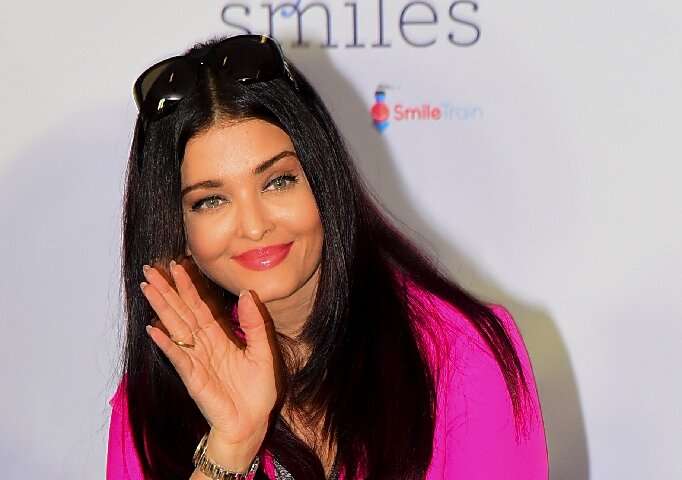 But the tourism industry across Europe has been battered, with many businesses forced to shut because of the impact of punishing lockdowns.

“Everything’s dead,” said Jesus Maldonado, owner of the Santos Bar just across from the Mesquite, the mosque-cathedral in the Spanish city of Cordoba.

In neighbouring France, where reopened bars and restaurants are bustling in the summer heat, officials have warned of rising cases as the death toll topped 30,000.

The French government said it plans to introduce systematic testing at airports for visitors from so-called category “red” countries where COVID-19 is still prevalent.

In Paris, demonstrating nightclub workers demanded a re-opening of their venues, arguing that strictly-controlled club visits would be safer than unregulated beach parties. 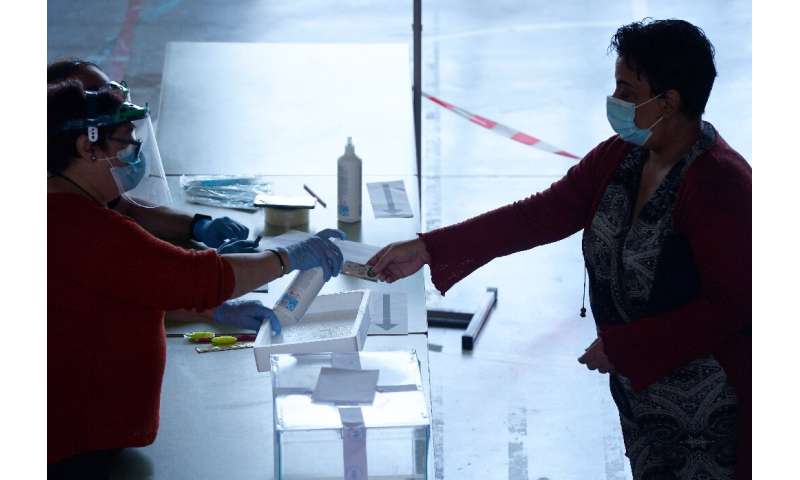 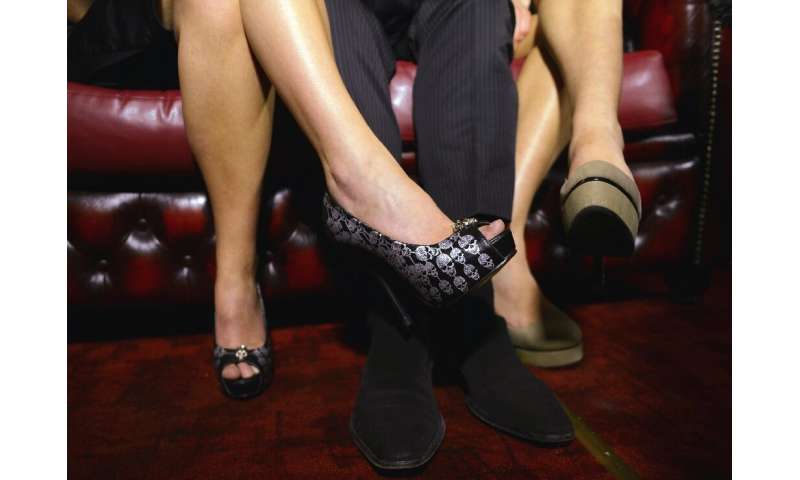 Across the border in Germany, Berlin offered financial help for the city’s famous nightclubs which have remained shut for four months.

In Iran, the supreme leader said the situation was “truly tragic” and urged all citizens to help stem what has been the Middle East’s deadliest outbreak.