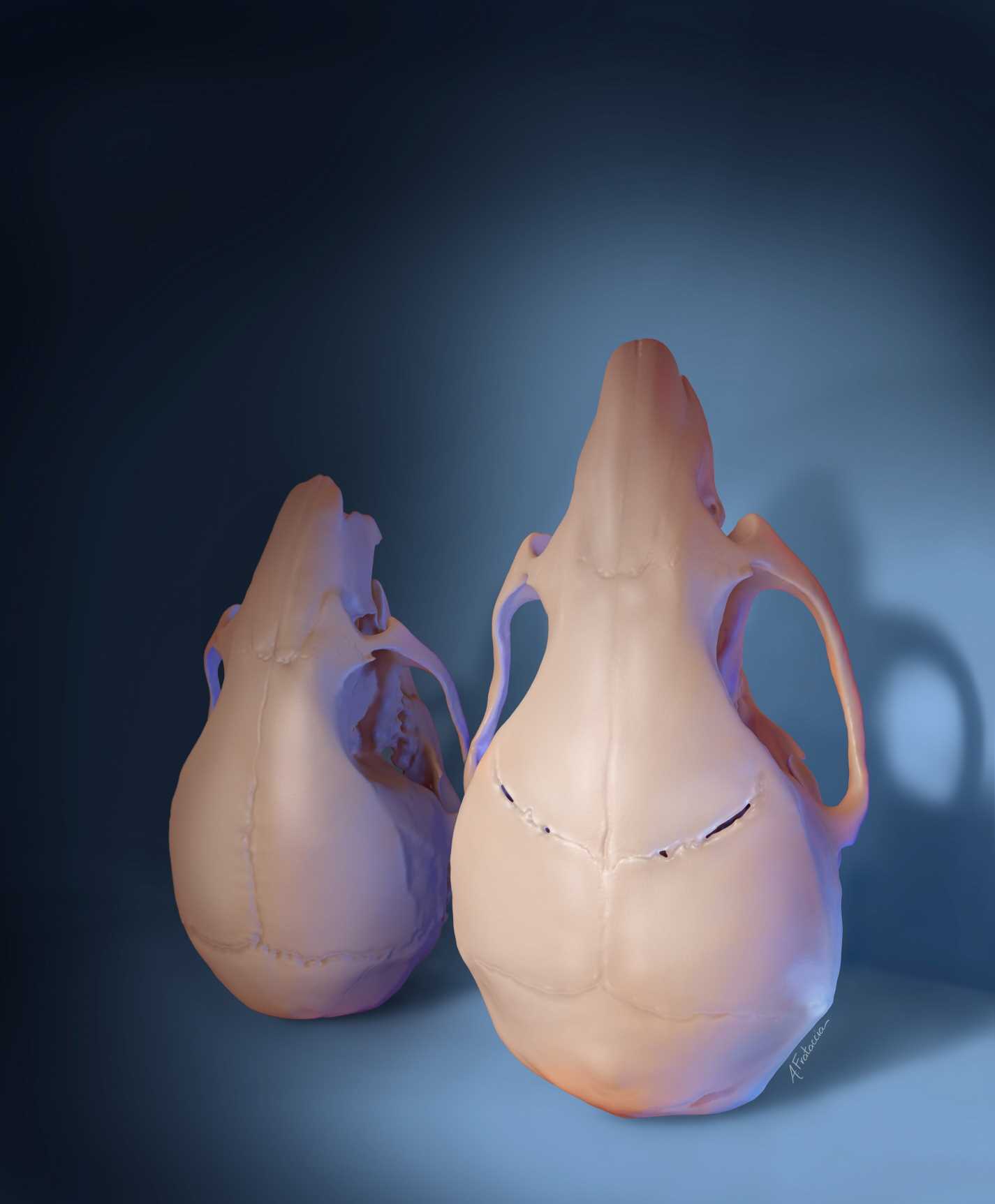 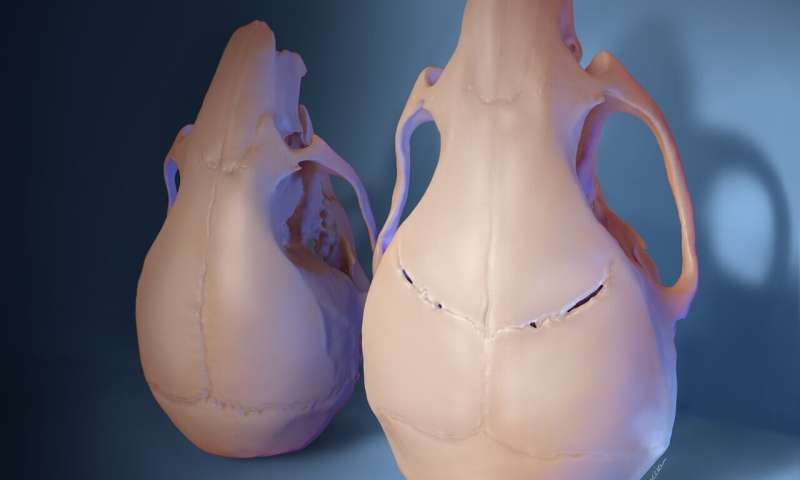 Using stem cells to regenerate parts of the skull, scientists corrected skull shape and reversed learning and memory deficits in young mice with craniosynostosis, a condition estimated to affect 1 in every 2,500 infants born in the United States, according to the Centers for Disease Control and Prevention. The only current therapy is complex surgery within the first year of life, but skull defects often return afterward. The study, supported by the National Institute of Dental and Craniofacial Research (NIDCR), could pave the way for more effective and less invasive therapies for children with craniosynostosis. The findings were published Jan. 7, 2021 in Cell.

“This is a pivotal study demonstrating both structural regeneration and functional restoration in an animal model of craniosynostosis, said Lillian Shum, Ph.D., director of NIDCR’s Division of Extramural Research. “It holds great potential for translation to treatment of the human condition.”

Healthy infants are born with sutures—flexible tissue that fills the space between the skull bones—that allow the skull to expand as the brain grows rapidly in the first few years of life. In craniosynostosis, one or more sutures turn into bone too early, closing the gap between skull plates and leading to abnormal growth. The resulting increase in pressure inside the skull may cause physical changes in the brain that lead to thinking and learning problems.

“The connection between changes in the skull and the development of cognitive deficits had not been fully explored,” said Yang Chai, D.D.S., Ph.D., director of the Center for Craniofacial Molecular Biology and associate dean of research at the Herman Ostrow School of Dentistry at the University of Southern California, Los Angeles, who led the study. “We wanted to know if restoring sutures could improve neurocognitive function in mice with mutations in a gene that causes craniosynostosis in both mice and humans.”

That gene, called TWIST1, is thought to be important for suture formation during development. In humans, mutations in this gene can lead to Saethre-Chotzen syndrome, a genetic condition characterized by craniosynostosis and other skeletal abnormalities.

To see if flexible sutures could be restored in mice with craniosynostosis due to Twist1 mutations, the scientists focused on a group of stem cells normally found in healthy sutures. Previous studies by the group indicated that these stem cells—called Gli1+ cells—are key to keeping skull sutures of young mice intact. The team had also found that Gli1+ cells are depleted from the sutures of mice that develop craniosynostosis due to Twist1 mutations. Chai and his colleagues reasoned that replenishing the cells might help regenerate the flexible sutures in affected animals.

To test this idea, the researchers added Gli1+ cells from healthy mice to a biodegradable gel. They deposited the mixture into grooves meant to re-create the space where skull sutures had been in mice with craniosynostosis.

Skull imaging and tissue analysis revealed that after six months, new fibrous sutures had formed in treated areas and that the new tissue remained intact even after a year. In contrast, the same grooves closed in mice that received a gel that lacked Gli1+ cells.

Closer analysis showed that Gli1+ cells in the regrown sutures had different origins: some were descended from the cells that had been implanted, while others were the animals’ own, having migrated from nearby areas. The findings suggest that Gli1+ cell implantation leads to suture regeneration in part by recruiting native Gli1+ stem cells to help in the process.

Further experiments showed that untreated mice with craniosynostosis had increased pressure inside their skulls and poor performance on tests of social and spatial memory and motor learning. After treatment, these measures all returned to levels typical of healthy mice. The skull shapes of treated mice were also partially corrected.

The treatment also reversed the loss of brain volume and nerve cells in areas involved in learning and memory. According to the scientists, this finding sheds light on the mechanisms underlying impaired brain function and its improvement after suture regeneration.

“We have discovered that Gli1+ stem-cell-based suture regeneration restores not only skull shape but also neurocognitive functions in a mouse model of craniosynostosis,” said Chai.

The scientists note that more work remains before such an intervention can be tested in humans, including studies to determine the optimal timing of surgery and the ideal source and amount of stem cells.