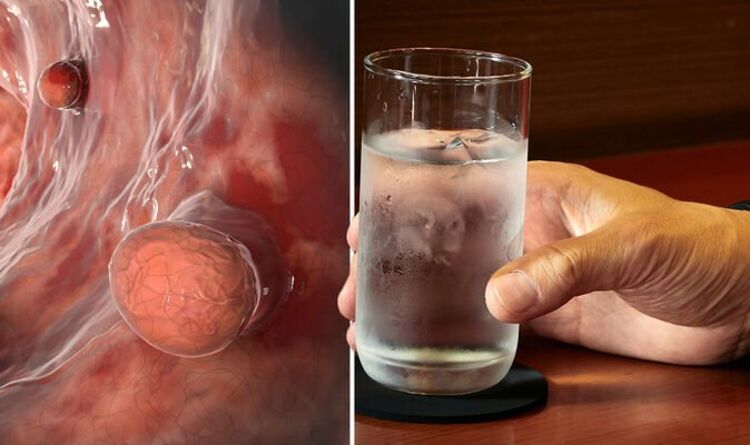 Cancer symptoms: Top 14 early signs to look out for

Cancer accounted for nearly 10 million deaths in 2020, or nearly one in six deaths, according to the World Health Organization. The grim figures give rise to a sense of despondency but the fight is far from lost. Researchers continue to shed light on the risk factors that influence your risk of developing cancer.

Some risk factors cannot be modified – age, for example, but others can.

According to the National Cancer Institute (NCI), there is convincing evidence that drinking alcohol raises your risk of several cancers.

There is a “strong scientific consensus” that alcohol drinking can cause several types of cancer, warns the NCI.

Alcohol is the common term for ethanol or ethyl alcohol, a chemical substance found in alcoholic beverages such as beer, hard cider, malt liquor, wines, and distilled spirits (liquor). Alcohol is produced by the fermentation of sugars and starches by yeast.

It says “clear patterns” have emerged between alcohol consumption and the development of several types of cancer.

DON’T MISS
Dementia: The drink that can cause the brain to ‘shrink’ [ADVICE]
Statins side effects: The ‘feeling’ wake up in the morning [INSIGHT]
Cancer: The vegetable associated with an ‘elavated’ risk [TIPS]

How can alcohol cause cancer?

There are three main ways alcohol can cause cancer.

Cancer Research UK explains: “When we drink alcohol, our bodies turn it into a chemical called acetaldehyde. Acetaldehyde can cause damage to our cells and can also stop the cells from repairing this damage.”

According to the charity, alcohol can also increase the levels of some hormones such as oestrogen and insulin.

“Hormones are chemical messengers and higher levels can make cells divide more often, which raises the chance that cancer cells will develop.”

Finally, alcohol can make cells in the mouth and throat more likely to absorb harmful chemicals.

“This makes it easier for cancer-causing substances (like those found in cigarette smoke) to get into the cell and cause damage,” explains Cancer Research UK.

According to the NHS, men and women are advised not to drink more than 14 units of alcohol a week on a regular basis.

“If you drink as much as 14 units a week, it’s best to spread this evenly over three or more days,” says the health body.

It adds: “If you’re trying to reduce the amount of alcohol you drink, it’s a good idea to have several alcohol-free days each week.”

Other ways to reduce your risk

Making some simple changes to your lifestyle can significantly reduce your risk of developing cancer.

In fact, around one in three cases of the most common cancers (about 33 percent) could be prevented by eating a healthy diet, keeping to a healthy weight and being more active, says Macmillan Cancer Support.