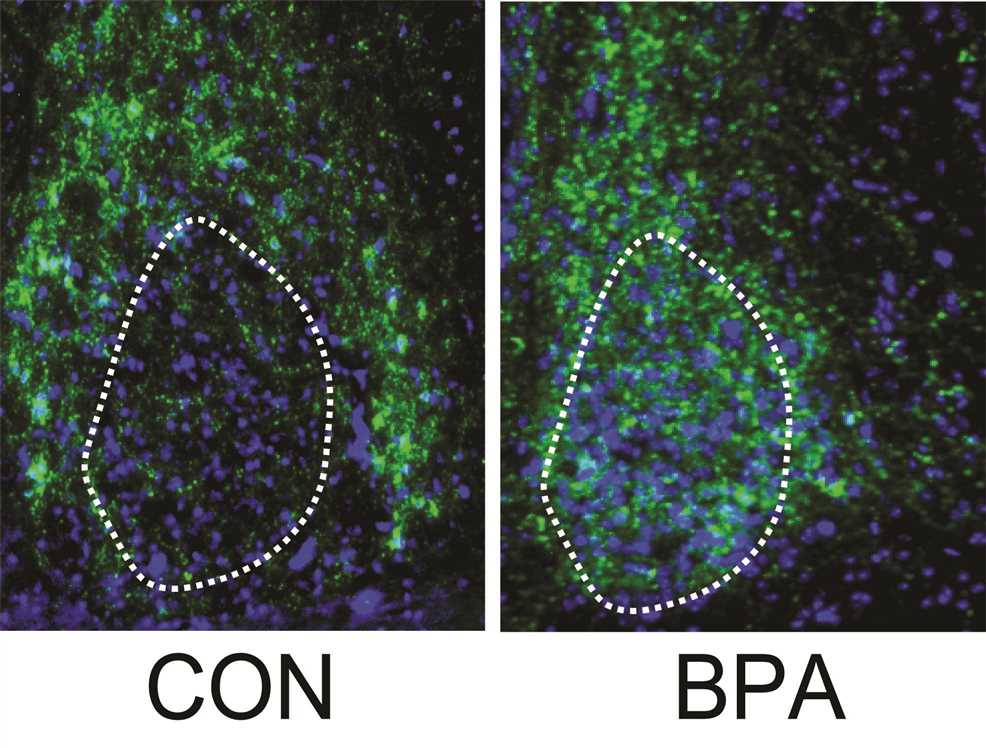 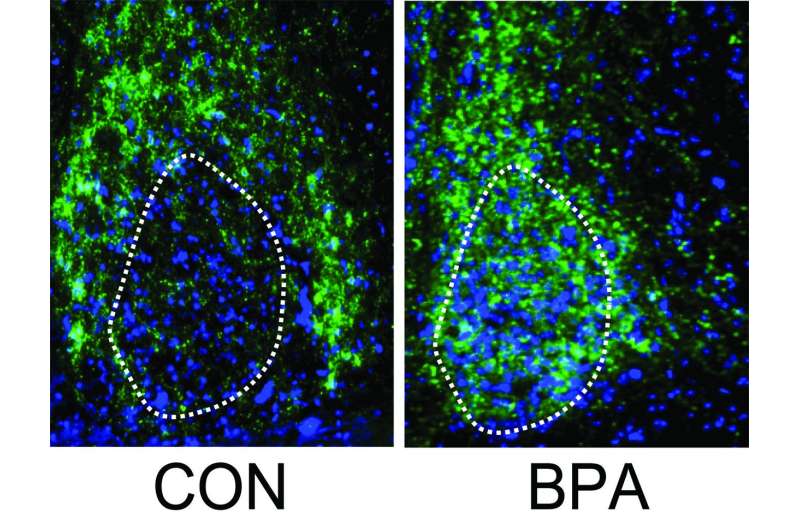 Humans are exposed to a bath of chemicals every day. They are in the beds where we sleep, the cars that we drive and the kitchens we use to feed our families. With thousands of chemicals floating around in our environment, exposure to any number is practically unavoidable. Through the work of researchers like Dr. Deborah Kurrasch, Ph.D., the implications of many of these chemicals are being thoroughly explored.

Kurrasch’s research over the past decade has focused on a chemical that is broadly recognizable: Bisphenol A, also known as BPA. This chemical is commonly found in plastics, canned food linings, and even thermal receipts. Studies from Kurrasch’s lab contribute to the collective research that shows the harms of exposure to this industrial compound.

The latest study out of Kurrasch’s lab, published in Science Advances, suggests that continued vigilance is needed. A postdoctoral researcher in her lab, Dr. Dinu Nesan, Ph.D., examined the impact of low levels of BPA exposure to pregnant mice and the brain development of their offspring.

“Our goal was to model BPA levels equivalent to what pregnant women and developing babies are typically exposed to,” says Kurrasch. “We purposefully did not use a high dose. In fact, our doses were 11-times and nearly 25-times lower than those deemed safe by Health Canada and the FDA (U.S. Food and Drug Administration), respectively. Even at these low levels, we saw effects on prenatal brain development in the mice.”

Using this BPA exposure model, Nesan found striking changes to the brain region responsible for driving circadian rhythms, the suprachiasmatic nucleus, located in the hypothalamus. When prenatally exposed to these low levels of BPA, the suprachiasmatic nucleus failed to develop properly. This change can have implications for sleep, activity levels, and other behaviors.

“Previously we showed embryonic exposure to low-dose BPA can affect the timing of when neurons develop in zebrafish, but it was unclear whether a similar effect would be observed in a mammalian model with more similarities to humans,” says Nesan, first author on the study. When neurons develop, they rely on proper signals to guide them. If neurons develop too early, the cues they experience are different, which can lead to developmental errors such as migrating to the wrong location, becoming the wrong type of neuron, or forming inappropriate connections. These errors can lead to altered behaviors later in life.

“Our study shows that in pregnant mice, prenatal exposure to BPA affects the timing of neuron development in the fetal brain, which has lasting effects on behaviors. Offspring that are exposed to BPA during gestation are awake longer and exhibit hyperactivity. The prenatal BPA exposure seems to change the brain’s circadian cues, causing the animals to have elevated energy levels and spend less time resting,” says Nesan.

The researchers are hopeful their findings will add continued pressure on regulatory bodies to keep revisiting their determinations around safe levels of BPA.

“We think there’s an incredible abundance of data showing BPA exposure guidelines are not yet at the appropriate level, which includes even the EU (European Union) who is leading on this front, but their ‘safe’ levels are still twice the dose we used in our study” says Kurrasch, “We hope our research serves as a reminder that low dose BPA is still capable of causing changes that are measurable and significant.”

Her message of how to interpret this research is simple: