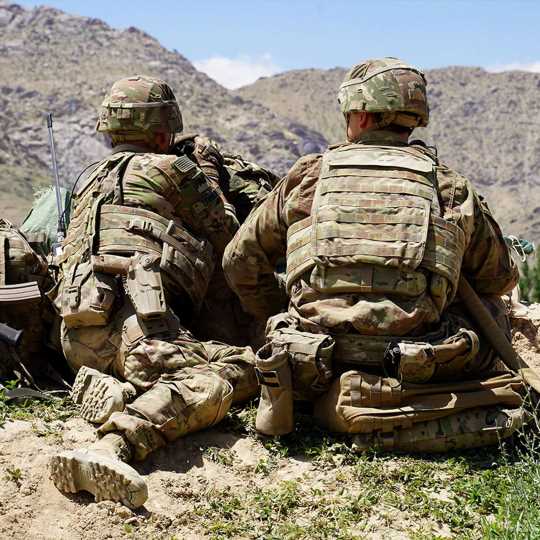 There has been a distinct rise in deaths by suicide within the military over the months following the start of the coronavirus pandemic, a recent report from the Associated Press revealed this week.

Deaths by suicide have risen by 20 percent during the outbreak in comparison to the same time span in 2019, according to the outlet. Army officials said they've seen a 30 percent rise in active duty deaths by suicide (114 deaths from 88), and are looking to make changes to the length of combat deployments. Meanwhile, the Army Guard has seen a rise from 78 suicides to 86.

Army Secretary Ryan McCarthy pointed out that while the spike has taken place during the pandemic, it is difficult to say they occurred because of it, he explained to the AP.

″I can’t say scientifically, but what I can say is — I can read a chart and a graph, and the numbers have gone up in behavioral health-related issues,″ McCarthy said.

″We cannot say definitively it is because of COVID,″ he added. ″But there is a direct correlation from when COVID started, the numbers actually went up."

The military took up safety restrictions like isolation to help slow the spread of coronavirus, which they say could have exacerbated the risk of suicide. ″We know that the measures we took to mitigate and prevent the spread of COVID could amplify some of the factors that could lead to suicide,″ James Helis, director of the Army’s resilience programs, the AP.

These sentiments were echoed by Air Force chief Gen. Charles Brown, who provided some insight into why he believed the numbers have been rising.

″COVID adds stress,″ Brown said, according to the outlet. ″From a suicide perspective, we are on a path to be as bad as last year. And that’s not just an Air Force problem, this is a national problem because COVID adds some additional stressors — a fear of the unknown for certain folks."

The Air Force and reserves have seen 98 suicides as of mid-September — the same amount from 2019, which was the highest they've experienced in active duty Air Force deaths by suicides over 30 years, the outlet noted.

The Marines and Navy did not disclose their death by suicide numbers with the AP.

According to a Department of Defense Suicide Event Report, the Marines had the second-highest rate of active-duty suicides amongst the military branches in 2018. The Army had the highest rate at the time, while the Navy had the third.

Today, Army officials said they are hoping to provide more time to service members to give them a chance to recover between deployments.

″We were very focused on readiness four years ago because we had some readiness challenges, and we did a great job,″ Gen. James McConville, Army chief of staff, told the AP. ″The force is very, very ready now. But I think it’s time now to focus on people."

If you or someone you know is considering suicide, please contact the National Suicide Prevention Lifeline at 1-800-273-TALK (8255), text “STRENGTH” to the Crisis Text Line at 741-741 or go to suicidepreventionlifeline.org.