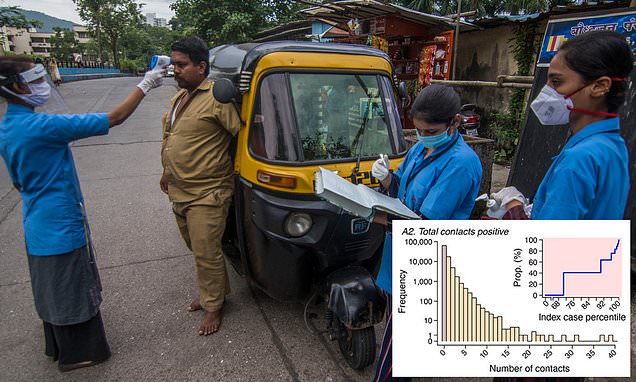 Super-spreaders make up just 8% of COVID-19 patients but cause 60% of infections and children of all ages CAN catch and pass on the disease, largest coronavirus transmission study to-date finds

A small percentage of coronavirus patients are responsible for major outbreaks, the largest study-to-date of transmission suggests.

Researchers found that, in India, less than 10 percent of people infected with COVID-19 are responsible for almost two-thirds of all new infections.

What’s more, children younger than 17 were the least likely to die of the disease, but they can transmit the virus as easily as the rest of the population.

The team, led by the Center for Disease Dynamics, Economics and Policy, in New Delhi, India, says the findings show how so-called super-spreaders are major drivers of case surges and how children are much more capable of passing on the disease than previously believed. 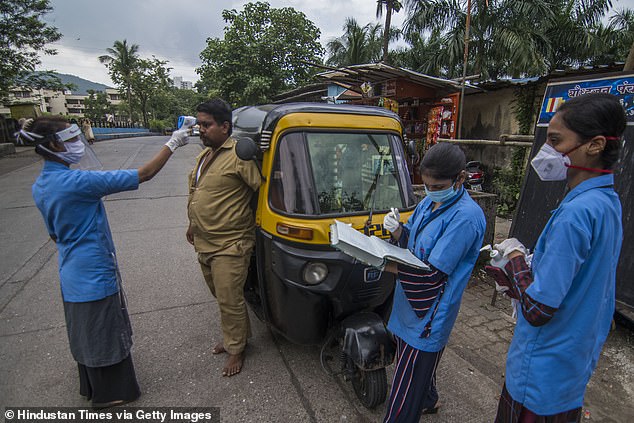 Researchers looked at 575,071 contacts exposed to 84,965 coronavirus patients in two states in India. Pictured: Doctors screen of the temperature and oxygen level of people at Mankhurd, on September 30, 2020 in Mumbai, India 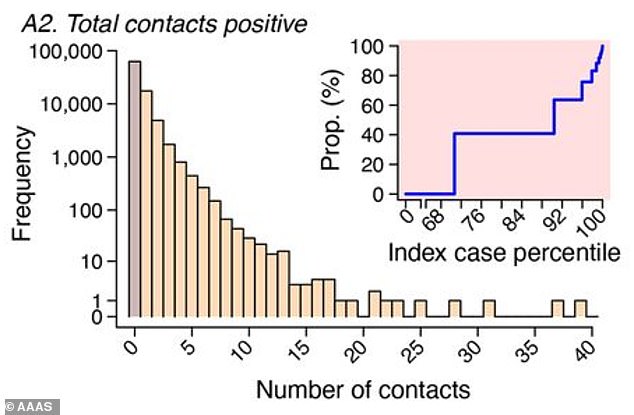 Contact tracing is considered to be one of the most important measures needed to safely reopen the economy.

All COVID-19 positive patients are asked to remember everyone they came into contact with while possibly contagious.

Those people are asked to self-quarantine for two weeks just in case they test positive for the virus.

For the study, published in the journal Science, the team looked data from two Indian states, Tamil Nadu and Andhra Pradesh, which have a combined population of 128 million people.

Data was collected from 575,071 individuals who were exposed to 84,965 confirmed to be infected with the coronavirus.

This means that ill patients came into contact with about seven people on average.

Researchers found  that just eight percent of the people who tested positive for COVID-19 accounted for 60 percent of new infections among contacts.

Additionally, 70% of COVID-19 patients did not infect any of their contacts.

This highlights the danger of ‘super-spreader events’, which occur when a single person, who sheds a great deal of the virus for unknown reasons, infects several people at one time.

According to the Los Angeles Times, the researchers compared differences in the settings in which contacts were infected.

Of the 78 people who sat on a bus or a train within three rows of the infected person for more than six hours, 80 percent were infected.

However, of the people who were in the same room with a coronavirus-positive patient, but more than three feet away, only 1.6 percent were infected.

‘Super-spreading events are the rule rather than the exception. It has lots of implications for modeling COVID, for how to keep places safe.’

Researchers also looked at the prevalence of coronavirus in children and their ability to spread the pathogen.

However, they were as capable of spreading it to contacts as adults were.

Children between ages 5 and 17 passed COVID-19 to 18 percent of close contacts their own age, according to the Times, similar to rates for other age-groups.