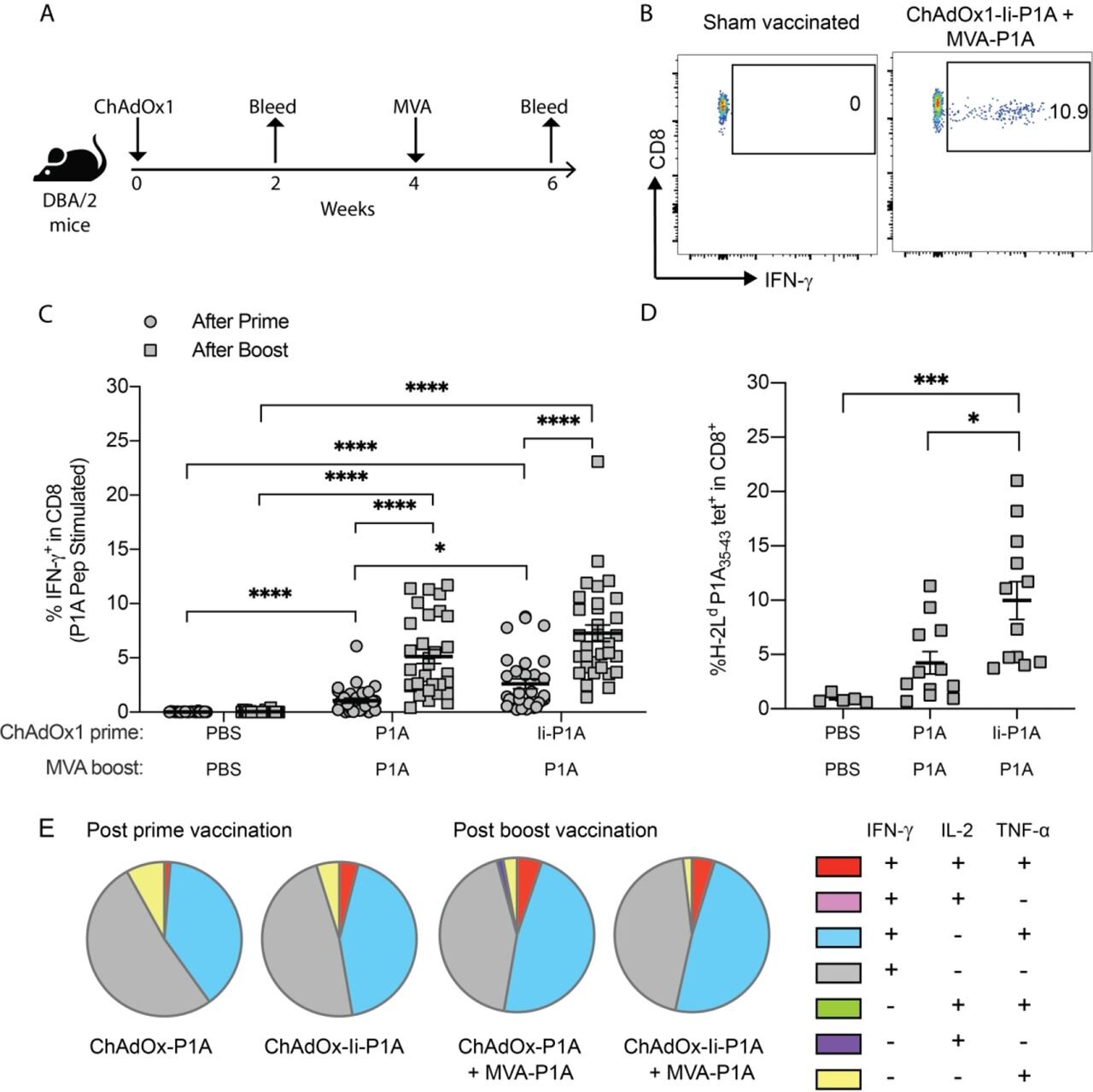 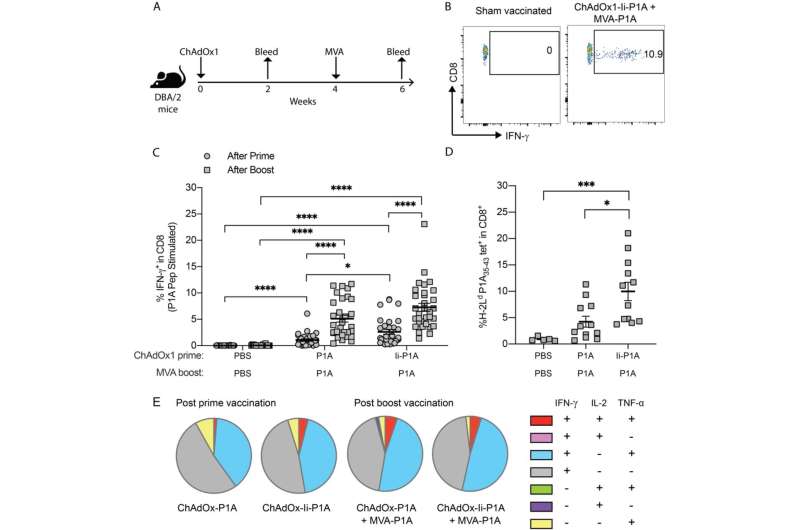 Scientists from the University of Oxford and the Ludwig Institute for Cancer Research are building on the success of the Oxford-AstraZeneca vaccine against SARS-CoV-2 to develop a vaccine to treat cancer. Researchers have designed a two-dose therapeutic cancer vaccine using Oxford’s viral vector vaccine technology. When tested in mouse tumor models, the cancer vaccine increased the levels of anti-tumor T cells infiltrating the tumors and improved the efficacy of cancer immunotherapy. Compared to immunotherapy alone, the combination with the vaccine showed a greater reduction in tumor size and improved the survival of the mice.

The study, which was done by Professor Benoit Van den Eynde’s group at the Ludwig Institute for Cancer Research, University of Oxford in collaboration with co-authors Professor Adrian Hill and Dr. Irina Redchenko at the University’s Jenner Institute, has today been published in the Journal for ImmunoTherapy of Cancer.

Cancer immunotherapy—turning a patient’s own immune system against a tumor—has resulted in remarkable improvements in outcomes for some cancer patients. Anti-PD-1 immunotherapy works by taking the brakes off anti-tumor T cells to allow them to kill cancer cells. However, despite this success, anti-PD-1 therapy is ineffective in the majority of cancer patients.

One reason for the poor efficacy of anti-PD-1 cancer therapy is that some patients have low levels of anti-tumor T cells. Oxford’s vaccine technology, used in the creation of the world-famous Oxford-AstraZeneca COVID-19 vaccine, generates strong CD8+ T cell responses, which are required for good anti-tumor effects.

The team developed a two-dose therapeutic cancer vaccine with different prime and boost viral vectors, one of which is the same as the vector in the Oxford-AstraZeneca COVID-19 vaccine. In order to create a vaccine treatment that specifically targets cancer cells, the vaccine was designed to target two MAGE-type proteins that are present on the surface of many types of cancer cells. Called MAGE-A3 and NY-ESO-1, these two targets were previously validated by the Ludwig Institute.

Preclinical experiments in mouse tumor models demonstrated that the cancer vaccine increased the levels of tumor-infiltrating CD8+ T cells and enhanced the response to anti-PD-1 immunotherapy. The combined vaccine and anti-PD-1 treatment resulted in a greater reduction in tumor size and improved the survival of the mice compared to anti-PD-1 therapy alone.

Benoit Van den Eynde, Professor of Tumor Immunology at the University of Oxford, Member of the Ludwig Institute for Cancer Research and Director of the de Duve Institute, Belgium, says: “We knew from our previous research that MAGE-type proteins act like red flags on the surface of cancer cells to attract immune cells that destroy tumors.

“MAGE proteins have an advantage over other cancer antigens as vaccine targets since they are present on a wide range of tumor types. This broadens the potential benefit of this approach to people with many different types of cancer.

“Importantly for target specificity, MAGE-type antigens are not present on the surface of normal tissues, which reduces the risk of side-effects caused by the immune system attacking healthy cells.”

A Phase 1/2a clinical trial of the cancer vaccine in combination with anti-PD-1 immunotherapy in 80 patients with non-small cell lung cancer will be launched later this year as a collaboration between Vaccitech Oncology Limited (VOLT) and Cancer Research UK’s Centre for Drug Development.

Adrian Hill, Lakshmi Mittal and Family Professorship of Vaccinology and director of the Jenner Institute, University of Oxford, says: “This new vaccine platform has the potential to revolutionize cancer treatment. The forthcoming trial in non-small cell lung cancer follows a Phase 2a trial of a similar cancer vaccine in prostate cancer undertaken by the University of Oxford that is showing promising results.

Tim Elliott, Kidani Professor of Immuno-oncology at the University of Oxford and co-director of Oxford Cancer, says: “In Oxford, we are combining our fundamental scientific expertise in immunology and antigen discovery with translational research on vaccine platforms.