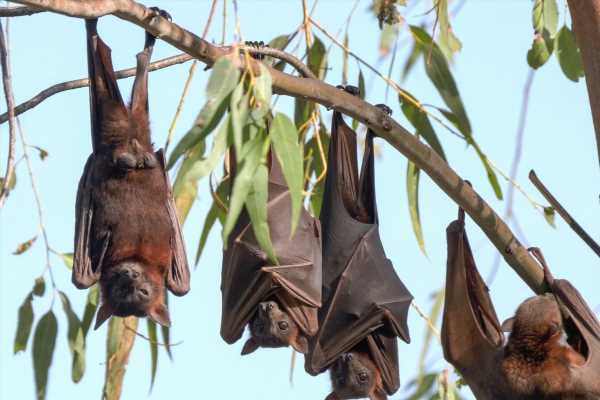 In a recent study posted to the EcoEvoRxiv* preprint server, researchers developed a spatial and quantitative framework to explore the biogeography of and map the evolutionary risk of bat-origin beta coronaviruses (βCoVs) such as severe acute respiratory syndrome CoV (SARS-CoV), SARS-CoV-2 and the Middle East CoV (MERS-CoV) based on the geographic mosaic theory of coevolution (GMTC).

The evolution of pathogens is one of the least predictable aspects of disease emergence. The regions highly prone to bat CoV emergence are the ones where pathogen pools are genetically diverse with a high propensity for virus transmission across species. Identifying zones of high emergence risks could benefit both bat conservation and pandemic prevention.

In the present study, researchers attempted to determine the association between macroevolutionary dynamics and the macroecology and symbiotic interaction biogeography by GMTC-based risk evaluation of bat-origin βCoVs (SARS-CoV, SARS-CoV-2, and MERS-CoV) emergence.

A trivariate system for risk assessment was developed that linked GMTC mechanisms to host-virus interaction aspects such as (i) viral sharing propensity, (ii) phylogenetic diversity of the host, and (iii) uniqueness of the host. The rates of viral sharing among host communities represented the potential of host-virus interactions, i.e., regions of constant viral host-switching could be coldspots for coevolution.

The host community’s uniqueness was based on exposure to heterogeneous host traits that could lead to the creation of viral evolutionary branches of high uniqueness. Locally distinct bat communities represented the virus exposure potential for new traits of the host (e.g., receptor sequence variations). The trivariate risk assessment system was combined with transmission processes such as animal-human contacts and the prevalence of viruses in reservoirs to identify and map the drivers of evolution to determine the emergence risks of bat CoVs from bats.

The framework could explain patterns such as unique merbecoviruses pools in the Neotropical region (especially the Amazon), a recently-detected divergent norovirus variant in Madagascar, and of paramount importance–diversified hotspots in South East Asia, the Middle East, and the sub-Saharan regions of Africa corresponding to the region of previous zoonotic emergence events.

The team mentioned that SARS-CoV-2 originated from a sarbecovirus variant in Indochina, which was not characterized well before the SARS-CoV-2 pandemic, and SARS-CoV originated from cave-residing horseshoe bats of Yunnan. The team reported increased MERS-CoV prevalence in the Middle East and East Africa, although bat-to-camel transmission is uncertain.

The global pattern of βCoV phylogenetic distinctiveness was quite distinct from bat host richness and phylogenetic distinctiveness. Central and South America had the most evolutionary distinct hosts and viruses, followed by secondary hotspots in regions of the Rift Valley and the southeastern parts of Asia. High viral sharing regions such as Eurasia above northing of 30 and Latin America would have lower risks of zoonotic emergence.

Overall, the study findings highlighted the coevolutionary dynamics of bat βCoVs using a spatial framework and showed that bat and βCoV biogeography were largely consistent with distinct hotspots. Local-scale coevolutionary mosaics could form in cophylogenetic regions, and human landscapes filtered the geography of emergence risk. The framework could aid in identifying potential high-risk hotspots such as West Africa and India and could contribute to understanding virus diversification and evolution based on host ecology.

EcoEvoRxiv publishes preliminary scientific reports that are not peer-reviewed and, therefore, should not be regarded as conclusive, guide clinical practice/health-related behavior, or treated as established information.

Dr. based clinical-radiological diagnosis and management of oral lesions and conditions and associated maxillofacial disorders.