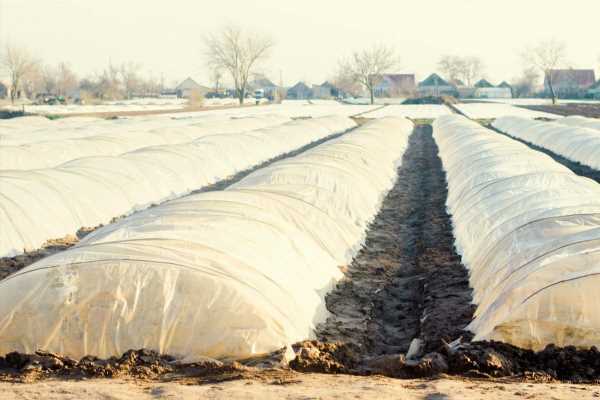 Agriculture is a key occupation for human life, health, and well-being. It refers to the science of cultivation, growing crops, and raising livestock.

A new preprint posted to Preprints with The Lancet* explores the changing dynamics of agriculture in the context of increasing demands for food and major alterations in the type of foods commonly consumed, relating these to the potential for agriculture to become environmentally sensitive while filling nutritional needs.

Over time, farmers have shifted their cropping patterns, as well as the type of foods and quantity they produce. Over two billion people worldwide are not ingesting essential micronutrients, while 800 million or more are malnourished. Correspondingly, non-communicable diseases in many such countries are also on the rise.

Agriculture has the potential to pollute the earth, and also uses up both land and water. The consumer-driven need to produce more food of more varieties has led to heavy exploitation of the environment even by agriculture, as with all other fields of human endeavor, which has led to the naming of the current age as the Anthropocene epoch.

The cultivation of cereals and vegetables and the domestication of animals decreased the dependence on hunter-gatherers for food. This increased the production of food energy per hectare by up to a hundred times and increased human longevity.

However, this entailed the loss of biodiversity, soil erosion by water and wind, and depletion of water resources. While insignificant when done on a small scale, under the current conditions of agricultural industrialization, there has been an exponential rise in the amount of land used for breeding and grazing livestock.

Again, the use of new crop and livestock varieties, the mechanization of agriculture, and the use of large amounts of water, pesticides and fertilizers, have transformed it into a technologically advanced, input-intensive juggernaut that employs over a billion people but degrades the environment on a colossal scale.

This has come with the advantages of greater productivity and food security, while the profits of agriculture today make up a third of the global gross domestic profit.

Cheaper transportation means have led to increasing food trade over the last few years and this has led to increased agricultural productivity.

Conversely, the destruction of the environment by the insatiable appetite for more land has robbed the earth of forestland, and promoted the extensive use of fertilizers and pesticides, polluting water bodies as well as drawing off too much water from them. Soil degradation, the loss of biodiversity, and the increase in carbon emissions have added to this.

The unequal distribution of food worldwide, and the exclusion of many poorer food-producing countries from food treaties that are meant to protect the interests of richer countries, are some of the other disadvantages.

The passing on of the costs of environmental degradation, caused by food production for the sake of richer consumer nations, to poorer producer nations, is another grave concern.

Higher farm incomes have improved multiple health outcomes in many areas. Yet women, who play a major role in farming, and all the more when menfolk are driven off by war or unemployment, are unable to fulfill their potential due to multiple factors. This reduces agricultural productivity.

While more foods are available year-round, both because more is produced and because traders bring them in, a “nutrition transition” has occurred, with large segments of the population shifting from natural plant-based diets that contain high fiber with low salt and sugar, to highly processed animal-based or plant-based foods that are very salty and sugary. Vegetable and fruit farmers remain out of it all, to a large extent, since their produce is perishable.

One obvious impact on human health is the deterioration in food quality, with the accompanying increase in nutritional diseases. Increased technological advancement allows cold chains to preserve food intact and without exposure to spoilage-inducing agents like temperature and infectious pathogens.

Personal and cultural dietary choices are often uneconomic or unavailable as cheaper mass-produced foods become the norm. Latin America’s sugary drink consumption far outweighs that of many countries in Central and East Asia with comparable incomes.

Even today, however, most Asian countries have a largely plant-based profile to their national diets, while not eschewing animal food. India, which has undergone a remarkable series of agricultural revolutions, to achieve food security, still draws most of its calories from plants in opposition to the major share of animal-based foods in Western countries.

Age, sex and socioeconomic status also dictate food availability and consumption within countries. Some pockets hold on to their traditional cuisine, such as France and some Sub-Saharan countries.

By classifying diets by their main components, the researchers found that lower-income countries tend to depend on starchy roots like cassava and yam, fruits, pulses and oil crops, fish and seafood, and vegetable oils, for their nutrition. Such countries also have significant disparities in income and food availability in many categories.

These food systems disturb the environment least, though this may also be due to lower total food availability, and are linked to the lowest burden of nutritional lifestyle diseases and the highest burden of undernutrition.

Vegetable-based food systems, which also use eggs and seafood, have a relatively large environmental footprint. Countries with higher incomes make use of animal-source products and tea or coffee, though the consumption of these items is being reduced over time. The production of these foods has the highest environmental cost, in terms of carbon emission, and the use of land and water, while seafood and oil crop production also draw on freshwater. Thirdly, the incidence of chronic disease due to nutritional causes is the highest, and the incidence of undernutrition is the lowest, in these countries.

Overall, the impact of agriculture on the environment is increasing over the years. Many parts of the world continue to offer evidence that healthy, sustainable food systems thrive, avoiding the pitfalls described above.

How does environmental change affect agriculture?

Without adaptation, per capita food availability may decline by 3%. Drought and higher temperatures could reduce cereal production by up to 20%, and vegetable and legume yield by 8%. With only half the current water supply available, fruit and vegetable harvests may decline by up to a third.

Already, southern Africa has experienced the worst droughts for over a hundred years, with over 40 million people becoming food-insecure. Earlier famines triggered by drought, as in 1876-78, killed over 50 million people, or 3% of the global population. Unfortunately, such droughts are likely to be still more deadly with the current environmental destruction.

Adaptation to climate change by developing heat- and drought-tolerant crops and new methods of animal husbandry is a major area of research at present. However, most efforts are concentrated on staples and cereals. Other limitations include large populations experiencing scarcity, and expensive but useless food chains.

Moreover, the exploitation of the earth for agriculture, using even unsuitable land for intensive farming, with all the above, makes for a toxic mix that may plunge agricultural production to new lows.

The Notre Dame Global Adaptation Initiative (NDGAIN) Country Index classifies sub-Saharan Africa, South and South-east Asia as among the most threatened by climate change. However, these are the very countries that export fruit, vegetables and grains to the rest of the world, limiting their resilience in case of scarcity. They are also the countries that are selling their land, water and biodiversity via the food trade to well-off countries, so they will be the hardest-hit by environmental change.

The result may be global decreases in both obesity and adequate nutrition, leading to a fall in nutrition-related chronic disease but an increase in undernutrition.

A major part of humanity’s “success story” is built on unsustainable use of natural resources that if left unaddressed will have far reaching consequences.”

The remedial steps include:

2) Avoid unnecessary exports and reimports that enlarge the agricultural footprint on the environment.

According to the scientists,

Cross-government initiatives such as the National Food Strategy in the UK aim to prioritize healthy, safe and affordable food as well as creating systems that can be resilient against future shocks. At a time when agriculture faces enormous pressures in the wake of a global pandemic, there has never been a better opportunity to build new linkages and redesign agriculture and food systems.”

Preprints with The Lancet publishes preliminary scientific reports that are not peer-reviewed and, therefore, should not be regarded as conclusive, guide clinical practice/health-related behavior, or treated as established information.