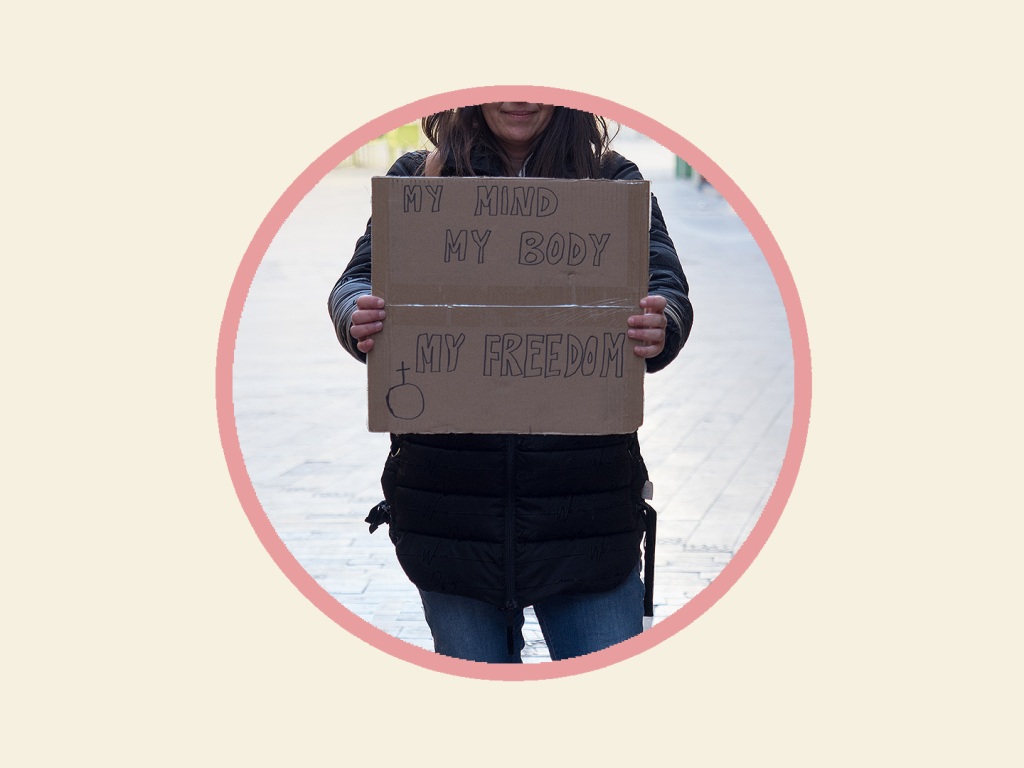 As the American people process the Supreme Court’s decision to overturn Roe vs. Wade, I’m sharing my personal story, which painfully highlights the ignorance, inconsistency, and unintended consequences of anti-abortion laws.

It’s 2009. I’m in a Catholic hospital, in preterm labor with my first child at 21 weeks. They tell me the baby is coming, and labor cannot be stopped. My baby will be born preterm and will die this day.

The contractions have started but are very slow moving. The nurse quietly explains that the hospital cannot offer drugs that will speed the contractions to move the process along. She is referring to Pitocin, a drug regularly used to help women deliver healthy babies. I later understand that Catholic medical policy considers a drug that starts contractions to be an abortion. In my case, it was going to help me avoid 14 hours of agonizing labor during the most emotional state of my life.

I am denied that choice because of Catholic beliefs. Instead, the hospital offers me an epidural, an invasive and terrifying procedure, to relieve the pain of the contractions now growing in intensity. I first resist the epidural because I am scared. But hours in, exhausted from grief, I surrender to the pain and let them jab a needle into my spinal cord to numb my lower body so that the baby can arrive naturally as God intended… you know, with an epidural.

“They tell me the baby is coming, and labor cannot be stopped. My baby will be born preterm and will die this day.”

I labor needlessly another 10 hours, unassisted from the medical staff. When my doctor arrives the next morning, I can tell she is angry that religious hospital policy is forcing her patient to endure extended labor (at increased risk of infection and complications) instead of assisted through the process they all know is happening.

My doctor tells me to push immediately after examining me, and I do. My son enters the world, breathing. And then, the punchline: This same medical staff says they will not perform a single life-saving measure on him, because a 21-week fetus is “incompatible with life.” We take turns holding him in our arms until he takes his last breath.

You see, they knew the whole time that my son could not survive. While he was in my womb in labor, he was a precious life so worth protecting that I was denied basic choice in my medical care. Yet the moment he was born, he was “incompatible with life” and not worth one penny of effort.

It doesn’t take a rocket scientist to see it. Even the religious policy relied on basic science in the end: The child I delivered could never have been saved. I was denied better care because of emotion without logic.

When people talk about “reproductive freedom,” this is one of the things they mean. I should’ve had the freedom to choose how I delivered my baby. That decision should’ve been up to me and my doctor based on my exact situation, not dictated by a board of celibate men claiming to interpret the word of God for me.

My story is truly one of the mild ones. I know women forced to carry their dead babies to term because it offended the sensibilities of the religious to let a doctor deliver a dead child with no heartbeat before 40 weeks. But this is my story and it’s deeply revealing to me. This experience helped shape my views on abortion rights and the conversation that takes place around it because it exposed a conflict that hits at the very heart of “pro-life” medical policy: an open admission that science trumps emotion, and viability provides a logical framework from which to make decisions.

“I was denied better care because of emotion without logic.”

Beyond my own experience, both history and modern times are replete with reasons why I am pro-choice. The multi-pronged assault on liberalism paints a scary picture. The radical right is on a quest to criminalize abortion, restrict access to birth control, raise women to be subservient to men, and convince them that their place in this world is raising kids at home. I’ll never support sending women back to a time and place where they’re forced to submit to men and birth children against their will.

My reasons for that are again personal. After losing my first son, I had three more pregnancies. All three required medical intervention to sew my cervix closed to avoid early labor. Yes, it’s as terrible as it sounds and we narrowly avoided catastrophe in my last delivery when the hospital failed to remove the stitches in time. In the end, I delivered four babies and I don’t want to deliver anymore. Pregnancy was hard on my body, it was scary, and I decided I am done. My husband would love the chance for a daughter but he understands and supports my choice. I think about this all the time. How lucky I am to have a partner who supports me, and how very delicate the balance is. How easy it would be to slip back into a time when a woman had no power to say she wants no more children. A time when she is forced by law to have sex with her husband anytime he demands it, with no options to prevent an unwanted pregnancy, unable to claim ownership over her own body.

From there I think about all the women with even fewer choices as victims of rape, incest, or sex trafficking. Republicans are literally running on campaigns to fight sex crimes, playing the superhero devoted to protecting the children. But they’ll turn a cold cheek every time to the realities of the 11-year old impregnated by her dad. They’ll tell her every pregnancy is God’s miracle and force her to endure even more unwanted trauma to her body. It isn’t pro-life to force children to birth children. It isn’t pro-life to use trafficked women and girls as a marketing gimmick for votes but then whitewash the real-life consequences by saying the rape and pregnancy was God’s miracle.

It isn’t pro-life, it is misogyny.

American women have known since 2016 exactly what the stakes were. Still, we sat stunned as America voted to put Donald Trump, an open misogynist, in the White House. We collectively recoiled at the implications and then sat helpless as he hand-selected a slate of Supreme Court justices to deliver the ultimate coveted prize to Republicans and the religious right – a repayment of sorts, for the unwavering support that helped propel him right past the Access Hollywood tape and straight to the Oval Office. That the case to overturn Roe arrived on the Supreme Court docket so quickly after the arrival of Amy Coney Barrett is no accident – it’s the execution of a long-planned assault on women’s rights.

Now we will watch as red states, emboldened by the Roe decision, move to enact some of the harshest anti-abortion legislation we’ve ever seen, crossing lines to obliterate what was once considered common ground: criminalizing abortion for women, outlawing abortion from the moment of conception, and eliminating exceptions for rape, incest, and life of the mother. Some states have even introduced legislation declaring termination of ectopic pregnancies to be murder covered under their sprawling abortion bans.

They’ve intensified not just their efforts but their rhetoric. Their messaging has become nasty and violent. Their talking points are full of emotional manipulation and short on facts. They dismiss stories of real women like me in favor of sensationalized hypotheticals about doctors killing healthy babies just seconds before they are born. But that isn’t even a thing.

Why? Because the bottom line is that Roe vs. Wade already provided a reasonable standard for abortion that the majority of Americans support. It defined the point of viability of a pregnancy and allowed states to restrict abortion past that point. That means it already allowed states to prohibit the outrageous post-viability hypotheticals that Republicans float, and even allowed them to construct barriers to abortion access prior to the point of viability, like required invasive ultrasounds, waiting periods, and counseling.

Viability is not an arbitrary line in the sand – my story makes it clear that viability is the point that even the strictest Catholic medial policy acknowledges carries great meaning: any fetus delivered prior to viability is literally deemed “incompatible with life.” I guess that part doesn’t fit on their bumper stickers.

The decision is done, and the aftermath will be ugly. The overturning of the Roe standard will usher in a modern season of state-sponsored witch trials. Women who miscarry will be harassed, accused, tried, and convicted. And the share of this atrocity will fall disproportionately on poor and minority women. It will be an abomination, wrapped in misogyny, inside a nightmare.

Your power lies in the vote. Republicans are displaying unparalleled levels of political grandstanding and intellectual dishonesty. While they are busy performing for the voter base to see who can claim the title of biggest anti-abortion champion, we need to get busy electing common-sense candidates. At the state level, we need fierce fighters dedicated to protecting women from the most egregious of the regressive measures to come. At the federal level, we need members of Congress who can work to enact legislative solutions or even a constitutional amendment to enshrine women’s reproductive rights. The fight isn’t over, but the stakes have never been higher.

Before you go, check out these brave celebrity women who have opened up about their abortion stories: