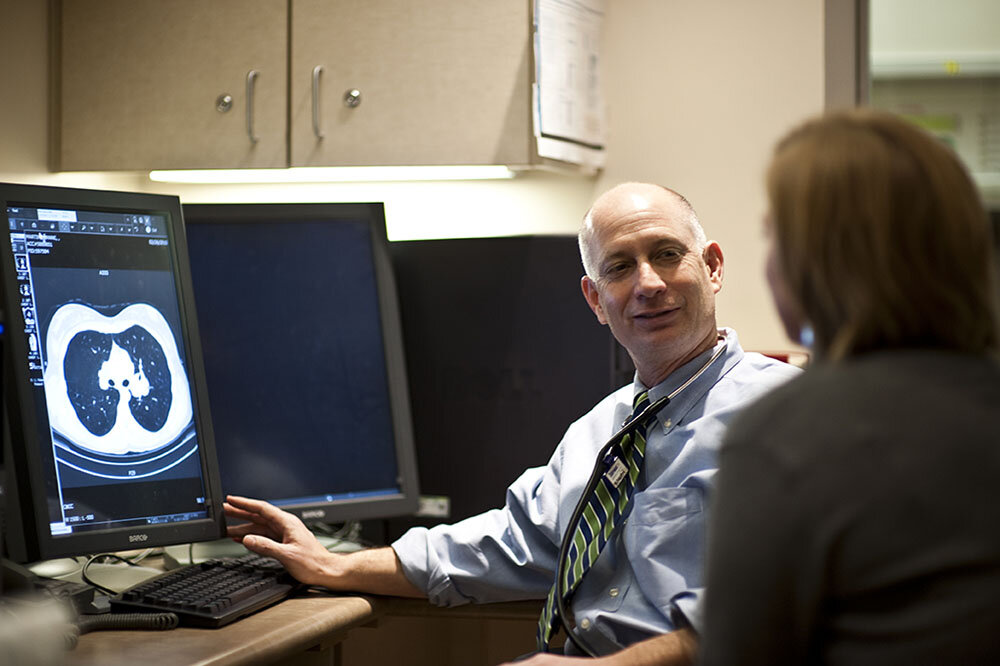 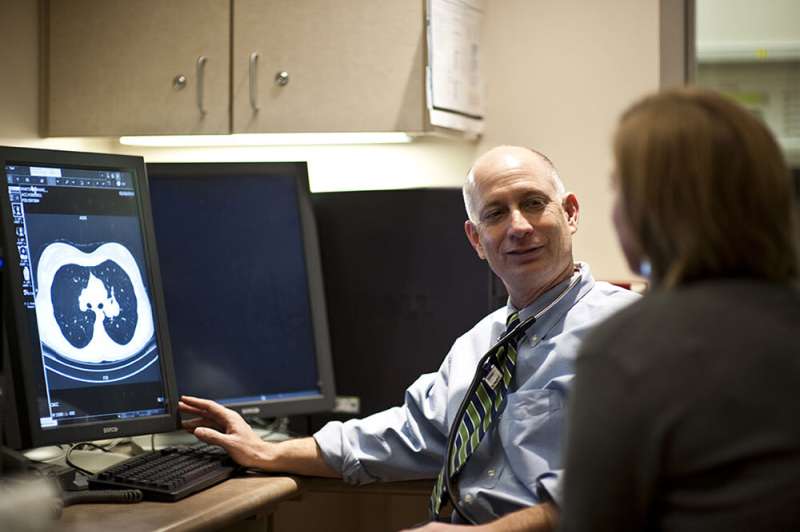 MUSC Hollings Cancer Center lung cancer researcher Gerard Silvestri, M.D., found that a lack of insurance leads to worse cancer survival than for those with Medicare, in a paper published in the May issue of Health Affairs. This work, a joint effort between Silvestri and researchers at the American Cancer Society, highlights the current dire barrier in medical care: Many people cannot take advantage of the newer potentially lifesaving treatments due to the high costs.

Silvestri said the research began last year, inspired by the hotly debated topic of expanding Medicare insurance coverage to those under 65. Using the National Cancer Database, which contained data collected between 2004 through 2016 from over 1.2 million cancer patients, Silvestri began investigating lung cancer outcomes based on insurance status and age.

The findings in lung cancer were so surprising that the American Cancer Society recommended looking at 1-year, 2-year, and 5-year survival rates across the 16 most common cancers, including lung, breast, colon and prostate cancer. Due to the large study population, comorbidities and other disease factors were able to be matched across these four groups: uninsured patients 60 to 64 years old, private insurance patients 60 to 64 years old, Medicare patients 66 to 69 years old and Medicare plus private insurance 66 to 69 years old.

Generally, when comparing cancer survival among patients with similar stages and types of cancer, younger patients have better outcomes than their older counterparts, Silvestri said. However, this study found that across all 16 cancer types those younger than Medicare age (60 to 64 years old) without health insurance had significantly worse survival than their older counterparts.

“Further, there was a dose response gradient across the different insurance groups. Uninsured younger patients had the lowest survival, followed by older Medicare patients without supplemental private insurance, then older Medicare patients with supplemental private insurance, with younger privately insured patients having the best survival. The survival difference was quite surprising,” he said.

“Even in cancers with poor five-year survival amongst all insurance groups, the differences observed between uninsured individuals 60 to 64 years old versus individuals ages 66 to 69 years old could be seen at one and two years with Medicare patients having significantly better survival at those yearly landmarks compared to younger uninsured patients,” explained Silvestri, an MUSC Health lung cancer pulmonologist at Hollings.

Silvestri said this research is important to him given his personal experiences. As one of seven children in his family, Silvestri vividly remembers his family dealing with his father’s cancer as he battled through treatments for more than five years. After his father’s death, the financial burden did not stop as his mother kept paying the medical bills monthly for many years thereafter, despite his family having medical insurance.

Due to the financial hurdle, uninsured patients often present with advanced, non-curable disease because they may delay medical care or be unable to afford screenings. Additionally, some cancer drugs cost tens of thousands of dollars annually, which may be more than double a household’s annual income, he said.

“The results of this study lead me to ask this simple question: ‘Is it OK for a patient to die from cancer simply because he or she does not have health insurance?’ If the answer is ‘no’ to that question, then a true policy discussion needs to happen at a high level,” Silvestri said.

As a pulmonologist, Silvestri is particularly interested in the insurance and survival disparities in lung cancer. Lung cancer is unique because it occurs primarily in smokers. According to the Centers for Disease Control and Prevention (CDC), approximately 30% of uninsured adults smoke, and smoking is more prevalent among people with a low annual household income. Since many smokers fall into a segment of the population that lacks insurance, this can affect their ability to pursue care, as many uninsured individuals will not seek regular lung cancer screening, he said.

“Fortunately, the cancer center is really well-positioned to help smokers with programmatic support,” said Silvestri. Hollings, which is the state’s only National Cancer Institute-designated cancer center, has a robust smoking cessation program, a lung cancer screening program, as well as rigorous disparities research, which has led to the implementation of novel programs across the state, he said.

While the current study focused on insurance disparities and survival outcomes in cancer, it is highly probable that these findings could be replicated in studies of other chronic diseases, such as diabetes and heart disease. Silvestri hopes this research will be a catalyst for conversations about the financial toxicity of cancer treatment, at the state and national level.