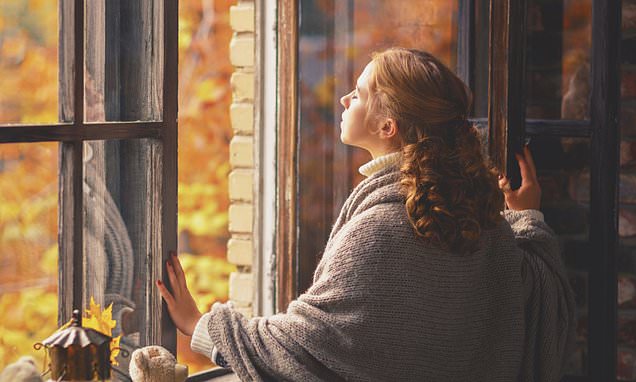 Why sleeping with the window open can be good for you: Keeping homes well ventilated at night could cut risk of catching coronavirus (though it might be cold comfort if you are older or asthmatic)

Until recently, whether you sleep with the window open or closed has been a question of preference, but now the choice could have a significant impact on your health.

Experts are urging us to ventilate homes and workplaces — which could include keeping windows open when sleeping — particularly if you share your living space with others or receive care at home, to cut the risk of catching Covid-19.

According to a recent report by the Environmental Modelling Group for the Government’s scientific advisory group for emergencies (SAGE), poor air flow increases the risk of catching Covid-19 from airborne particles (‘aerosols’) that can carry the virus more than two metres. 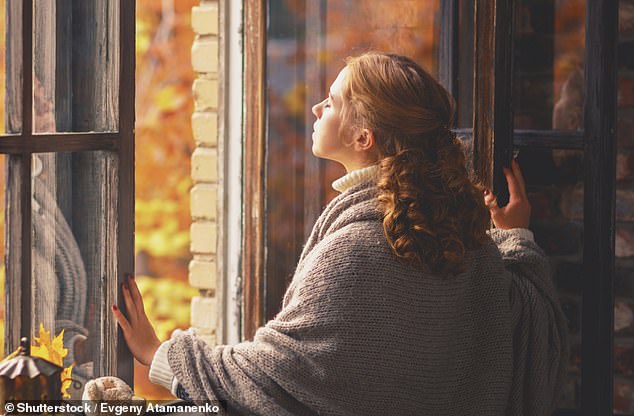 Experts are urging us to ventilate homes and workplaces — which could include keeping windows open when sleeping — particularly if you share your living space with others or receive care at home, to cut the risk of catching Covid-19

The report, published in September, says that exposure to aerosols ‘halves when the ventilation rate is doubled’.

The idea is that keeping the windows open allows the air holding the virus to be regularly replaced by fresh air.

Professor Linda Bauld, an expert in public health at the University of Edinburgh, says changing air in a room by keeping the window open day and night can make such a ‘significant’ difference to the risk of catching Covid, that it should be given as much emphasis as washing hands and staying a safe distance from other people.

She told Good Health: ‘The public health message about good ventilation will become more and more important as the evidence grows that Covid can be spread through airborne transmission over wider areas.’

There may be other benefits to keeping the windows open at night. Dr Shaun Fitzgerald, director of the centre for climate repair at the University of Cambridge, says opening bedroom windows not only reduces the amount of circulating viruses, but can contribute to better sleep and improve daytime alertness by reducing levels of carbon dioxide, the gas we exhale when we breathe out.

‘If you can keep carbon dioxide levels down to less than 2,000 parts per million, studies have shown that children’s learning ability and attention span is improved,’ he says.

In fact, there is growing evidence that higher levels of carbon dioxide may also contribute to poorer cognition suffered by older people who are often housebound.

A study published in 2015 by researchers at Harvard University found volunteers exposed to higher levels of carbon dioxide struggled with how to respond to and use information.

In winter, the best way to ventilate a room is by opening the window at the top rather than the bottom, adds Dr Fitzgerald.

‘This is because cold air is denser and heavier than warm air, so the cold air will come in and sink slowly to floor level’ — and so prevent the occupant experiencing a blast of freezing cold air while still refreshing the room.

Dr Louise Selby, a GP in Guildford, Surrey, keeps her bedroom window open throughout the night all-year-round and advises her patients to do the same.

She says if you don’t want to keep them open all the time, opening windows for five minutes every hour can make a big difference to the air quality.

‘That’s because in homes without sufficient airflow, you can get a build-up of emissions from fires and allergens from pets and dust mites,’ she says.

Keeping a bedroom cool is also better for restful sleep as it helps our bodies cool down, which is what we need to feel sleepy and to stay that way until morning.

However, an open window is not beneficial to all, adds Dr Fitzgerald. ‘You need to ventilate the space but you mustn’t freeze it or you will have a whole new set of health problems to worry about.’ 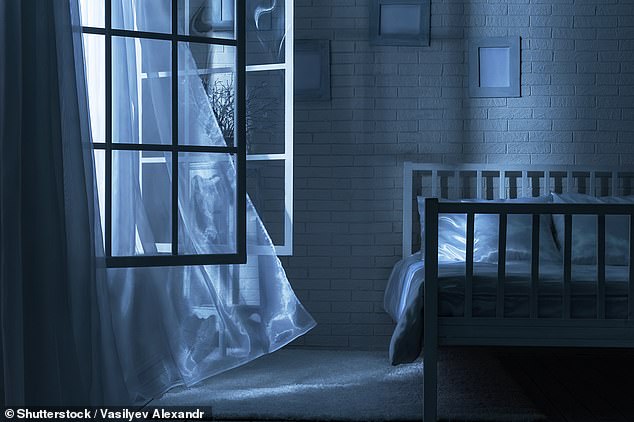 According to Government guidelines, people over the age of 65, or with pre-existing medical conditions, should sleep in a room temperature of at least 18c (65f).

They say this is because below 18c negative health effects may occur, such as increases in blood pressure and the risk of blood clots, which can lead to strokes and heart attacks (research suggests this is because it causes blood vessels near the skin to constrict, to conserve heat).

Similarly, cold air can mean people with illnesses such as chronic obstructive pulmonary disease (COPD), an umbrella term for conditions affecting the airway, can find it difficult to breathe — studies show they have better respiratory health if they had increased indoor temperatures and do not sleep in cool rooms.

For those with asthma, it’s a good idea to keep the bedroom to at least 18c and to wear warm clothes, says Emma Rubach, head of health advice at Asthma UK and the British Lung Foundation.

‘Cold air itself does not cause illness but can irritate the cells that line the upper airway, making people with asthma more susceptible to chest infections,’ says John Oxford, a professor of virology at Queen Mary, University of London. But for most of us, a breath of fresh air could be just what the doctor ordered.