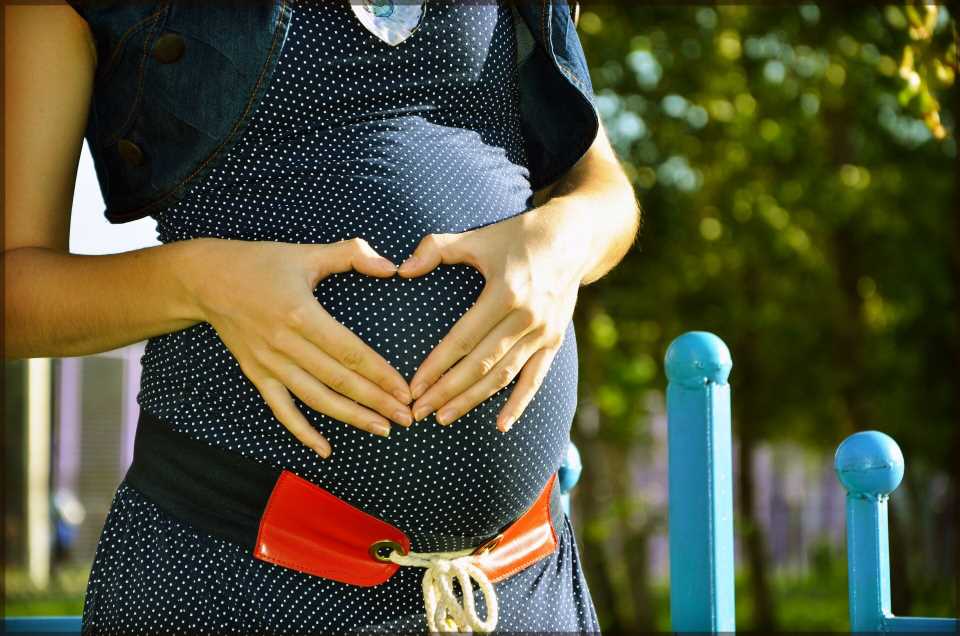 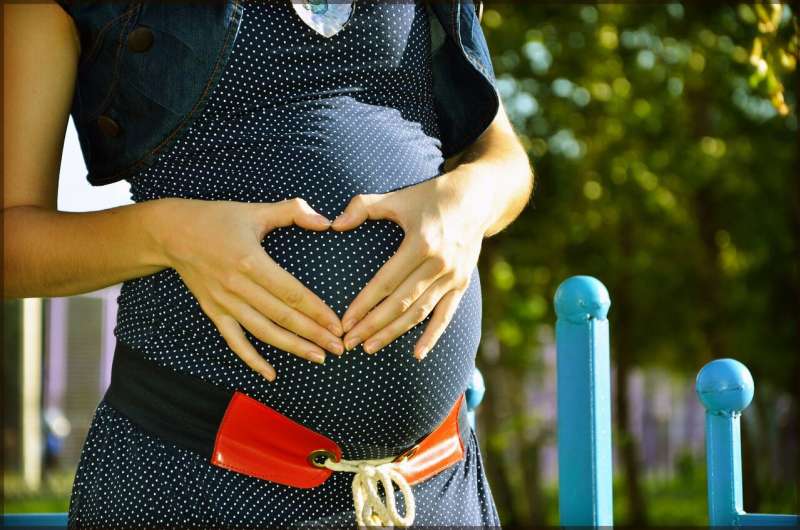 Kyndal Nipper started the morning with a sense of relief.

To the eight-months pregnant, 29-year-old from Columbus, it seemed that her bout with COVID-19 had ended and she had made it through the illness with only mild symptoms: a low-grade fever, fatigue and a loss of taste and smell. She felt better than she had in days as she resumed her normal routine.

But, as morning gave way to afternoon, she noticed that her baby wasn’t moving as much he usually did. Maybe not at all. She ate a snack and drank a caffeinated beverage to stimulate movement. Still nothing.

Out of an abundance of caution, she headed to Piedmont Columbus Regional Hospital, where her husband, Thomas, and Dr. Timothy Villegas later joined her. A series of tests revealed the unthinkable: The baby had died.

The Nippers were devastated and filled with questions.

“I couldn’t believe it was happening,” Kyndal Nipper said. “It’s been so painful, and I still have moments like, is this some sort of dream or is this real life?”

That July day marked the first time during the pandemic that one of Villegas’ patients had experienced a stillbirth attributed to the virus. But, before the month was out, the OB-GYN specialist learned of two other similar late-term cases from doctors in Columbus. And, he said, he’s talked to colleagues around the country who have seen an uptick in such cases.

When an analysis is done of COVID-19 and 2021 pregnancies, “I would be surprised if it doesn’t find a statistically significant increase in stillbirths,” said Villegas.

This much is certain already: With the surge in cases brought on by the delta variant, more pregnant women are contracting the virus, and that’s because they are largely unvaccinated.

On Wednesday, the Centers for Disease Control and Prevention issued an urgent health advisory to encourage more pregnant women to get inoculated against COVID-19, for themselves and their babies. The agency’s recommendation echoes advice from the American College of Obstetricians and Gynecologists. But, so far, it’s been a tough sell. Only 31% of pregnant women are fully vaccinated compared with 64% of the age-eligible general population, according to the Centers for Disease Control and Prevention.

Because pregnant women were excluded from initial clinical trials, a lack of data about the vaccines’ effects on pregnancy fueled hesitancy early on. And even though a CDC study of more than 35,000 pregnant women later found no evidence that vaccinations caused increased risks of miscarriage or other complications, most are still balking at getting the shots.

OB-GYNs are also working to combat false information on social media, such as myths that the vaccines lead to women becoming infertile or sterile.

Nipper didn’t get vaccinated because she worried about potential harm to her baby. Her plan was to wait until after giving birth. She and her family, she said, took other precautions to avoid the virus.

Nipper said she had one brief encounter with someone who had the virus but was asymptomatic.

Soon afterward, she was diagnosed with COVID-19, but she didn’t panic because she didn’t feel that sick. “What I didn’t realize was COVID was attacking me from the inside,” she said.

The virus caused Nipper’s placenta to become inflamed, ultimately cutting off blood, oxygen and nutrients to Jack, her unborn baby, according to Villegas.

As of September 13, there had been at least 266 pregnancy losses in COVID-19 patients around the country, according to the CDC.

Dr. Stephanie Grogan—OB-GYN chief at Northside Hospital Atlanta, where more babies were delivered last year than in any other facility in the country—said she believes that there’s a “very real possibility” national data will show an increase in stillbirths due to COVID-19 by the time the year is over.

Like in Nipper’s case, there’s growing evidence the virus can damage the placenta, which nourishes the fetus.

In Georgia, the Department of Public Health has released no data on the number of stillbirths recorded for women who tested positive for the coronavirus. A spokeswoman said the department is still analyzing and reviewing the information.

Meanwhile, Mississippi health officials recently said that, since the start of the pandemic, the state has seen 72 stillbirths among unvaccinated pregnant women with COVID-19. That’s twice the rate of what would normally be expected, Mississippi State Health Officer Thomas Dobbs said at a news conference.

And recently, the Louisiana Department of Health reported an “alarming increase” in severe COVID-19 illnesses and deaths among pregnant women since mid-July, citing the cases of 14 mothers-to-be who were unvaccinated. Six of the women and 10 of the babies died.

Doctors at Phoebe Putney Health System in Albany said they are treating a startling number of pregnant women who are extremely sick with COVID-19. That’s meant they’ve had to perform more emergency C-sections and, in some cases, deliver babies prematurely.

“If the baby is 39 weeks, it is not such a hard decision—the baby can be ready to be born,” said Dr. William Sewell, medical director of Phoebe Putney’s Women’s & Children’s Health. “But, when you get into a situation where the baby is at 26 or 28 weeks, that is three months premature. And those decisions can be very difficult.”

For a small number of women, “things can turn tragic,” he said. “What should be the happiest time of your life turns out to be the worst or one of the worst.”

It’s not just the unborn babies who are at risk. So are the mothers.

More than 125,000 pregnant women in the U.S. have tested positive for the coronavirus at some point during the pandemic, according to the CDC. Sewell emphasized that most pregnant women with COVID-19 have mild symptoms or none at all.

About 22,000 pregnant women with COVID-19 have been hospitalized, but the CDC data doesn’t say how many of the admissions were for pregnancy-related issues and how many were for virus complications. The federal agency also does not break down the findings state by state.

Even in the best of circumstances, pregnancy can strain a woman’s body, said Sewell. But, when you add in COVID-19, the mother—and child in the womb—can struggle to get enough oxygen, which can put both lives in peril, he said.

Across the country, 161 pregnant women with COVID-19 have died. The CDC said 22 of these deaths occurred in the month of August.

In Georgia, four pregnant women with COVID-19 have died during the pandemic, according to the state Department of Public Health. An additional three women gave birth while hospitalized for COVID-19 and later died. Three more possible deaths involving pregnant women are under review.

Pregnancy may make women more vulnerable to infection and severe illness for several reasons. The immune system is suppressed during pregnancy, a response designed to prevent adverse reactions to the fetus, but one that increases the mother’s susceptibility to infections.

Other physical changes also take place. The lungs may be affected by the expanding uterus, and the cardiovascular system has to work harder. COVID-19 also can raise the risks of blood clots.

In a study undertaken before vaccines were widely available and before the more aggressive delta variant took hold, researchers from the University of California’s Irvine Medical Center found that COVID-19-positive mothers-to-be were six times more likely to end up in the intensive care unit and 14 times more likely to be intubated compared with pregnant women who didn’t have the virus.

There are growing concerns among doctors that the delta variant is more dangerous to pregnant women than earlier versions of the coronavirus, and that mutations in the strain allow the virus to get into cells quicker.

At Northside Hospital Atlanta, about 98% of the COVID-19 positive pregnant women who end up in ICU are unvaccinated, said Grogan.

In some cases, they are so sick that, after delivering their babies, they are unable to interact with them. “The moms are not spending those precious few hours, days, even weeks with their newborns because they are in the hospital. That bonding time is so important,” said Grogan. “Some babies have had to go home with other family members. It is hard on the entire family. And, in my mind, I feel like this is preventable with the vaccine.”

During past surges, it was rare that pregnant women with COVID-19 ended up in ICU, said Sewell, from Phoebe Putney. Nowadays, “it’s not so rare,” he said.

In the hospital in Columbus, Nipper and her husband vowed to do whatever they could to encourage pregnant women to get vaccinated.

“Everyone has a choice what to do, but you can’t make the choice unless you know what is happening,” said Nipper, who has a 3-year-old daughter, Blakeley. “One thing is I tell people the world is so divided. … This is not about politics, this is personal.”