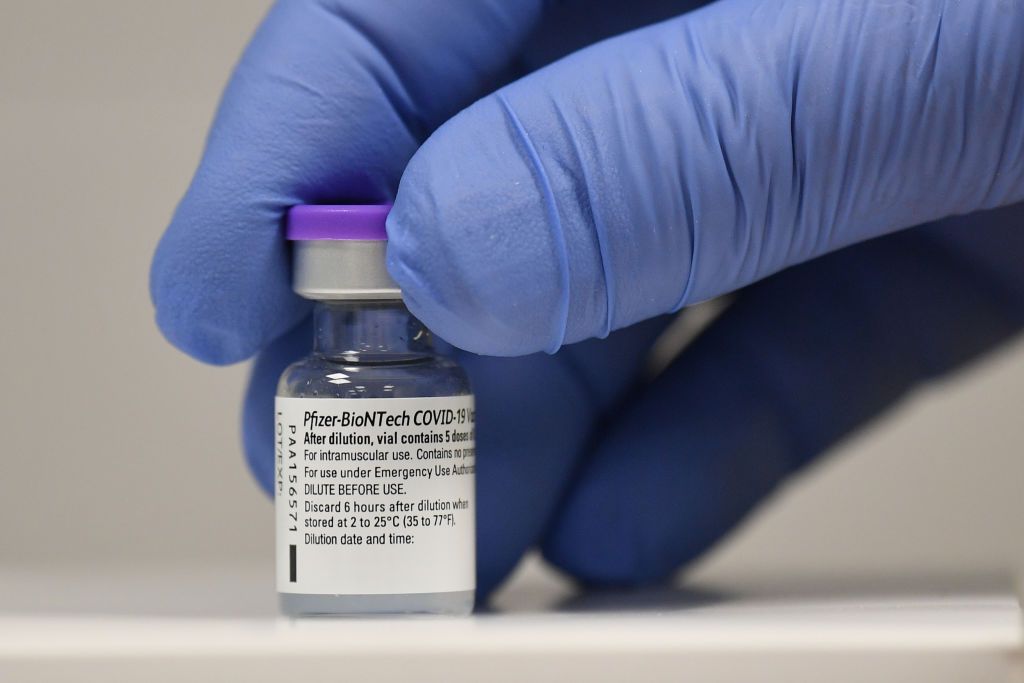 A woman in Italy accidentally received six doses of the Pfizer-BioNTech COVID-19 vaccine all at once, according to news reports.

The 23-year-old woman did not experience any serious side effects from the vaccine overdose, CBS News reported.

The accident happened Sunday (May 9) at the Noa Hospital in Tuscany, Italy, according to CBS News. The nurse administering the vaccine mistakenly injected the woman with an entire vial of the Pfizer-BioNTech vaccine, which contains six doses.

The error happened because the nurse thought that the vial she was injecting had already undergone a necessary dilution step — before the vaccine can be administered, each of the six doses is taken out of the original vial and put into a new vial, where the dose is diluted, CBS News reported.

“She thought that the dilution had taken place,” Dr. Tommaso Bellandi, director of patient security for the northwest Tuscany health authority, told CBS News. “They are both transparent liquids of the same density. Unfortunately, this contributed to the error.”

The nurse quickly realized her mistake, and the patient was monitored for 24 hours at the hospital. She was given fluids and fever-reducing medications as a preventive measure, according to CBS News.

The only side effect the woman experienced was pain at the injection site, and she was released from the hospital Monday (May 10), officials said.

The hospital has launched an investigation into the error.

—20 of the worst epidemics and pandemics in history

—What causes COVID-19 vaccine side effects?

Several other cases of COVID-19 vaccine overdoses have made headlines in recent months, including the case of a 91-year-old man in Ohio who went into shock after he received two COVID-19 vaccine doses in one day, Live Science previously reported.

And in April, 77 inmates at the Iowa State Penitentiary in Fort Madison each received up to six times the normal dose of the Pfizer-BioNTech vaccine due to human error, according to the Des Moines Register. None of the inmates required hospitalization after the vaccine overdose, but some experienced sore arms, body aches and fevers, the Register reported. The two nurses who were administering the vaccine at the prison have been placed on leave during an investigation into the incident, officials said.