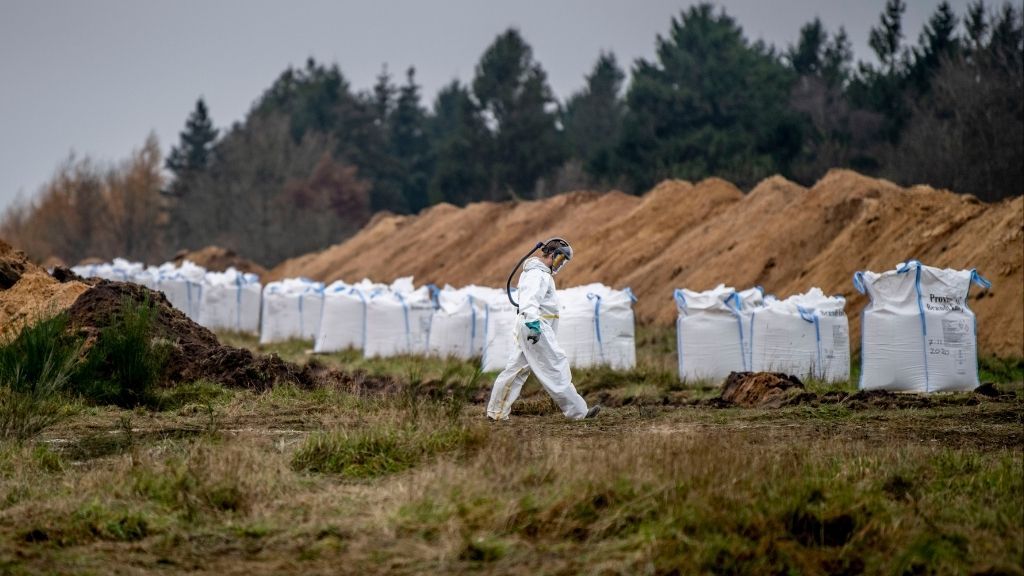 Last year, Denmark culled millions of farmed mink after coronavirus infections broke out amongst the animals. But in the following months, hastily buried mink carcasses began rising up from the ground, propelled skyward by the gases seeping from their decomposing flesh, according to news reports.

In November 2020, Danish authorities announced a plan to cull all farmed mink in the country after more than 200 farms reported SARS-CoV-2 infections among their animals, Live Science previously reported. The virus, which causes COVID-19 in humans, had picked up mutations while spreading among the mink, and the Danish authorities worried that the mutant virus might spill over to humans and worsen the pandemic.

“The other area to be concerned about is having this virus spill into an animal host that becomes a regional or local reservoir for viral infections,” Jonathan Runstadler, professor in the department of infectious disease and global health at the Tufts University Cummings School of Veterinary Medicine in Massachusetts, told NBC News in December. A few thousand mink escape Danish farms each year, so some infected mink could have potentially ventured into the wild and passed the virus to other animals, Live Science previously reported.

Citing these concerns, the Danish government issued its order in early November 2020, and by Nov. 25, “mink on all 289 affected mink farms, and farms within an assigned zone, were culled,” according to the World Health Organization (WHO). Most of the roughly 17 million mink carcasses were burned in waste incinerators, but due to limited capacity, about 4 million mink were instead buried in military areas in western Denmark, Reuters reported.

One of the mass graves lies near a swimming lake and the other near a drinking water source, which raised concerns of water contamination from local residents, Reuters reported. And not long after their initial burial, the mink carcasses began poking up through the ground, like a scene pulled from a bad zombie flick, NBC News reported.

In response to this disaster, the Danish government decided to excavate the mass mink graves, starting in May 2021, and that plan is now finally underway, Reuters reported. Per the plan, the 4 million mink will be dug up and burned at 13 central heating plants around Denmark by mid-July.