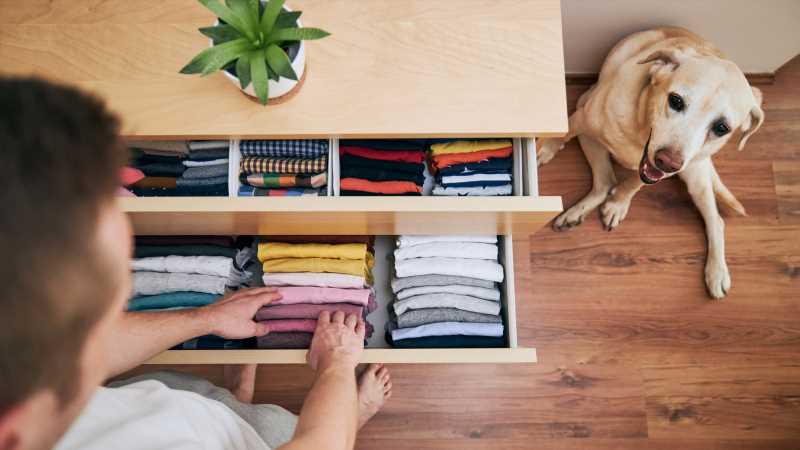 Still sporting underwear from the last decade? It may be time to clear out your delicates drawer. Various blogs and outlets have claimed that the sweet spot in which to rid yourself of old undies is between six months and a year, as noted by Refinery29. That means you’ll have to shuffle in new pairs on a yearly basis, at least — and it’s likely that most people don’t follow that rule.

So, what’s the truth? If you’ve been keeping up with washes, you’re likely in the clear. A professor of microbiology and pathology at New York University School of Medicine, Philip M. Tierno, PhD, tells the outlet, “As long as you’re washing and disinfecting your underwear, and they’re mechanically functional, with no holes, and they’re not soiled, you can keep those. When they become frayed or the elastic stops working, you’ll know to replace them.”

Using detergent that contains peroxide and washing at the highest heat setting your garments will allow can disinfect with greater accuracy. However, Martha Stewart recommends a gentler option. Gale Epstein, president of underwear brand Hanky Panky, explains to the outlet, “We recommend washing by hand in cool water with a mild lingerie wash. Rinse thoroughly, gently squeeze, and hang dry. Never put delicate stretch fabrics in the dryer, as the heat destroys elastic fibers.”

Depending on the luxuriousness of your underwear, you may want to skip the heat to prevent tearing, but for your tried-and-true pairs, consider sticking with powerful cleaning agents.

Even with all of the best ingredients for your wash and the toughest cycle setting, your underwear still hangs on to old bacteria and skin cells, HuffPost reports. With old particles and cells clung on, it can be unsettling to think of putting them back on, even after washing. Luckily, these leftover particles are relatively harmless because the amount left behind is almost negligible. Dr. Philip M. Tierno tells Refinery29, “Washing machines may not kill all the organisms, but there’s another phenomenon, the inoculum effect, which means it takes a certain amount of organisms to cause and infection.”

So, as long as you’re wearing a new pair daily and washing after every use, it’s unlikely that these trace amounts are enough to cause an issue like an infection. If you’re looking for an extra sanitizing boost, you can hang your underwear up to dry in the sun, which works as an excellent disinfecting tool, as well, HuffPost notes.

When it comes to your skivvies, following basic hygiene and replacing them when they start to get frayed should go without saying. But if knowing that your old underwear can hold some bacteria freaks you out, consider getting a few new pairs!