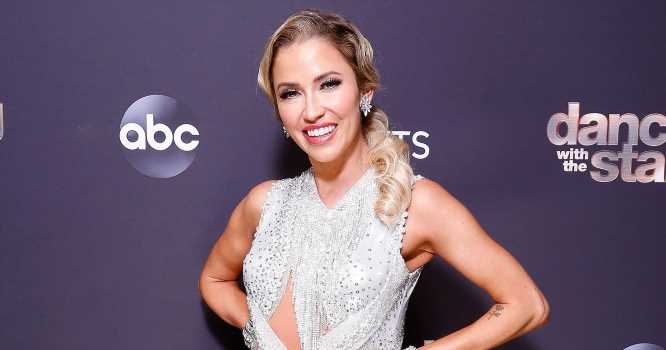 From mirrorball to mom? Kailyn Bristowe opened up about her future family plans with Jason Tartick after her and Artem Chigvintsev‘s Dancing With the Stars win.

“What’s next? Oh, gosh, I don’t know,” the former Bachelorette, 35, told Us Weekly and other reporters on Monday, November 23, after winning the ABC show. “I joked that I was like, ‘I will want to have babies. If I accomplish [this], then I’m ready for the next step.’ And Artem gave me the baby fever, and I’m not against it!”

When the DWTS pro, 38, told Bristowe that fatherhood was “the best thing that’s ever happened” to him after his and Nikki Bella‘s son Matteo’s arrival, the Bachelor alum replied, “I can’t wait!”

Bristowe joked last month that she would “poke holes” in Tartick’s condoms if she won the trophy. “Being a mom is a dream and aspiration,” the Canada native said during an October “Off the Vine” podcast episode. “I genuinely have always wanted to be a mom.”

The New York native, who has been dating Bristowe since January 2019, said that he “personally would hope not” to conceive before tying the knot. “In a perfect world, I would want you to be pregnant after we get married,” Tartick said at the time. “I think that for my kids, not that it’s right or wrong, if you have a — if things happen, they happen — but in an ideal world, like in a perfect case scenario, I think I would want my kids to be married before they have kids.”

This led the banker’s girlfriend to call him “Mr. Traditional.”

Later that same month, the Spade and Sparrows creator revealed in a podcast episode that a card reader predicted her future family size. “She said I’m gonna have two kids and that it’s gonna happen soonish,” Bristowe said. “When she said two kids and soonish I was like, ‘That is probably what will happen next.’”

Celebrity Parents Who Have Twins

News broke in September that she and Chigvintsev were DWTS partners. The pair performed their “Toxic” routine for the second time on Monday, as well as a freestyle dance. “You challenged yourself,” judge Carrie Ann Inaba said ahead of their win. “I know I pushed you but it’s really you who pushed yourself.”

With reporting by Kayley Stumpe