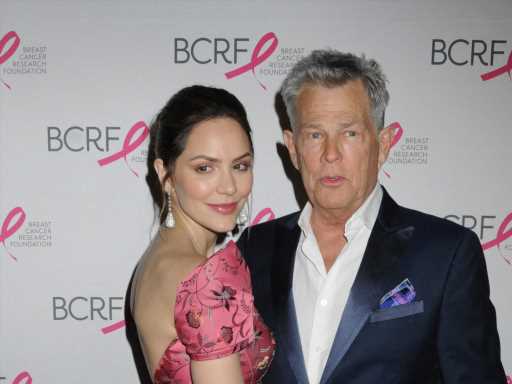 Like all new moms, Katharine McPhee is discovering some of the more, ahem, pronounced changes pregnancy, childbirth, and breastfeeding can have on the body. In an Instagram story, the Smash star thanked her newborn son, Rennie, for her new boobs. 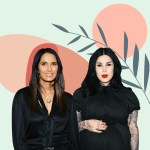 On the photo, which featured Rennie’s hand on his moms breast presumably while nursing, McPhee wrote “Necklaces by @communionbyjoy” and “Boobs by Rennie Foster.”

Rennie, who McPhee shares with her husband, Grammy winner, David Foster (71), was born in February, and in an appearance earlier this week on Today with Jenna and Hoda, McPhee announced the baby’s name, saying jokingly that Foster would “kill” her for spilling the beans.

Later that same day in an interview with SiriusXM’s The Jess Cagle Show, McPhee said Foster was indeed “annoyed” with her and explained why. McPhee told Cagle and cohost Julia Cunningham.

“I said, ‘What was I supposed to say?’ Nothing like, ‘I’m sorry, we’re not sharing the name.’ ‘Cause we don’t want to be that pretentious over the name, but just — it’s the only kind of thing you can hold onto that feels private, you know, that you can kind of keep. But Hoda [Kotb] just asked me on the Today show like, ‘What’s his name?’ And I  didn’t want to be like, ‘Sorry, we’re not sharing it.’

“You can’t say no to Hoda,” McPhee added. “My husband’s friends with her too.”

Before you go, check out these incredible breastfeeding photos.