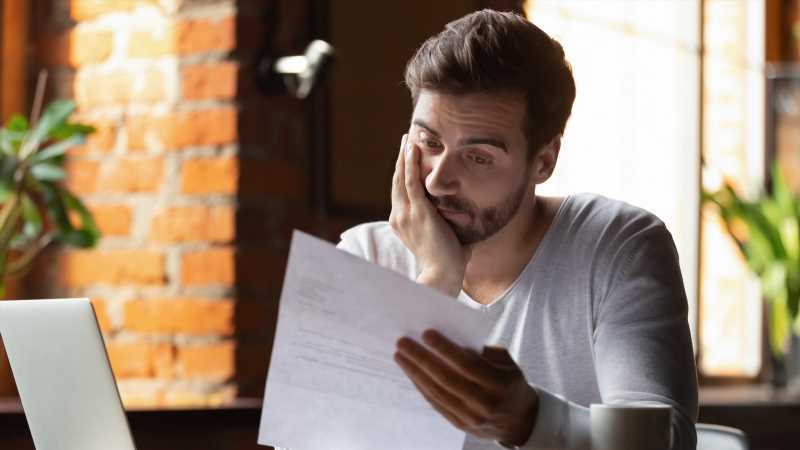 Receiving money as a present is a wonderful thing. The freedom attached to being able to spend it where you choose and on what you like makes the green an excellent gift. Receiving money as a loan? Still great, but it doesn’t come with nearly as much freedom.

Don’t get us wrong, signing up for a loan isn’t a bad idea. Nearly 45% of Americans took out a personal loan last year (per Finder). And these days, it is almost necessary if you want to continue with your education or purchase a new home. But there are some types of borrowing that could lead to the resemblance of a horror film centered around debt (we’re already shaking at the thought). Here are a few types of loans you should think twice about signing up for.

It may be fun to charge a little extra something on the shiny plastic every now and then, but make sure you have the actual money to pay for that special something when the time comes. Your credit card acts as an upfront loan when purchasing goods. And not being able to pay off that loan quickly can result in credit card debt. The average credit card interest rate is a whooping 14.58% for existing customers (via PureWow). So even if you are paying off the requested minimum balance every month, your debt is still increasing. This is a type of debt that can feel like you’re in never-ending quicksand.

Raise a skeptical brow to anyone offering quick cash

The second type of loan to avoid is a payday loan that comes from payday lenders. You’ve probably heard them on the radio, or seen their huge billboards promising to lend you wads of cash as soon as the next day. We get that this type of announcement can sound like music to our ears when you are in a stressful, can’t-sleep-at-night financial bind. But consider the math. An example of a standard payday loan of $200 would commonly come with a $30 fee. This amounts to a nearly 400% annual interest rate (via Wisebread). Those sneaky lenders.

And finally, stay away from the rent-to-own loans if you can. A rent-to-own loan is a type of agreement where you can purchase something in installments instead of upfront (via PureWow). We know it can be thrilling to walk out of a store with a brand new laptop without having paid for it. But oftentimes you will end up paying more than the original price through hidden costs and late fees. So if you’re in need of a little extra green, remember to think twice before choosing an option that could make you the lead character in that debt-themed horror film.